AyurvedaSofia / Blog / Ayurveda – an opportunity to cure everything

Ayurveda – an opportunity to cure everything

In the fast-paced age and globalization we live in, we seem to have access to all the latest inventions in science. In the world of medicine and innovative technologies, it seems that there are no more unattainable heights.

At the same time, however, it turns out that there are still conditions and diseases that are difficult to treat. In such moments, we look for the best natural and harmless ways to support our treatment.

Ancient civilizations have had methods of survival and counteraction to various diseases since time immemorial. Indian traditional medicine has been evolving for more than two millennia.

Originated, of course, as a folk medicine in tribal communities, it is collected in written monuments, dating from the middle of the last millennium BC.

Many Europeans are still unable to distinguish between the traditional teaching of Ayurveda and the New Age trend inspired by it.

The fact is that in both cases there are alternative treatment systems from the point of view of conventional (modern) medicine. Man is seen as a whole complex of energy, spiritual and material aspects of his existence.

Institutionalized health care in the West views diseases as a set of symptoms related to malfunction or disease processes occurring in a specific part of the body.

In contrast, individual schools of Ayurveda unanimously view all conditions as a separate symptom of a specific imbalance that occurs throughout the body. 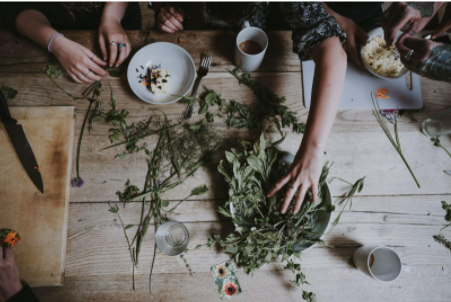 What is Ayurveda and what do we need to know about it?

In Ayurveda, whether classical or not, it is believed that each disease has an individual manifestation in different patients. For this reason, the therapy should be prescribed according to the characteristics of each of us, and not to make a general diagnosis and apply a standard treatment for all those suffering from it.

Man's unique energy balance in Ayurveda is called a constitution. It is decisive for the diagnosis and treatment of each individual.

Both currents draw wisdom from ancient texts and seek natural therapies to deal with various diseases.

However, there are some very significant differences. New Age Ayurveda does not use surgical methods of therapy , unlike classical medicine, for which there is evidence in ancient times that surgical interventions were performed when necessary. 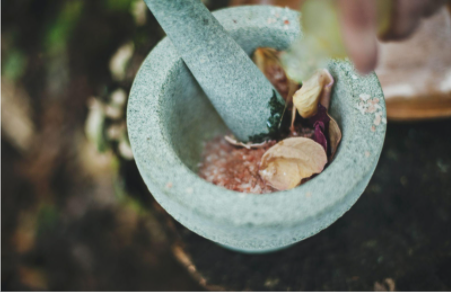 On the other hand, New Age followers apply acupuncture procedures and massages on the so-called marmas – the energy centers in the body, quoted in the first written anthology of Ayurveda – Sushruta Samhita.

Classical Ayurveda , however, adheres to the letter of this text without deviating from it. It is true that Sushruta talks about marmas and their importance, but he also mentions that any pressure or injury (for example with needles) on them is contraindicated and leads to disruption of energy harmony.

In classical Indian medicine, treatment is performed so as not to put direct pressure on these centers.

We will dwell on the details of classical Indian medicine as it has been passed down from generation to generation for thousands of years. This is a wonderful holistic science and philosophy that relies on a deep knowledge of human nature, as well as the arsenal of plants and extracts it uses. 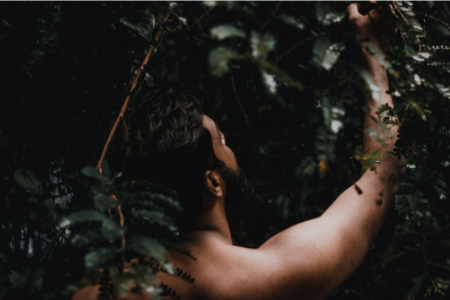 Today, it is studied in institutes and colleges in and beyond India. Prescriptions for medicines recorded in ancient monuments are being tested empirically in the laboratory. It is no coincidence that natural remedies of Indian healers to this day inspire a number of discoveries of modern pharmacologists.

A large number of medicines are developed on the basis of herbal extracts with extremely powerful natural qualities. Classical Ayurveda welcomes modern medicine in its attempts to study and prove the healing properties of the remedies given to us by Mother Nature.

Preventive measures actually play a key role in Ayurvedic treatment. Balanced diet , which brings us enough vitamins, minerals and necessary nutrients, as well as drinking herbal decoctions and regular massages and movement are the perfect way to maintain the natural harmonious state of our body.

Tea tree, hibiscus, cumin, cardamom – they are all just some of the miracle natural remedies we can use to fight various diseases. The queen of herbs in Ayurveda is Ashwagandha .

In Asia, over the years, it has earned the nickname Indian ginseng because it can help with many conditions. Plant extracts are also used, which are also known in our country as rooibos. , cinnamon, fenugreek, chamomile, etc.

Physiotherapy is also central to Ayurvedic treatment. Depending on the type of stimulation and the specific centers affected, we can get many benefits from Indian massage.

As we have mentioned more than once, Ayurveda's greatest strength lies in prevention, and its key determinant is food. In its preparation, one must also know the principles of Indian medicine and comply with the menu with the specific constitution of the patient who eats.

Since ancient times in India, people have adhered to motor culture and maintaining the body's energy tone . In Ayurveda, this is achieved through yoga exercises. These practices can be very useful and even key to overcoming certain diseases , especially if they are well calibrated according to the individual needs of each patient.

In yoga, there is a special class of energy exercises called mudras. They are meditation techniques that are performed with the fingers and palms of our hands. Different mudras stimulate different centers and can help us overcome a number of conditions.

So-called breathing yoga is a set of exercises called pranayama. They help us increase the effectiveness of our meditative practices, as well as act therapeutically by saturating cells with oxygen, stimulating the detoxification of the body and last but not least through the vibrational effect that breathing has on our internal organs.

If properly prescribed, evaluated and dosed, jurveda therapy can rarely be contraindicated. To make sure you leave yourself in the right hands, research in advance and make sure that trust only experts in this field.

Regarding yoga exercises, if you have decided to support your overall Ayurvedic therapy with them, make sure you know what you are doing. You can even practice at home, as long as you know the asanas and perform them correctly.

Ask a specialist what practices are most helpful in your condition. If you're still new to the field, sign up for instructor classes to make sure you don't hurt yourself.

How to get the most out of your treatment?

No matter how powerful therapies we use, whether alternative or from the arsenal of conventional medicine, the only way to overcome disease is to mobilize ourselves against it. Here's the key.