Prakruti is a concept in Ayurveda that reflects the human nature, nature. Here, however, an important refinement has to be made – Prakruti refers to the essence of each individual which is given from birth and is unique. Without comparing people, because for Ayurveda everyone is a divine creation, Prakruti explains the differences between them. There are obvious differences – physical, psychological, mental activity – even between people who have developed under the same circumstances, traditions, culture, and so on, for example, between children in every family and even between twins.

Ayurveda perceives these differences as normal states of certain self-sufficiency. For example, if we take Doshas, for each one there are some features which are more general.

Vataare emotional, sensitive, but often inconsistent; Pitta are pragmatists, they are usually progressive, they get enthusiastic easily; Kapha are more relaxed, slower, more prone to inaction.

None of these qualities are described by Ayurveda as good or bad – they are simply facts. The same applies to some peculiarities in relation to external influences. Vata does not feel comfortable with the cold, and the Pitta loves the winter, but this difference does not mean “better” or “worse”, it's just a fact.

This is because, for Ayurveda, every person is a manifestation of the Divine providence set before one’s birth. For this reason, Prakruti includes not only the “predetermined fact of life” of each person, but also the state before his or her creation. The unique fact of life also includes the determined energy ratio in the body, and respectively in the Dosha, and self-awareness, self-observation, and development.

Thus Prakruti is in fact a comprehensive concept of self-awareness of our individual peculiarities as something unique, our needs in relation to these peculiarities and our adaptation to external influences. This has a direct relation to the lifestyle guidelines and the maintenance of optimal health such as unity of the body, psyche, and mental activity.

Self-awareness and development — the main goal of Prakruti

As we have mentioned, Prakruti is a concept that includes different aspects of individual human nature as the energy state of certain equilibriums. But it is also a concept because it has a goal — self-awareness and self-knowledge through self-observation of the processes in the body. This helps to adapt to changes in the environment, maintain the relationship and balance with natural processes, cycles and energies that are the basis of human health. Self-awareness is also an important prerequisite for a person to go his or her way, and to achieve Moksha, the highest level of consciousness in which you are free from the material and realize the divine beginning in yourself.

And vice versa — if one does not realize his and her essence and what is needed for it, one easily makes mistakes in his or her way of life, and they lead to virkruti — disturbing the balances in Prakruti. From there begin the various diseases – both of the body and of the spirit, that interfere with each other.

The guidelines for following the set-ups of nature include both taking into consideration the changing of the seasons and observing the 24-hour natural cycles to take into account the overall daily regime – personal hygiene, work, rest, spiritual activities, sleep.

Here, food and way of eating have to be mentioned separately because mistakes in them are the main causes of diseases. Following Prakruti has also a preventative role – among the main positions in Ayurveda is that prevention is better than curing of the diseases.

One does not just have to understand their personal energy state of Prakruti, he or she has to realize it. Then one gets motivation, including mobilizing themselves with the treatment they need.

As it is well known, Ayurveda gives great importance to the patient's activity as a positive attitude, a belief in healing, thoughts centered on the healing process, exact compliance with the prescriptions. There is even the saying that the patient should be part of the treating team.

What Prakruti categories are there?

Prakruti is a conceptual notion in Ayurveda about the nature of the individual, defining his or her whole life. This includes physiology, emotions and thought. It determines their character, their tastes, what is useful and what is harmful to them, even their predisposition to specific diseases. Therefore, in the case of Prakruti, various significant factors are taken into account. 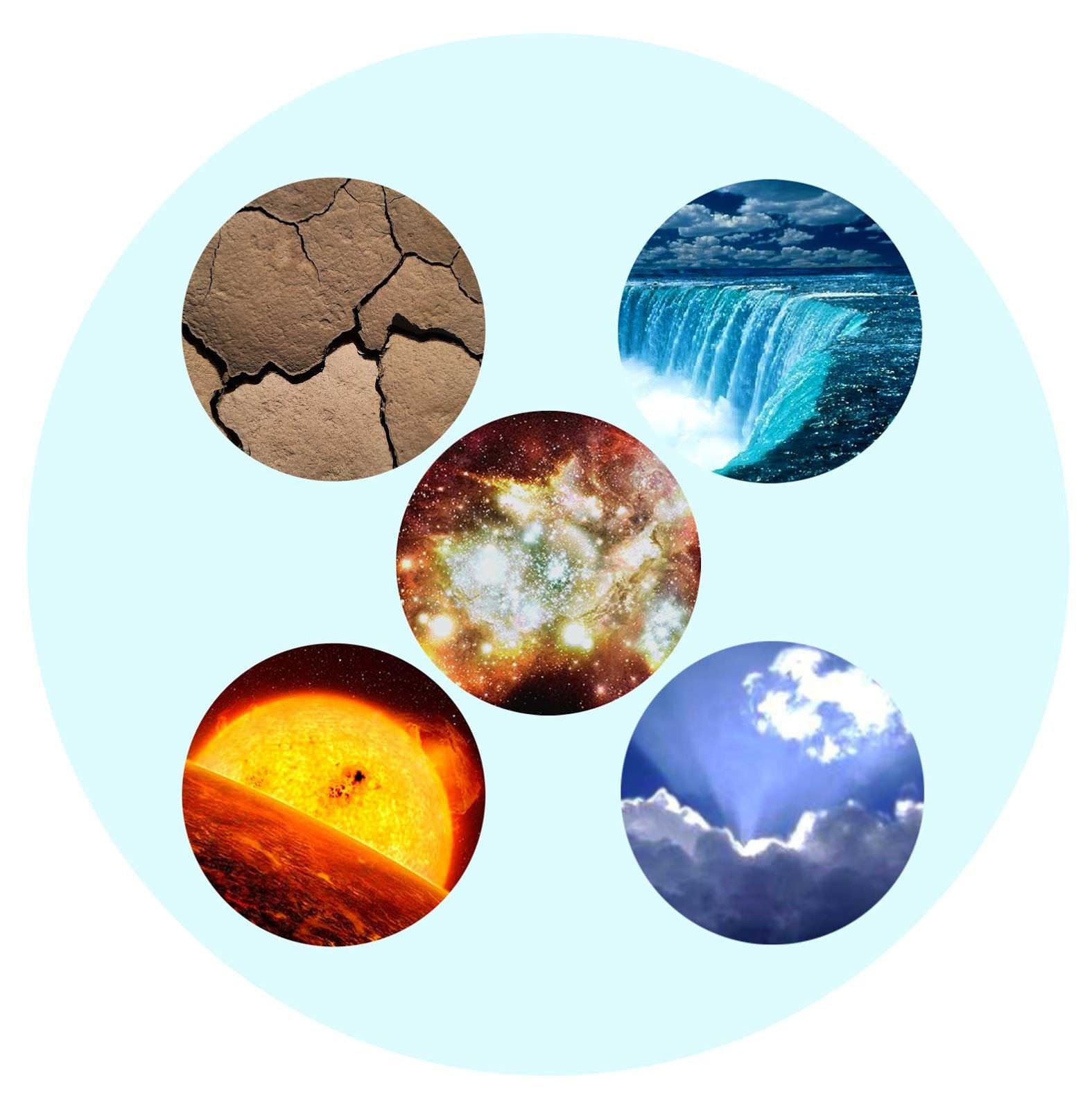 Among the main ones are the universal energies from which everything in the universe is built, destroyed or transforms everything in the Universe according to the given overall balance. On this basis, we can speak of five categories according to which element has a dominant influence in the body. For Prutvi, it is Earth; Jala corresponds to Water; Vayu corresponds to the elementAir; with a strong domination of the element Ether, we have Akash and Agni – if the element Fire dominates with its qualities.

If we take Doshas as a starting point, the different Prakrutis are based on the dominant energies in the body. As it is known, they are basically three ~ Vata, Pitta, and Kapha, which also defines the prakrutis of the same name, but it can also happen that two of the energies are dominant.  Then prakruti is also according to the corresponding dosha defined by the given combination Vata-Pitta, Pitta-Vata, Vata-Kapha, Kapha-Vata and others. There is also an option to influence all three types of energies.

There are categories according to the three minds of consciousness that are related to the mechanisms of the psyche and mind. These are three properties, qualities of reason. According to them, we are talking about Satva, where a person has a balanced, calm spirit /shanta/; about Raja – restlessness, excitement /ghora/ and tamas, where people are low-spirited, it is associated with ignorance and even feeble mind /mudha/. It is believed that for prakruti gunas are prime elements.

However, prakruti is determined primarily on the basis of the types of Doshas, and it should be remembered that each of them depends on the combination of the five elements of the Creation that was set at the birth of a person. There are three types of nature essence – prakruti Wata, Pita prakruti and prakruti Kapha.

The determination of a person's prakruti - his or her natural essence - is of crucial importance to their health. Their body type, the stronger and more vulnerable parts of the body, organs, systems, predisposition to certain diseases, temperament, attitudes, harmful and useful foods, diet, appropriate and inappropriate medication, etc. ar defined on the basis of prakruti as a state of energy balance in the body. 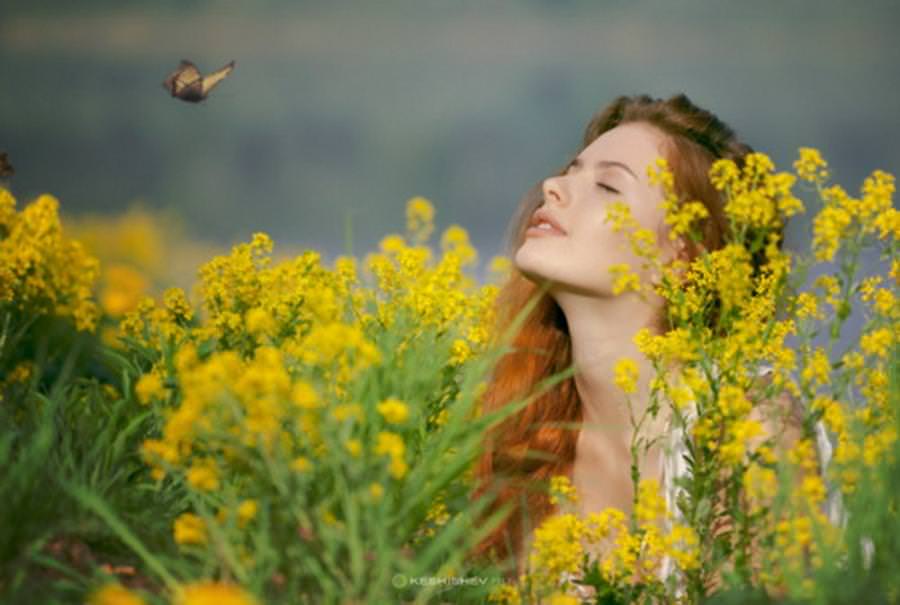 In fact, it is the way of define the way of life that is beneficial for them to protect them from diseases. Therefore, it is especially important to know and maintain the primary state of prakruti.

Typically - for most people - because of the conditions and lifestyle, including nutrition, with the years prakruti is not kept in absolutely pure form. Therefore, there is a definition of "vikriti" - the current state of energy balances. If there is a significant disturbance of the naturally set equilibrium, an unnatural condition occurs, which confuses the functions of various organs in the body, and since they are in interdependent systems - it leads to disease of the whole organism.

That is why the goal is the current state - vikriti - to get the the closest to the ideal model of prakruti for that person. The best option is to unify them - it achieves perfect health and activity for years. For Ayurvedic followers, the active 120-year life is realistically achievable.

It is therefore necessary for a person to know their natural body type in order to live their life in accordance to it. This way you can avoid the diseases. According to Ayurveda, they arise precisely because of the disturbed balance of the Doshas - the increase of one at the expense of another or the others. And if you know prakruti, you will be able to regain the normal balance in the body. In addition, it will be easy to predict the vulnerabilities of the body and prevent it.

For the safe and accurate determination of prakruti, it is best to seek an Ayurvedic specialist. Firstly, because it is necessary to systematize and compare multiple signs for the different combinations. Secondly, an inexperienced person would easily be misled by the current features of the vikriti, which should also be taken into account. 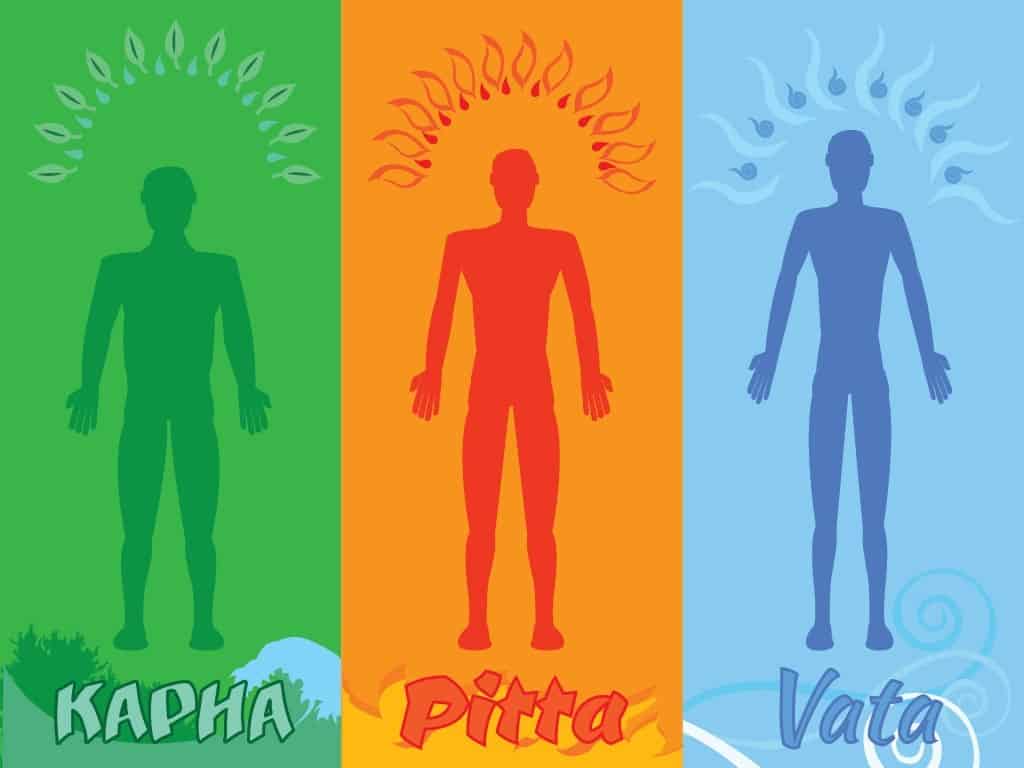 They can be influenced by many factors, including emotional states, even from the relationships with others. In addition, people are hardly objective in their own judgment. Therefore, if a person decides to get his or her own prakruti status without assistance from a specialist, it is good to seek advice from people who know them well - relatives or friends.

There are some more characteristic signs that can guide a person to the major types of prakruti.

For example, in the case of Vata prakruti, the body is thin, the height is either quite high or comparatively low. Bones and fingers are also thin, the neck is also light and thin. These features have been characteristic ever since childhood. The forehead is narrow, the skin is relatively dark, as with sun tan. Hair is dry, hard and dark, especially in childhood, it is curly. When gaining weight the fat depots are concentrated in the waist.

In the case of Pitta prakruti, the body has a good physique without being big, it is rather average, it can be defined as athletic. Bones, fingers and neck can also be defines as “medium”.

The accumulation of kilograms is distributed evenly over the body, the skin is relatively light, often there are freckles, it is vulnerable to sunlight. Hair is light of color and thing, in childhood it is pronouncedly blond. A person with Kapha prakruti is big, even full, with massive jaws and thick neck, fat deposits are in the thighs. The forehead is wide, the bones are thick, heavy, the fingers are relatively short, and the skin tone is even. The hair is thick, heavy, wavy, especially in the childhood years, for which corpulence is also typical.