Ayurveda: In order for food to be beneficial it has to be tasty

For Ayurveda followers, food is not just taking substances and satiating the hunger. It is something more – through it people are charged from the vital energy of nature. 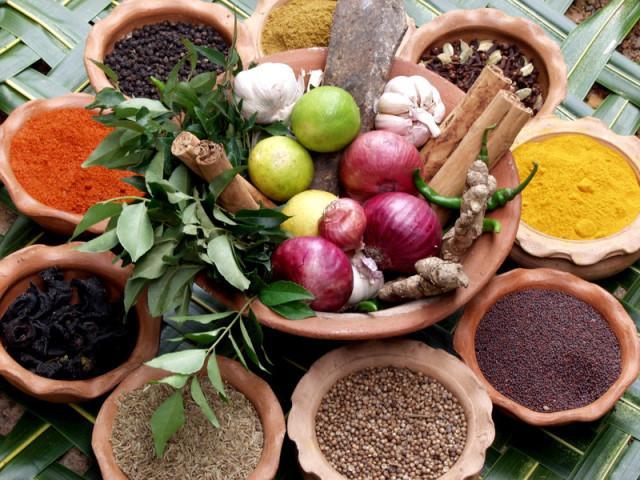 In order for this to happen, however, food has to be tasty. If a person does not like the dishes served then these cannot pass on their energy and are not beneficial. This is true even for food cooked from products that are benefitial on their own.

The dishes should include all 6 tastes – salty, sweet, sour, bitter, tart, hot. This does not mean an abundance of dishes for every taste – not only is this unnecessary for the body but overeating is harmful.

There are many Ayurveda recipes for blending tastes and different spices are also used. There are recipes to stimulate appetite: soups, salads, main dishes, desserts, drinks.

Ayurveda recipes for stimulation of appetite and digestion

To stimulate the appetite at lunchtime, which is basic, there are numerous Ayurvedic recipes. Some are more universal, others are usually used in given seasons, different herbs are also used, and are also suitable for specific diseases. The aim is to activate digestion by igniting its fire Agni. 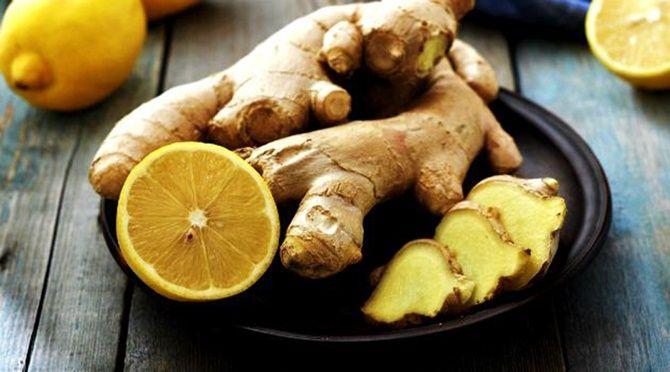 Traditionally, about 2 grams of ginger, lemon juice and rock salt are used. Drink a sip of water and then chew the piece of ginger. There are many other options – cabbage soup with spices, roasted wild fennel seeds, etc.

Mung bean sprouts, cooked and seasoned, are beneficial as an appetizer in the case of any disease. Vegetable soup or broth of boiled vegetables is used when suffering from stomach disorders.

There are also Ayurveda recipes for mango papad, Anarasa, with bananas and many more. Mango papad is prepared from the sun-dried mango pulp and sugar; it is also common for the summer. Anarasa is also a summer recipe, it includes unrefined palm sugar, poppy seed, rice, and ghee.

Bananas can be used to stimulate the appetite by cutting them into pieces, adding salt and tumeric and frying them.

Various herbs are used to increase appetite, either alone or in combination. These include ginger powder, coriander, curry leaves, tamarind, fenugreek seeds, cumin, mint, and so on.

Traditional in Ayurveda is the Rassam soup. It is made with 2-3 medium sized tomatoes cut in small pieces. In a saucepan heat the ghee in which on a moderate fire fry a teaspoon of mustard seeds. When it starts popping, add a little bit of hot pepper, turmeric – one teaspoon, asafoetida – two or three pinches, 7-8 curry leaves. 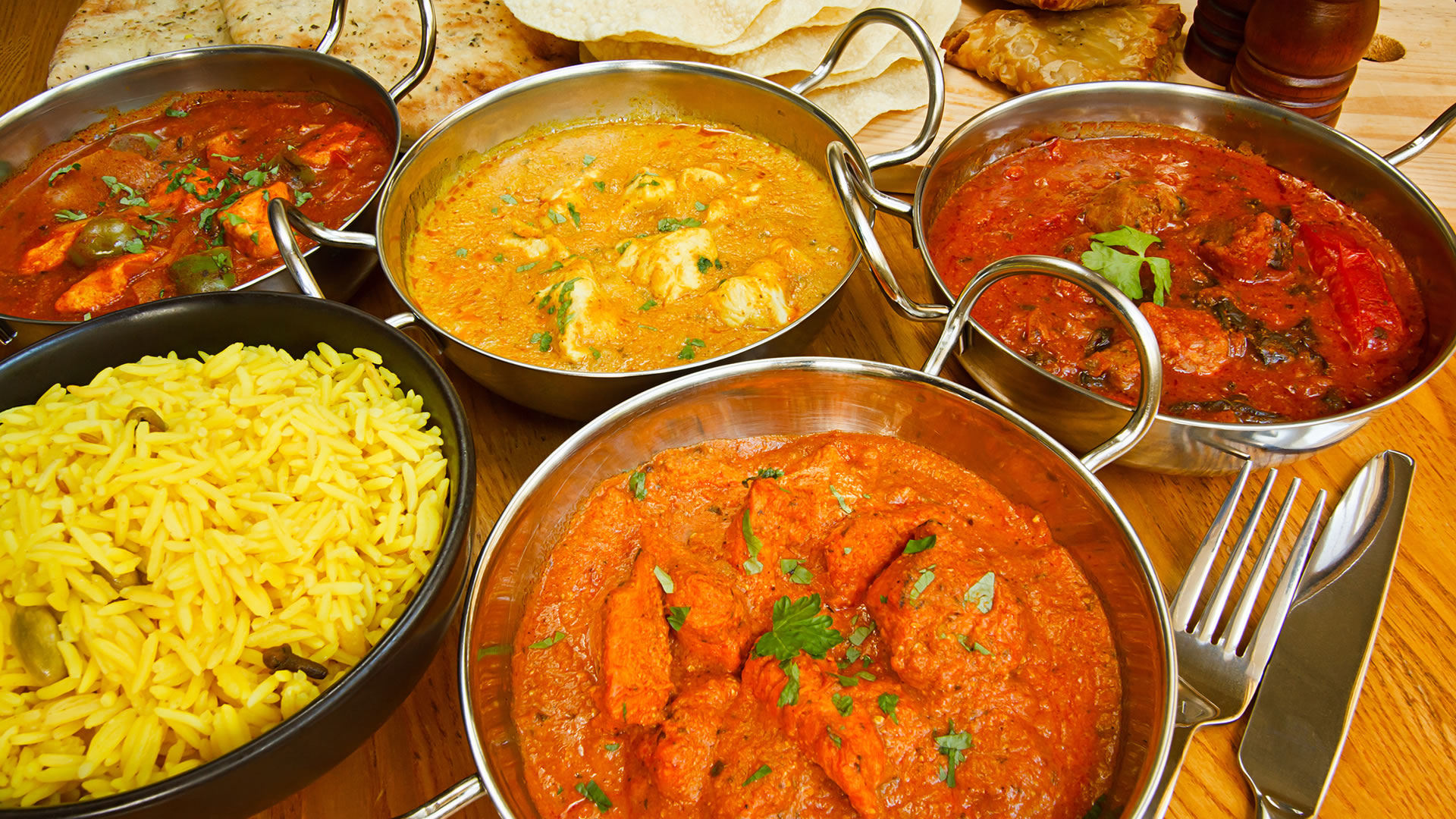 Fry for about 10 seconds, pour in the tomatoes and stir well. After about 2 minutes, water down to obtain a thin soup. Add some tamarind paste – half a tablespoon and then boil, afterwards leave to cook on a slow fire until the tomatoes fall apart. Sprinkle with mint or coriander which have a cooling effect. For Pitta dosha, the hot pepper and asafoetida should be removed and the amount of mustard seeds reduced in half.

Among the Ayurveda soup recipes Sambar is also very popular. It is thick with a sour and spicy taste. Tur dal – 1.5 cups, soaked in overnight. Pour 3-4 cups of water to boil in a saucepan and add asafoetida – two pinches, turmeric - half a teaspoon and the dal (lentils). Once it boils, remove the foam. Leave the dal to cook on a slow fire until it softens without overboiling it.

Heat the ghee in a saucepan on a slow fire and brown for about twenty seconds a teaspoon of cumin and seeds of mustard, half a teaspoon of fenugreek, 2 pinches of asafoetida, and some 10 curry leaves.

When spices release their aroma, add vegetables chopped into small pieces – tomatoes, zucchini, carrots, turnip, green beans – a total of 3 tea cups. Stir to grease them. Cover with a lid and leave to cook on a slow fire for 5 minutes.

Afterwards, add sambar masala – as much as a tablespoon and 3 tablespoons of tamarind paste, add salt and stir. Pour hot water around a centimeter high and leave for a few minutes under a lid on a slow fire so that the vegetables do not soften. They are added to the dal and more water also added but not much – it should be slightly thick. Leave for about 10 minutes to cook on a slow fire until the dal is slightly overboiled.

Ayurveda baker's goods recipes are varied – only the bread types are at least 15. They can be made from wheat flour, corn flour, tapioca, rice, millet and others. They may be salty, sweet, with a variety of vegetable fillings. 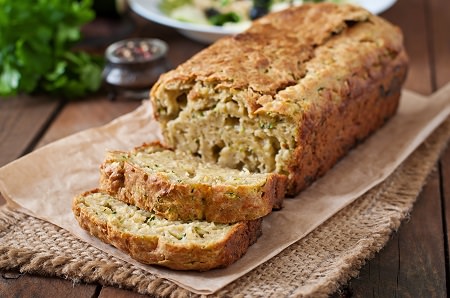 One of the traditional bread tpyes is the flat Chapati. Whole wheat flour is used, from which two teacups are needed. They are mixed with a quarter of a teaspoon of salt. It is kneadd with lukewarm water for a few minutes until a soft dough is obtained that does not stick. Leave it for about twenty minutes. Afterwards, make balls from the dough with the size of a walnut, sprinkle with flour and rolle them out into thin circles with a diameter of fifteen centimeters.

Put the small loafs in a preheated pan and turn them over evry 7-8 seconds drawing spirals on them until they puff out. Then spread with the purified Ghee butter on them.

This bread also has a variant with stuffing – Pratas. For its making, a lot of Ghee is used and the filling can be of spinach, fresh cheese, potatoes and a combination of vegetables.

Other Ayurveda baker's goods recipes are based on rice or lentils with sourdough. Dosa bread is traditional in the southern parts of India; it is made from grated fermented rice that has been left overnight. It is fried with a mixture of lots of vegetables and spices.

In the southern parts there is also a kind of a pancake – pesarattu. Soaked mung dal beans are used for its making. Nesarattu is prepared with hot peppers, onions, coriander leaves and ginger root and coriander leaves cut into small pieces. Most often served with a coconut or tamarind chutney.

Preparing drinks from Ayurvedic recipes aims for better digestion and increasing of the body energy. Different types of milk also have a particular purpose. 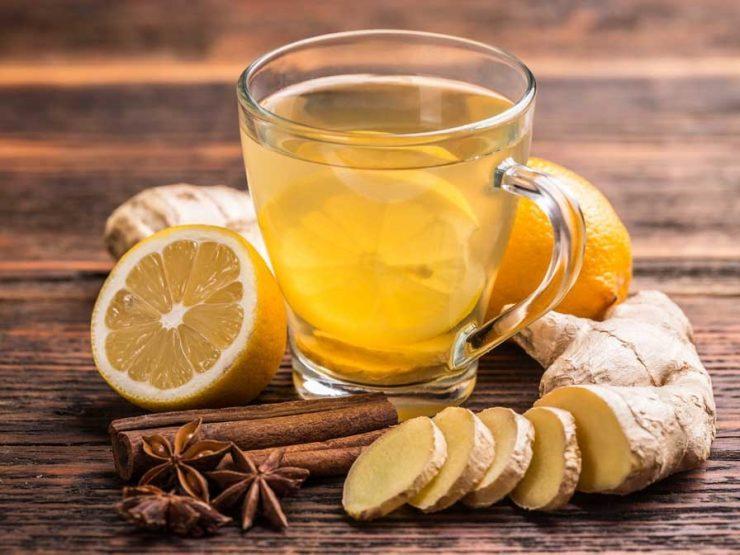 As drinks, Ayurveda followers use a variety of fruit and vegetable juices as well as teas and various spices can be added anywhere depending on their effect.

Juice made from grapefruit, water and added sugar helps digestion and so does cumin with water. Pumpkin juice is good for slimming, and gourd juice is also used for the same purpose.

Ayran with added cumin powder or coriander powder is suitable for the summer. Another refreshing drink is Nibu pani. It is prepared from water and lemon by adding salt and sugar. Vetiver juice also has a coolikng effect – a grass plant, known as khus grass, also an Indian knotgrass. The juice is diluted with water. Mint, cucumber and watermelon juice diluted in water also have a cooling effect.

Among the Ayurveda milk recipes, cow's milk is most commonly used. If ginger powder and turmeric are added to boiled milk with sugar, it can be used to help with a soar throat. Milk with almonds and sugar gives strength. In fact, generally boiled milk is easily absorbed and enhances immunity, especially if used with herbs.

Goat milk can replace mother's milks because it is easier to absorb. Water buffalo milk helps with insomnia but it is heavy and difficult to digest. Raw milk is also heavy but adding turmeric and dried ginger to it can make it easier to digest.

Recipes for Indian desserts are varied in different parts of the country. They are usually fried and soaked in syrup, but there are also many dairy desserts. 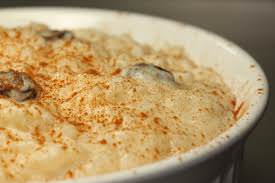 In general, almonds, nutmeg and cardamom are used. Both fruits and vegetables can be used separately or in combination. Carrot halva, for example, is made of milk, sugar, ghee and a grated carrot along with dried fruit. Mung halva is made on the same principle replacing carrots with mung dal.

Halva can also be made of almonds. Rabri is boiled down milk by which pink color is obtained. Sugar, nuts and spices are added to it; it is served chilled.

A very popular Indian dessert is Khir. A pinch of saffron is soaked into a spoonful of boiled milk and left to stay. Half a cup of ghee is poured into a pan on a medium fire. Once it is warmed up, place 4 bay leaves and stir for about half a minute. Add half a cup of crushed rice and stir until color is obtained.

While stirring, add 8 cups of milk and the soaked saffron, as well as nuts – a tablespoon of crushed pistachios and almonds, the almonds being peeled. Sugar and cardamom are also added. When it comes to the boil, stir on a slow fire until thickening. Afterwards remove it from the fire, take out the bay leaves cover with a lid.

It is served chilled. If it is a standalone dessert, it is served with lemon juice, sweetened with brown sugar, optionally fresh mint sprigs can be added.