There are no parents who would like to see their child suffer.  Unfortunately, every child can develop allergies, but they are more common in children from families with a history of allergies. Because it is not possible for parents to control absolutely everything their child is exposed to or eat, instead they should focus on observing the symptoms of their child.

The child inherited his predisposition to allergies. For example, if one of the relatives has hay fever or allergies to pets, then the child has between 40 and 50 percent probability of having some of these allergies. The percentage increases from 75 to 80 when both parents have allergies.

Early identification of childhood allergies means that you will be able to do something earlier to improve your child's quality of life. You'll reduce the number of missed school days and avoid the need to use hospital or holiday days to take care of it. If your son or daughter has an allergic problem, take control of the situation and consult an allergist today.

Allergies are abnormal reactions of the immune system to things that are usually harmless for most people. When a person is allergic to something, the immune system mistakenly believes that this substance harms his body.

Substances that cause allergic reactions-like some foods, house dust, pollen from plants and flowers or medicines-are known as allergens.

Allergies are a major cause of illness. For example, it has been found that 50 million Americans, including millions of children, have some type of allergy.  Allergies cause about 2 million missed school days each year. 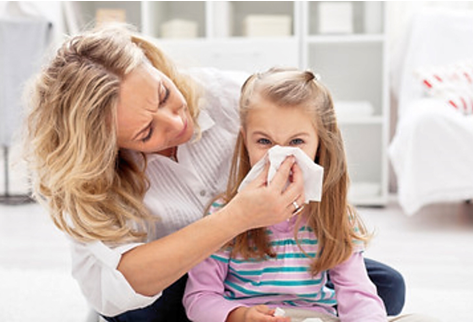 How does the allergy happen?

Allergy occurs when the immune system overreacts to the allergen, treating it for invader, and trying to fight it out. This causes symptoms that can range from annoying to serious or even life-threatening.

In an attempt to protect the body, the immune system makes antibodies called immunoglobulin E (IgE). Then these antibodies cause certain cells to secrete chemicals (including histamine) into the bloodstream to protect themselves from the "invader" of the allergen.

It is the release of these chemicals that causes allergic reactions. Reactions can affect the eyes, nose, throat, lungs, skin and gastrointestinal tract. Future exposure to the same allergen will cause this allergic response again.

Some allergies are seasonal and occur only at certain times of the year (for example, when I increase pollen in the air). Others can be provoked at any time when the child comes into contact with the specific problematic allergen.

What are the symptoms of allergies?

Allergies can manifest as tiredness, itching in the eyes, sneezing, stuffy nose, tightness of the throat, difficulty breathing, vomiting, and even fainting.

Children with severe allergies such as those to food, medicines or insects may be at risk of a sudden, potentially life-threatening allergic reaction called anaphylaxis. Anaphylaxis can occur only seconds after exposure to an allergen or up to a few hours later if the reaction is from food.

Therefore, doctors want anyone diagnosed with a life-threatening allergy to carry an epinephrine autoinjector in case of urgency. Epinephine acts quickly against serious symptoms of allergy; For example, it reduces swelling and increases low blood pressure.

Allergy symptoms caused by allergens in the air

Air allergens can cause something known as an allergic rhinitis, which usually develops at 10-year-old, reaches its peak in teenage or early twenty years and often disappears between the ages of 40 and 60 years. 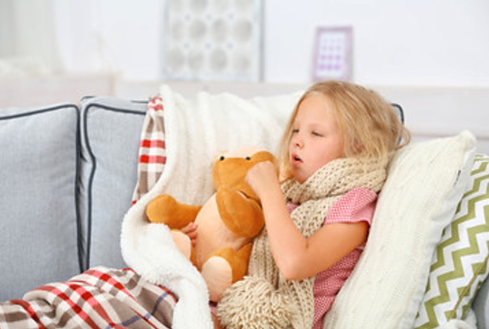 Symptoms of allergy to food, drugs or insects:

The prevalence of food allergiesamong children increased by 50% between 1997 and 2011, and allergic reactions to food have become the most common cause of anaphylaxis.

Allergic reactions may vary. Sometimes a child may have a mild reaction that affects only one body system, such as a fever on the skin. Another time the reaction can be more serious and involve more than one part of the body. A mild reaction in the past does not mean that future reactions will be mild. M foods have become the most common cause of anaphylaxis. 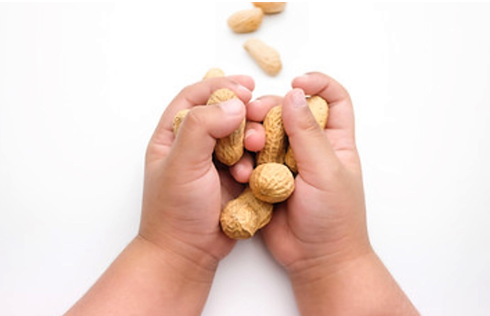 Ayurvedic agents for the treatment of allergies and asthma

Lays is a Ayurvedic practice consisting of the putting up of herbal drops of oil in the nose. This practice moisturizes the dry nasal passages, delivers the benefits of herbs directly in the nose and protects the allergen from irritation of the nasal mucosa. Drip them into your child's nose every night before bedtime.

Use spices such as ginger, cinnamon, pepper, turmeric, cumin and cayenne when cooking the food for the child.

This helps purify the allergens and mucous membranes.

Surely your child would not want to hear this, but the diet definitely matters when it suffers from allergies. Most people suffer from Kapha type of allergy symptoms-sinus congestion, sneezing, itchy eyes, fatigue. That is why it is important in the season of allergies and even a few weeks before you start removing some things from your child's diet. These include; Milk products, wheat, fried foods and cold or icy drinks. 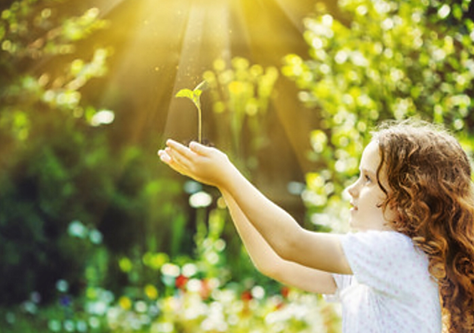 Tell your child about allergies, as well as what happens if it or any of their friends have an allergy. This is an important step towards the safety of the Cubs. Ayurvedic treatment, enhanced by the natural strength of its organism, will help your child to feel better than ever.