Ayurveda – The science of holistic health is expanding to include cosmic forces. Human well-being is affected not only by our physical, mental and spiritual health but also by the energy radiated from the planets.

Healing metals have the power to neutralize the negative energy that can come from space, healing the human body at a subtle energy level, as well as the physical. According to this belief system, copper, gold, silver and iron in Ayurvedic medicine play a vital role in maintaining our well-being.

When they come in contact with human tissue, their electromagnetic energy affects the body at the cellular level. They design an astral light that counteracts the unwanted negative cosmic energy. That's why some people wear silver or gold healing jewels that are not just for decoration.

In Ayurveda, all matter contains the energy of the Universal Consciousness

It is all a manifestation of this energy. Natural substances, like some metals, contain vital energy reservoirs known as prana, so they are suitable for healing, strengthening and protecting the human body.

Even in pure metals, some toxins may be present, so in Ayurvedic medicine all healing metals, including copper, gold, silver and iron, must be thoroughly purified before use. The element is usually heated and then treated with a natural substance such as butter, buttermilk or melted butter (medicinal clarified oil). If you want to use metals for specific treatments, consult an experienced healer first. 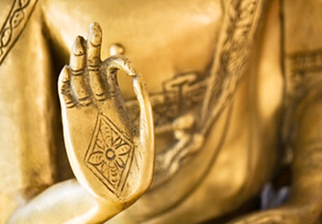 Precious metals have been used since ancient times by the Egyptians and in Ayurveda for the treatment of various diseases, as they are considered to be particularly beneficial for human health. The Egyptians and Indians ate in gold and silver vessels and utensils. A  copper was used to store drinking water.

Metals such as gold, silver, iron, copper, lead, etc., in their pure state, can be used to:

This precious metal has not only decorative value, but also anti-inflammatory and anti-aging properties. It has been used especially for the brain, heart and lungs. Small gold particles are used in the treatment of certain types of cancer and AIDS. Gold helps reduce joint inflammation and pain associated with autoimmune disease rheumatoid arthritis by slowing its progression.

In its purest form, gold can be used as a tonic for our nervous system. It has a beneficial effect on the mind, increasing memory and intelligence. It is a powerful ayurvedic healing remedy for strengthening the heart and improving mental and physical endurance. Gold can also be used to treat heart and lung problems, as well as epilepsy.

One simple method of extracting the healing energy of gold is to place it in water, then put it to boil until half of the liquid has evaporated. The resulting water is charged with electromagnetic energy.

You can take one teaspoon twice a day. However, keep in mind that some people have a negative reaction to gold, usually manifested as a skin rash.

The benefits of gold in summary:

Silver has cooling properties for the treatment of any ailments and is used against digestive and urinary problems due to its antibacterial, antiviral and antifungal properties.

This metal is also used to treat fever, weakness and internal inflammation, and especially for bowel and gall bladder problems. To use the healing power of silver, you can prepare water in the same way as for gold. Another method of extracting the positive qualities of silver is to drink warm milk that has been heated in a silver vessel. 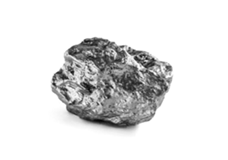 In hospitals, medical equipment made of silver can be used to prevent the spread of bacteria. Prescription drugs or topical preparations containing silver are used to treat infections. Because of its antimicrobial properties, they also help heal stubborn wounds.

This metal is used for balancing excess coffee and is beneficial for diseases of the liver, spleen, lymph and immune systems. Copper can also be used for problems with excess fat. In Ayurveda it is used to treat obesity, edema and anemia.

Copper and iron are two metals required for the formation and circulation of blood; they are useful for the production of red blood cells in bone marrow and bone tissue. Iron is used to treat anemia, restore muscle tone, and strengthen the nervous system. Has general refreshing properties. Heavy metals, such as lead, mercury and platinum, are useful in treating skin diseases respectively for enhancing the nervous and endocrine systems and immunity 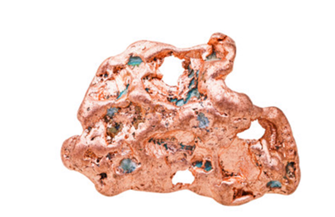 This form of treatment is not only known in Ayurvedic medicine. Precious metals have been used in a number of different therapies. Gold is a traditional cure for arthritis, silver is used as an antibacterial agent and all the metals mentioned above are considered to be extremely potent healing elements in Ayurvedic medicine. Their healing power is recorded in ancient texts.

Even today, the potential of healing metals is being explored in Western medicine. For example, platinum is used in chemotherapy and for the treatment of some cancers. The levels of toxicity of heavy metals are kept under strict control so that these metals can be used because of their huge potential in the field of alternative and progressive treatment. 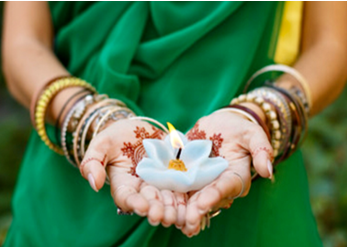 Ayurveda teaches that everything that is existing is imbued with the energy and intelligence of the Supreme Consciousness. This is because all forms of matter, organic and inorganic, are simply the outward manifestations of this finest creative energy.

Matter is a captured light of consciousness, vibrating at a low frequency. The life force of life flows from the universal source, the essence of all matter, and manifests itself in innumerable forms and phenomena of nature.

In Ayurveda, all natural substances such as gems, metals, and crystals have reservoirs of energy, known as 'prana', that can be used to heal, protect and strengthen the human body.

← Ayurvedic treatment with special metals What is a wide abhyanga massage? →