The inflammation of the tissues located around the sinuses, namely – sinusitis (sometimes called rhinosinusitis), is a common condition that can occur under the influence of a number of factors. Frequent colds, as well as pollen allergies, are just some of the causes that could cause sinusitis.

Sinusitis can attack anyone irrespective of their age and gender. Of course, children are one of the more vulnerable groups – when they suffer frequently from colds and viral diseases, they develop a serious predisposition to sinusitis, as well as the patients with asthma. Urban pollution also has a bad impact on the nasal secretions and the health of our respiratory organs.

If we are talking about a sudden cold, runny nose and pain in the facial organs, and the symptoms do not disappear after more than 10–14 days, it is usually a classic case of sinusitis. Depending on the duration of the disease, it may be acute or chronic.

In acute sinusitis, the disease lasts for about 4 weeks. If the inflammation of the sinuses lasts longer, it is probably the chronic from of the disease, which can last up to 8 – 10 weeks. There is also a recurrent morbidity rate where patients suffer from episodes of sinusitis several times during the year.

Sometimes the episodes of sinusitis are caused by the cold weather, and in other cases they can be caused by various allergies, for example, to pollens. Bacteria, viruses and fungi that live in the sinuses cause pains, headache, sometimes fever, and lead to increased secretion or blockage. If we look at X-ray of a person with sinusitis, we will see haziness in the area of the sinus or sinuses that are infected. 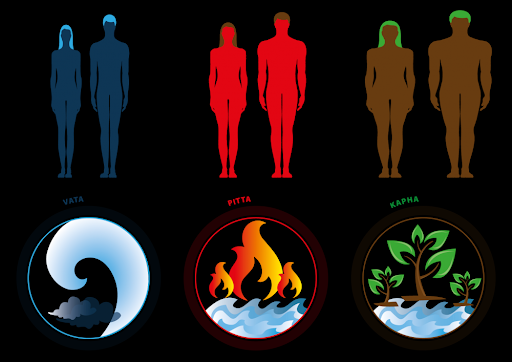 Some of the symptoms characteristic of both chronic and acute sinusitis include:

Each of the listed symptoms may manifest itself in varying degree of intensity – i.e. they can be slightly noticeable or they can exacerbate into intolerance. In the latter case, sinusitis is no longer just an ailment but it becomes a serious disease that may lead to a number of other complications.

Another way to classify sinusitis is depending on the cavity that it affects. Sinusitis can be frontal – it is an inflammation of the frontal sinuses located above the eyes, which may lead to pain an edema around them. This type of the disease usually manifests itself with headaches, especially in the forehead area.

There are also sinusitis that we call maxillary – they occur most often in cold weather and can cause sensations of pain and tension. They affect the maxillary bone and the adjacent maxillary sinuses, so it can cause side effects such as headache, toothache, and so on.

Sinusitis can also be sphenoidal – the pain moves towards the top of the skull or to the back of the head. Ethmoid sinusitis causes pain between the eyes or behind them, as well as on both sides of the nose in its upper part.

Other factors that contribute to the impaired secretion and exacerbation of sinusitis, are suppression of natural tears, as well as vomiting, dusty and dry weather, and lack of sufficient sleep.

Ayurveda calls sinusitis „pinas“and knows some rather effective methods for its treatment. The best things is that its healing methods are completely safe and do not have any side effects. Some popular ayurvedic therapies against sinusitis include lepanam, nasya karma (nasyam), talam, shirodhara, vamanam.

According to Ayurveda‘s teachings, sinusitis can be caused or exacerbated by regular consumption of too greasy and heavy foods that are hard to digest, as well as dry, spicy, too hot or too cold foods. These cause imbalances in all three doshas. If Kapha dosha /the dosha of flesh and water/ becomes aggravated, it brings imbalances also to the subtype prana vata, which is responsible for our respiratory tract. If this happens, the disturbed Pitta dosha, whose element is fire, in turn causes the swelling, inflammation and irritation o the tissues of the sinuses and around them.

Since the teachings are known with their holistic (comprehensive) approach to the healing process, the Ayurveda’s treatment of sinusitis is multifaceted and includes a combination of detoxifying Panchakarma practices, along with the use of natural medicines (usually orally), diet and lifestyle. It is best the treatment to be prescribed by an Ayurveda specialist, who will decide it based on the predominant Dosha – or constitution of the patient.

Nasya or nasya-m (Nasyam) is one of the five cleansing Ayurvedic therapies that have proven effective action against acute or chronic sinusitis. It includes the introduction of medication oils or herbal juices in the body through the nostrils.

According to Ayurveda, this helps us to eliminate the excessive Kapha dosha. From a physiological point of view, the action of nasya eliminates the excess secretion that is accumulated in the sinus cavities. Consequently, one can quickly feel relief also from all side symptoms caused by the sinusitis. In order the treatment with nasya karma to be effective, it should last for an average of one and three weeks.

You can also try the ancient yogic water cleansing called „jala neti“. It is a technique that is extremely simple to perform. The key here is consistency. Jala Neti should be practiced daily for considerable periods of time to achieve relief of sinus problems.

To perform the procedure we have to fill a special jug with salted warm water. Breathing through the mouth, we place the spout of the jug first in one nostril and we tilt our head in order to allow the water to flow from one nostril to the other. Continue until the jug empties, then repeat the procedure by tilting to the other side.

Another way to deal with sinusitis is through steam inhalations about five or six times a day. The steam is extremely effective especially against sinusitis that  occurs mostly with stuffy nose rather than with a runny nose.

At the same time, the steam relieves painful sensations in the sinuses and reduces swelling in them. The procedures should be repeated regularly for at least one week depending on the severity of symptoms. If you suffer from a chronic form of sinusitis, you may need to practice steam inhalations for several years.

To prepare a bath for steam inhalations at home, you can boil 1-2 liters of water and add to it a few drops of eucaliptus and carnation essential oils and about 10 leaves of mint (dry or fresh).

If you do not have essential oils, you can use dry eucalyptus and carnation in slightly larger quantities – like for a very strong tea. Make sure to inhale the steam for at least about 10-15 minutes.

The procedure should be practiced at least twice a day, and in more severe cases – four or five times a day. The inhalations help to deal with the stuffy nose and clean the sputum, which is deposited in our sinuses. 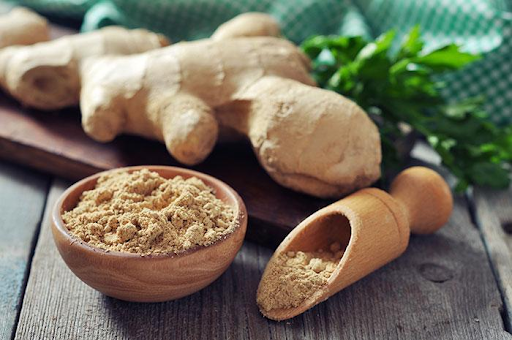 Another herb that can help us get rid of the unpleasant symptoms of sinusitis is the so-called sacred basil – or tulsi. We can brew it with some black pepper beans, a few sugary candies and ginger. This sweet tea should be consumed twice a day for five days.

But sinusitis occurs mainly due to underlying causes, and and these are precisely what we need to treat. The inflammations of the sinuses occur when the swelling of the mucous membranes accumulates or upon filling with excess secretion, which can lead to their complete blocking.

In order to have real success in the battle with sinusitis, we have to undertake a set of measures.  As we have said, the most important thing is the consistency of the treatment. We also should focus on prevention by changing our lifestyle and eating habits to be in line with Ayurveda teachings – so we need to be patient. People suffering from sinusitis have to avoid cold foods, as well as the greasy ones, because they lead to increase of secretions in the body.

Sugar, chocolate, ice cream, fizzy drinks and alcohol are harmful, as well as the milk. It is best to consume homemade, warm and light foods, as well as fresh fruits and vegetables. It is recommended to drink a glass of water with lemon juice in the morning as an accompanying therapy against sinusitis.

Ginger also has a number of healing properties that can be of great help against sinusitis. A teaspoon of fresh ginger juice, sweetened with honey, for example, can help us reduce the blockage caused by sinusitis. It is best to consume this remedy early in the morning after waking up, and if the sinusitis is more serious, the therapy should be applied twice a day for a longer period of time.

Another plant that treats sinusitis, according to Ayurveda, is the garlic. It can be crushed and mixed with honey in proportion of 1 teaspoon of garlic to 2 tablespoons of honey. The mixture is seasoned with turmeric. But if you need instant relief, you can peel and crush 4-5 garlic cloves and inhale their aroma. This will help you with the stubborn blockage for sure.

Of particular importance for the success of the treatment of sinusitis are the breathing practices. For this purpose, you can practice pranayama yoga. Massages with essential oils and warm baths with herbs can also help. The sufficient rest is also essential for the treatment. As there is a loss of appetite in patients with sinusitis, its increase is considered a sign of improvement.

← Treatment of anxiety with Ayurveda What is Pitta dosha? →