How do we get diabetes and what is diabetic polyneuropathy?

Diabetes is such a serious and popular disease, that at an international level, it is considered socially significant. It is an endocrine disease, in which the blood sugar goes high due to problems with the insulin in the body.

These problems can be autoimmune – the body may destroy the cells with insulin by itself – the so-called beta-cells, which are produced by the pancreas. In this case, there is a deficiency of this hormone. Diabetes may also occur without the destruction of any insulin cells and without having a hormone deficiency, but when the insulin function is incomplete. Here we refer to the insulin function of ‘transferring’ glucose to the body cells; without it, the glucose cannot permeate through the cells and be used as an energy.

The incorrect function of the metabolism is detrimental to all cells. During the metabolism toxic compounds start to form and accumulate. The high blood sugar level is also harmful to the organs; their function is disrupted and different diseases occur. Ultimately, the diabetes /surprisingly to many people/ is related to diseases like: periodontitis, poor blood supply to the limbs, heart attack, etc.

Diabetic neuropathy is a complication, which occurs in a certain form in over 60% of the diabetics.

In it, different nerves can be affected and that’s why there are three types of diabetic neuropathy that have been identified.

The first one is the diffusive neuropathy and it has 2 sub-types:

With the mononeuropathy, affected is one nerve or an isolated group of nerves. When a nerve root is trapped, there is radiculopathy.

Also, we may speak about sensory and motor forms, in which the manifestations are mixed; they affect the walk and the coordination. A person may feel muscle weakness, cramps, tingling, pricking or numbness in the legs; leg pain, which is sharp and strong even at the slight touch of bed-sheets let’s say, and, at the same time numb sole, etc. 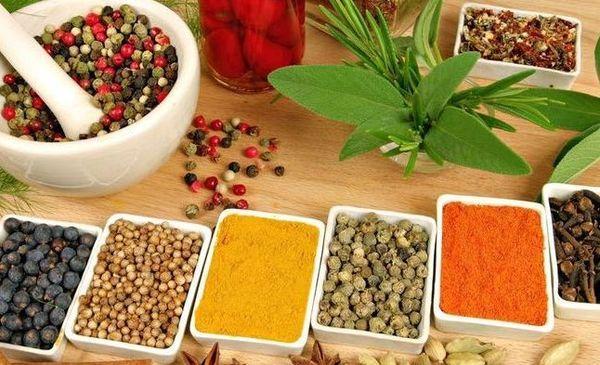 Diabetes, as well as the neuralgic damages known today in the Western medicine by the name of Diabetic neuropathy, were in the Ayurveda classification even before the New Era.

Аyurvedists have a differentiation of the diabetes, which does not correspond to the interpretation about insulin-dependent /or type 1/ and non-insulin dependent diabetes which is type 2. Also, they have identified the relationship between diabetes and heredity, and between diabetes and improper diet.

Ayurveda has differentiated 21 types of diabetes. One of them is the children’s one, which is related to harmful parental habits and sins of past lives. The rest of the types of diabetes depend on the disorders in the balance of the three Doshas – these are the three vital energies, which function in the fine body channels and perform the processes in it. This balance can be disturbed by one of the Doshas; but the disorder can also be of a mixed type.

Thus, there are 10 types of Kapha diabetes: 6 Pitta ones and 4 – Vata ones

The diseases are treated by restoring the balance of the Doshas. Very important for that is the diet – for each Dosha, there are pacifying and activating kinds of food. This also refers to oils for pouring over during the treatment, as well as to herbs. The diet and the treatment resources are combined with special purification procedures, as well as with yoga treatment exercises, and meditation.

The treatment course is always individual, because the energy ratios and their disorders accordingly, are unique. In general, however the food for Kapha should be warm, pungent, dry and light; Pitta is pacified with liquid and cold food, and for Vata the food should be warming, fatty, heavy and nutritious.

Among the Kapha-balancing herbs are:  raspberry leaves, turmeric, white elecampane, neem, white hollyhock, ginger. Among the main Pitta-balancing ones are Triphala /which constitutes a formula, consisting of 3 kinds of fruits/, aloe vera and neem. Vata-pacifying herbs are ginger, neem, black pepper, clove, Indian ginseng, etc.  Diabetic polyneuropathy is treated by Ayurveda by balancing of the Vata energy, as the nervous system is controlled by that energy.