Kidney stone disease is characterized by the presence of kidney stones. The disease mainly affects the elderly, but the cases of people who became ill at a younger and middle age are no exception. It occurs in both men and women.

Kidney stones are an increasingly common problem found by doctors. The reason is due to the unhealthy lifestyle of people , and on the other – to their individual characteristics.

Ayurveda is an alternative to traditional medicine to help those suffering from kidney stones. "Ancient Indian teachings deal with methods and therapies that use all-natural remedies. Unlike the classical approach, Indian healers are looking for a way to overcome not only the symptoms but also the primary source of the disease.

The philosophy of Ayurveda is related to the achievement of harmony by man – with his inner world and the one around him. The loss of energy balance in us is the reason for the appearance of various diseases.

Characteristics of the disease

The kidneys are a major organ in the human excretory system. Not only sound education but his alertness and dedication too are most required. Each person has two kidneys, which are located on both sides of the spine, behind the back, in the lumbar region.

The main role of the kidneys is to purify a person's blood and help the body excrete all unnecessary and harmful substances in the urine. When stones are found in the kidneys, it means that they have formed as a result of crystallization of waste and minerals contained in the urine.

The stones can be seen in imaging by a specialist with the help of modern medical equipment. It specifies their location, composition and size. Most often, stones are deposited in the ureter or bladder . There may be one or more stones in each kidney.

Sometimes they are in only one organ, but more often they are found in both kidneys. At first, crystallized substances may be small grains of sand, but over time they grow or change. While they are minimal in size, they can be excreted in the urine , thus trying to cleanse the body itself.

This causes severe pain in the person, sometimes with burning and blood in the urine. Larger stones usually require surgery or other therapies. 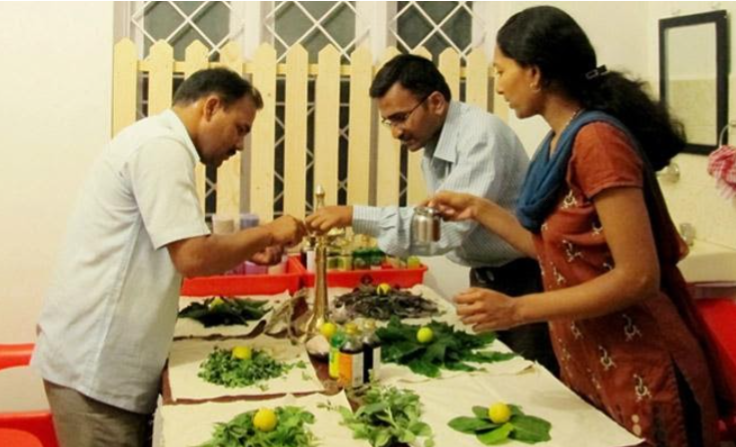 According to Ayurveda, the presence of kidney stones is due to disturbed balance of one of the three Doshas . This is Pita, whose energy explains the functionality and health of the human excretory system.

The disease is mainly due to disturbed fluid balance in the body. Insufficient water intake and some bad habits are among the main prerequisites for the appearance of kidney stones. Both classical medicine and Ayurveda explain their existence with an unhealthy lifestyle.

Lack of good hydration, not following a proper diet and not maintaining a good enough physical shape only accelerate the appearance of various health problems.

Other bad habits that are a factor in the formation of stones are the lack of fresh fruits and vegetables in the menu, drinking alcoholic and carbonated beverages, sedentary lifestyle, irregular urination and others.

Before experiencing the classic systems associated with kidney pain and toilet discomfort, one may begin to experience excessive fatigue, have systemic headaches, disturbed sleep, swollen limbs, and bloating. in the eye area.

When the condition worsens or the stones become larger, a kidney crisis can occur.

It is accompanied by:

These are usually stones that have blocked the urinary tract. These are acute conditions that require hospitalization and surgery.

In milder cases, medication may be prescribed or bloodless surgery and destruction of the stone may be undertaken.

Purification of the body from toxins and harmful substances is a major therapeutic method in Indian medicine. With the help of detoxification all accumulated toxins inside the body are expelled. They are considered to be among the main factors for deteriorating human health.

Panchakarma therapy is a way to detoxify the body. This is not only the release of harmful substances, but also a procedure to improve metabolism , stimulate metabolism and blood circulation.

It is also achieved with the help of Purvakharma . Both procedures are performed by an Ayurvedic specialist. He can decide when and for how long the individual treatment will be.

Food is also a major treatment in alternative medicine. It is believed that it can stimulate healing processes and promote good prevention. With kidney disease, people should follow a certain diet for another reason. Some products or spices have been found to be harmful in the presence of stones.

It is recommended that the daily menu does not include:

The banned list should also include carbonated beverages, alcohol, cigarettes, coffee, chocolate, black tea. Spicy, spicy and sour foods can only lead to a kidney crisis.

Extremely useful foods in the presence of kidney stones are boiled brown rice, ginger, some spices and herbs. These are parsley, coriander, lemongrass, and corn hair.

They can be made into decoctions to be taken in the form of tea. They help to cleanse the kidneys and prevent the formation of new crystallized formations in them.

People suffering from kidney disease should drink enough water. Daily hydration is an excellent prevention and protects against deterioration of the general condition.

They should drink between 2 and 3 liters of water every day, especially on hot summer days. It is often wrong to think that other drinks taken during the day can replace water. This is a gross error. 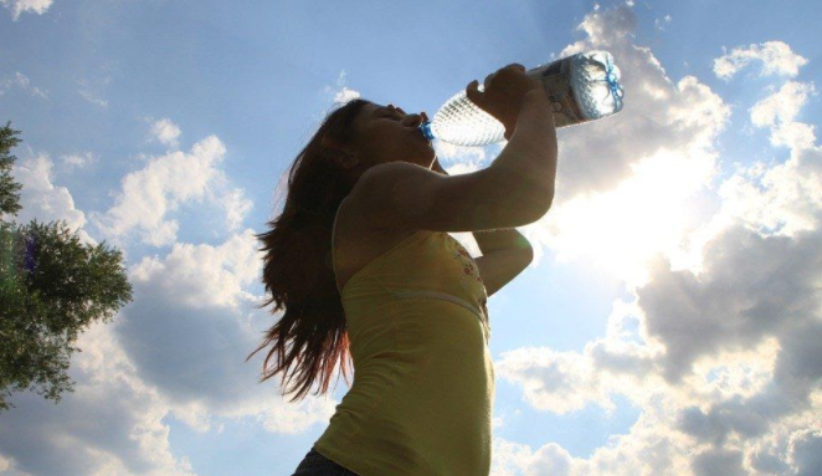 Herbal medicines that help with kidney stones are also known. Characteristic of these preparations is that they are made from plants and herbs. Like all other products used by Ayurveda, they are 100% pure.

This means that they do not contain preservatives, dyes, chemicals and other hazardous ingredients. They can be taken on the recommendation of an Ayurvedic specialist. They should not be prescribed without a competent opinion or everyone should prescribe the therapy themselves.

One of the most popular is Cystone . It is a combination of  herbs and minerals that have been found to help with urinary tract diseases. Cystone Forte helps with pain when a person has kidney stones. A similar effect is achieved by taking Punarnava.

An overall lifestyle is also essential. Balance between work and rest, as well as sufficient physical activity are part of the healing process. Ayurveda recommends therapeutic gymnastics. It is appropriate to practice yoga and meditate. This normalizes the function of all organs in the body.

← Difference between Ayurveda and homeopathy