Treatment of anemia with Ayurveda

Anemia is a disease in which there is a qualitative and quantitative blood shortage. Therefore, it is also popular as "anemic condition," and is characterized by pale skin. The problem is in low hemoglobin.

It carries oxygen in the body, from the lungs to all tissues; through it a gas exchange is carried out and it returns the carbon dioxide in the opposite direction. Anemia can be triggered if the hemoglobih structure gets disturbed. An important role in its formation plays the iron, as well as two vitamins – B12 and B9.

Their reduction leads to low hemoglobin. In the case of low iron, iron deficiency anemia occurs as an incomplete hemoglobin composition. Both vitamins are involved in complex synthesis and cell division processes. Their reduction affects erythrocytes – the cells containing hemoglobin. This causes the megaloblastic anemia.

The irregular form of erythrocytes – sickle cell anemia – is also caused by an impaired hemoglobin structure. These types of anemia are the most common, but depending on the causes, this disease has more than 400 sub-types. In addition, anemia can develop independently, but is often a secondary disease that accompanies other illnesses.

Causes of anemias may also have not been acquired, but are congenital abnormalities. Anemia can also occur when poisoning blood due to a snake bite, for example.

The loss of blood naturally also reduces the hemoglobin in the body. It can be caused both by severe bleeding due to external wounds and by bleeding of internal ulcers. In women, it may be related to the cycle or to an ectopic pregnancy. Anemia can also occur in normal pregnancy due to the need for the body to produce more blood to nourish the fetus.

Common symptoms of anemias in addition to pale skin may include: 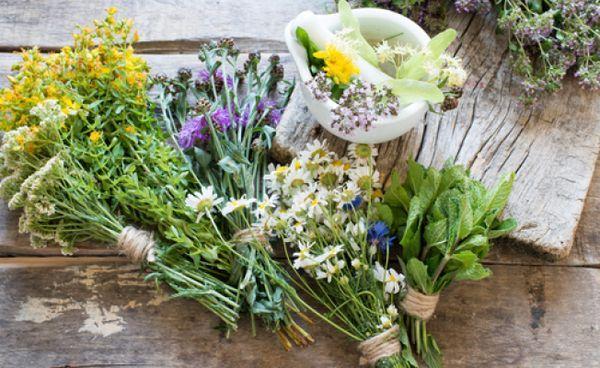 Treatment with the help of Ayurveda

As a blood shortage – quantitatively and qualitatively, Ayurveda associates anemia mainly with an imbalance of Pitta. This is one of the three energies – Doshas, through which all the vital processes in the body are realized. Anemia often accompanies liver diseases such as jaundice.

Then the blood is diluted by the bile that has penetrated, which is typical for the diseases caused by the increased and aggravated Pitta. However, anemia may also be due to the aggravation of one of the other two energies – Vata or Kapha. Vata anemia is caused by improper tissue feeding. Kapha anemia is associated with stagnation, with an excess of mucus that prevents normal digestion and contributes to blood thinning.

The Ayurvedic treatment, in any case, is aimed at restoring the balance between the three Doshas, each in relation to the other two, in their unique proportions, as determined by nature for each person. Then the organs will work properly, the body will defend itself with high immunity and will self-regulate.

In all types of anemia, nutritious food is needed, including herbs  as spices and only as herbs in order to restore the blood. Meat soups, milk, as well as a number of fruit juices, including pomegranates and black grapes, are useful for this. Taking the necessary iron through the food should be combined with herbs to improve digestion – say cinnamon or ginger. This is because iron foods suppress the digestive fire.

Very nourishing is the chavanprash marmalade – two spoons twice a day with warm milk. Aloe and triphala juice, haritaki, amalaki, shatawari and other remedies are useful. Laxatives and cleansing herbs are recommended to relieve excess bile through the small intestine and to stimulate the liver.

← Treatment of Crohn's disease with Ayurveda What is Vata dosha? →