AyurvedaSofia / Blog / Treatment of disturbed breathing and cough with Ayurveda

Treatment of disturbed breathing and cough with Ayurveda

Disturbed breathing and cough due to acute respiratory diseases

Disturbed breathing accompanied by shortness of breath is a symptom of acute respiratory disease requiring urgent medical help. The cause may be in the upper respiratory tract – swelling of the mucous membranes; asthma; acute pneumonia or inflammation of the pleura, etc. Depending on the condition, the cough is a reflex intended to cleanse the respiratory paths, and it can be dry, wet, with different duration, and so on.

Inflammations of the larynx or trachea resulting in shortness of breath may be caused by the flue, measles, scarlet fever, reaction to something, and so on. In respiratory diseases of acute type /viral infections with inflammation of the respiratory tract/ the child breathes loudly, there is a rapid heartbeat, cold sweat, the cough is barking, rough and the skin is red.

Bronchial asthma is a disease of an allergic basis. There is a spasm of the lining of the bronchi that swells resulting in impairment of the bronchial conductivity, and asthma attacks occurs. It is characterized by difficult and noisy, wheezing breathing to the point of severe shortness of breath, painful cough and dense sputum. The duration of the attack may be several minutes, but it may last for hours.

Bronchial asthma is one of the various diseases of the bronchi – acute bronchiolitis, obstructive bronchiolitis, recurrent infections united under the common name of broncho-obstructive syndrome. The lung ventilation is reduced and bronchial secretion can not be removed.

The disturbed breathing accompanied by intense shortness of breath may occur due to a pharyngeal abscess – accumulation of pus around the pharynx. The cause of this purulent cavity may be inflammation of the pharynx, gums, nose, inner ear, as well as infections such as scarlet fever and measles, flu, and so on. The disease is acute, accompanied by fever, and because of the difficulty of swallowing, the child refuses to eat. The breathing is wheezing, especially in lying position, and the neck swallows. The shortness of breath attacks quickly, leading to suffocation.

The breathing surface of the lungs and amount of respiratory movements decrease in pneumonia and pleuritis caused by inflammations or irritation of the pleura, resulting in disturbed breathing and shortness of breath. This is combined with cough and chest pain when breathing. 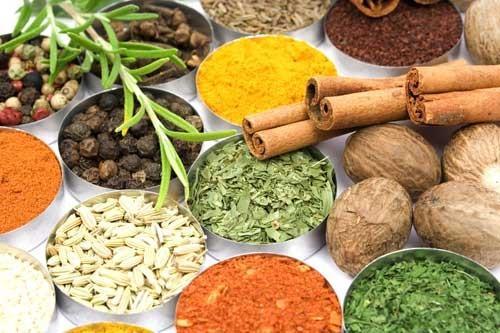 Shortness of breath due to swallowing of foreign body

Children often experience swallowing of a foreign body that may make their breathing difficult or it may even block it – food, coins, large grains, etc. They can fall into the trachea, nose and bronchi. If the respiratory tract is completely blocked, suffocation occurs, accompanied by google eyes, becoming blue and seizures.

If the breathing has stopped completely, the attack is accompanied by constant cough, as the child puts a lot of effort to breathe. If the foreign body remains in the nose, after time it causes a bloody or purulent discharge.  If the body is in the bronchi, it can cause acute pulmonary inflammation.

In this case it is also necessary to seek urgent medical help but if the person chokes completely you have to help him immediately. First you have to turn him in a position with the head down and pat him on the back in order to eliminate the foreign body. In severe cases, a surgical intervention may be required, opening the trachea to place a tube for air. In any case, hospitalization is required.

Ayurveda prophylaxis against cough and runny nose in children

Cough and runny nose are the most common diseases in children, where breathing gets disturbed and complications can quickly occur. At the same time, according to Aurveda, children are susceptible to diseases to different extent depending on their body constitution – whether the Pitta energy is predominant, or Vata or Kapha, or whether it is combined.

The knowledge of parents of these specifics would help them in the prophylaxis of the colds, flue, runny and stuffy nose, as well as cough, and respiratory diseases in general. This prophylaxis should be constant, but especially very improtant are the measures taken a few months in advance before the risky period for the specific body type. Children with Pitta constitution are "fiery", so in summer heats they are susceptible to overheating more than others.

Therefore, cooling products are especially needed for them in this season. Otherwise, in the autumn and winter months the child will experience increased sensitivity of the mucous membranes that can easily be irritated. Food consumed in the summer should be fresh and seasonal; in the temperature peak of the season the child should consume more melons, pomegranates, apples and other cooling fruits; the water intake should be increased in order to avoid dehydration, and once autumn and winter months arrive, the child has to follow the suitable dietary regime for Pitta.

Children of the Vata type are not endangered from overheating, but the tendency for dryness is even greater than in Pitta kids. Dehydration of Vata is evident, for example, in dry skin and dry mouth, and it increases the risk of colds and flu in the autumn and winter seasons. Therefore, fluid foods and liquids are very important for Vata. At the end of summer, Vata people should transition to the winter diet. It is important to nourish the skin with oils.

Children of the Kapha type do not suffer from dryness, but they are more susceptible to cough, chronic cold, allergies, asthma due to the mucus accumulated in the body. The summer is a favorable season for them, but the wet spring is more risky. At any time of the year, the Kapha type of people should consume food that does not accumulate mucus – warm and light foods, as they should avoid cold and greasy foods. 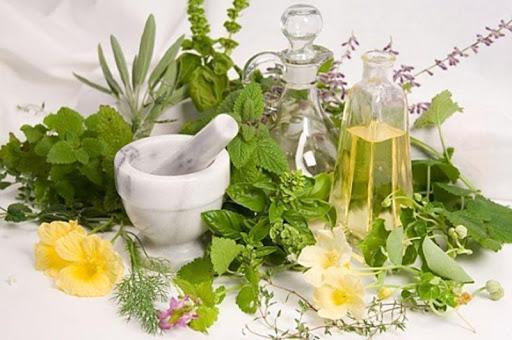 Treatment of cough and disturbed breathing with the help of Ayurveda

Ayurveda usually associates the blocked respiratory tract and cough with energy deviation in Kapha dosha. These conditions, however, can occur also due to an imbalance of the other two vital energies that control the various processes in the body – Vata dosha and Pitta dosha.

If the cough is of the Kapha type, there is a thick, dense saliva, which may be colorless, as the cough is not constant, although there is a lot of mucus accumulated in the lungs.

Other symptoms include sweet taste in the mouth, increased salivation, chills, heaviness and possible disgust for food, nausea. In order to decrease Kapha, products forming mucus should be excluded from the diet – dairy products, fruit juices and cold water.

Spicy and warming herbs are recommended such as dry ginger, pippali, trikatu with its three ingredients – long pepper, black pepper and ginger. They help good digestion, the fat and protein degradation, as well as absorption of substances. by improving the metabolism, they help to reduce excess mucus.

Cough of the "fiery"Pitta type is characterized by yellowish sputum, sometimes with blood. It is also characterized by thirst, fever, burning in the chest and throat, dryness in the mounth and bitter taste. The Ghee butter is universally applied, and in the case it softens the throat. Powdered lotus seeds with licorice and honey are also used.

Cough of the type of the "aerial"and mobile Vata is dry, with little amount of sputum, but the cough is frequent and painful, with characteristic sound. It can be accompanied by chest pain or pain in the heart area in general as well as by headaches. Other symptoms include dryness in the mouth, hoarse voice, anxiety, iritability, the sleep is disturbed.

The diet and lifestyle is focused on the decrease of Vata – regular meals three times a day; the food should be warm, liquid and nourishing, oily; the recommended flavors are sweet, sour and salty. Among the most beneficial herbs are ashwagandha, licorice, shatavari, black walnut /root/, marshmallow, and cardamom is added in the potions against colds.

The beneficial Ayurvedic remedies that affect positively the respiratory system include sitopaladi and talisadi, as the dosage should be prescribed by the Ayurveda specialist. The healing wine Draksha is used in the treatment of respiratory diseases and cough, and it is made from raisins and spices, in some cases also with nuts. Betel is widely used against sore throat and cough for Kapha and Pitta.  Arvindasava is very useful for children against cough and other conditions.

← Treatment of Multiple Sclerosis with Ayurveda Can Ayurveda treat glaucoma? →