AyurvedaSofia / Blog / What are Cognitive Disorders?

What are Cognitive Disorders?

Cognitive impairment is a broad concept that covers many diseases, both genetic and acquired brain damage, caused by various accidents. They are defined as difficulty in processing thoughts, difficulty in decision making, poor concentration and difficulty in learning the material . In general, these disabilities are not limited to people of a particular age, gender or other demographic group, but are also related to children.

Most children recover their cognitive function over time and treatment is not necessary as the impairment is not very serious, but there are other cases.

Although the disease is usually most common in the elderly, it can happen at any time in a person's life.

Stress is one of the main causes of this development in children . Some forms of stress, such as the first day of school, are a normal part of a child's life, but the stress that comes from prolonged and frequent troubles at school , problems at home, with friends, personal problems, or lack of parental support body , can have an extremely negative impact on the cognitive development of the child.

When a child lives in a stressful environment, his or her brain development is impaired and there is a great risk of developing cognitive impairment . The involvement of caring parents who offer responsiveness and friendship can greatly help to overcome the bad effects of stress.

Cognitive impairment in babies is usually due to genetic problems. They may be born with Down Syndrome , Autism, and others known to affect the way a person processes their thoughts or information. These conditions continue throughout life and have varying degrees of impact on the individual's brain. The cognitive impairment that occurs in childhood or adulthood is mainly caused by an accident or illness .

If a child is involved in a brain injury incident , then he or she may be cognitively impaired. It is also likely that if the mother smoked or consumed alcohol during her pregnancy , her child developed a cognitive impairment.

Examples of cognitive functioning include language, motor and interpersonal skills, memory, and more. When a child shows developmental delay or lack of ability in one of these areas, he or she may suffer from cognitive impairment .

Most often, the symptoms of cognitive impairment manifest themselves in early childhood and may become more pronounced when the child is older. This is especially true for children suffering from serious illnesses or injuries that could affect the normal development of their receptive capacity. 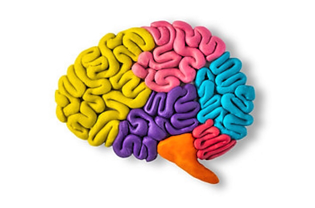 The signs and symptoms of cognitive impairment in children are:

In what cases can cognitive impairment be treated?

If the child is offered adequate treatment in these cases, it will be completely cured.

Factors affecting lifestyles and associated with an increased risk of cognitive disease include: 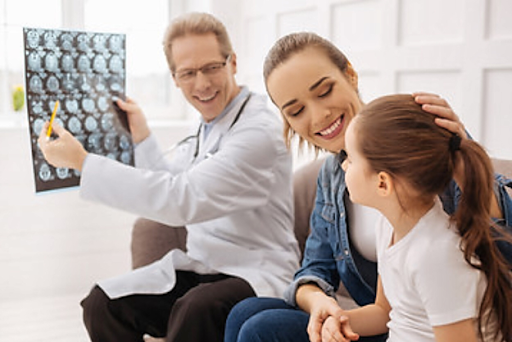 In recent studies, cognitive impairment has been linked to a variety of neurodegenerative processes, including decreased brain acetyl levels, decreased dopamine, impaired hypothalamic-pituitary adrenal axis, and correspondingly decreased DHEA levels . Many of these processes can be related to oxidative stress and inflammatory processes in the brain.

The ancient science of Rasayana Tantra offers many herbs that have been found to be beneficial for the treatment of these degenerative processes. In this way, instead of the usual medical therapies, patients can take Ayurvedic herbs, which in fact restore the body's ability to produce these compounds.

Ashwagandha (Ashwagandha) is a famous herb to maintain memory. In addition, recent medical studies show that ashwagandha increases cholinergic activity in the brain. The Tulsi (holy basil) herb also enhances cholinergic activity. Kapi Kacchu (an Ayurvedic medicine) can restore the content of endogenous levodopa, dopamine, norepinephrine and serotonin in the nigra of the brain , with an effective effect, especially on the cognitive and motor aspects of Parkinson's disease.

Brahmi (a Brahmi herb / Bacopa moneri) has been proven effective in combating oxidative stress and reducing inflammation in the brain. Other herbs that are traditionally used in Ayurveda to improve memory include Vidari, Shankhapushpi and licorice / licorice.

The brain is one of our most valuable organs . Cognitive health is a complex, multifaceted topic. We have the ability and ability to take responsibility for our child's brain health, reduce inflammation, and prevent cognitive impairment by changing their lifestyle and healthy behaviors, but are we ready to do so?

It's normal to feel numb with all the health changes you know you need to make. You don't have to do them all at once. When deciding which health habits to focus on , start with just one of them that is important to you and relevant to your child's individual needs. This will make it easier for you to create an organized mode for this new lifestyle.

← Can Ayurveda heal the seborrhea? What is Shiro Abhyanga Massage? →