AyurvedaSofia / Blog / Arjuna – what does it help and in what form?

Arjuna – what does it help and in what form?

Terminalia arjuna is an herb used for centuries in the ancient science of health and longevity Ayurveda. Indians are well acquainted with the beneficial properties of this valuable tree and take advantage of them in their traditional medicine.

Nowadays, arjuna is an active ingredient in many herbal supplements because of its biologically active substances, which bring many health benefits. That is why it is important to know what arjuna helps and in what form.

What is the Arjuna Terminal?

Terminalia arjuna is a tree that reaches 20-25 meters in height. It usually grows in dried-up riverbeds and is distributed mainly in some parts of India and West Bengal. This is an herb with axioxidant properties with centuries of use. The bark of the tree has long been used in traditional medical practice in India mainly for the treatment of cardiovascular and respiratory problems, but also for hemorrhage, diarrhea, liver and skin problems and for wound healing. In our country the herb has been used relatively recently, but in India it is mentioned in various ancient texts. 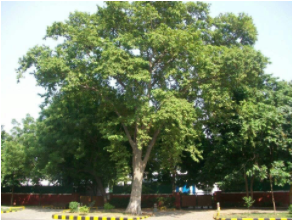 Terjuna arjuna extract is often used in complex antioxidant formulas, as well as in products to improve heart and liver health, as well as in creams for rapid wound healing.

The positive effects on health are due to the rich content of bioactive components such as cardenolide, tannins, flavonoids, triterpenoid saponins. It also contains elaginic acid, gallic acid and others.

Application of arjuna in traditional medicine

Arjuna is known as a heart tonic. It supports the functions of the cardiovascular system. The bark of the Arjuna Terminal is used in the treatment of various heart diseases in Ayurveda. This is due to the many bioactive components, such as glycosides, tannins and flavones, present in the plant.

The extract of the bark of the tree causes antioxidant, antiseptic, antihypertensive, antihypertrophic effects, which fight the common causes of various cardiovascular diseases in humans. Clinical studies after the use of arjuna have reported improvements in patients with cardiac ischemia, high blood pressure and heart failure. The herb helps the recovery process of people who have suffered a heart attack, and the visible positive effect is achieved after two weeks of taking arjuna.

High blood pressure is one of the risk factors for serious heart problems. Therefore, its control is of great importance for maintaining the health of the cardiovascular system. The herb arjuna can help lower blood pressure.

Arjuna also controls lipid metabolism. High cholesterol and elevated levels of triglycerides in the blood cause serious damage to the cardiovascular system and thus increase the risk of accidents. Arjuna has the ability to control these levels and thus has a beneficial effect on the functions of the heart and blood vessels. It blocks 15-lipoxygenase, a key enzyme that is involved in the oxidation of bad cholesterol (LDL-cholesterol).

The herb is useful in the prevention of coronary heart disease. It has also been scientifically proven that the herb is important in preventing cardiac necrosis. It affects platelet aggregation and binding, lowering blood pressure, improving heart rate and cholesterol levels.

Free radicals are formed in the human body during the production of energy from the food we consume. They also occur as a result of the body's exposure to external stressors such as tobacco smoke, environmental pollution, toxins, alcohol and processed foods and other causes. Free radicals can damage cells throughout the body, being responsible for premature aging and contributing to diseases such as diabetes, cancer, heart disease. Many experts consider arjunolic acid to be a powerful antioxidant and free radical scavenger. The herb strengthens the body's defenses due to its powerful antioxidant action. It is also able to fight chronic inflammation caused by poor nutrition or serious illness. Taking arjuna increases the levels of some antioxidants and enzymes, including superoxide dismutase, glutathione peroxidase, catalase, ceruloplasmin, glutathione, alpha-tocopherol, which is a form of vitamin E, myeloperoxidase and vitamin C. 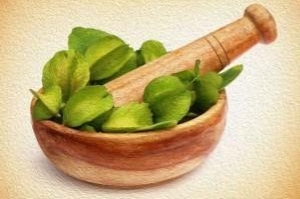 Human muscles need more oxygen during exercise, and the heart must pump enough blood to meet the needs of aerobic activity. The more oxygen we manage to use during exercise, the more energy the body produces. Arjuna improves aerobic capacity and the efficiency of cardiac function in cardio training. This is especially useful for anyone who exercises regularly and needs more energy.

A study on the topic showed an increase in the endurance of the participants in the experiment after two weeks of taking arjuna. During these 14 days, the maximum volume of oxygen that a person uses during intense physical activity was increased by about 5%. Experts advise to use a combination of arjuna and ashwagandha to increase muscle strength and physical endurance.

Arjuna is an excellent helper in keeping blood sugar levels normal. The herb has a hypoglycemic effect in the blood serum and major organs. The tannins, flavonoids and saponins contained in the bark help to break down and absorb glucose. Arjuna not only lowers blood sugar, but normalizes its levels. It protects the cells of patients with type 1 diabetes from hyperglycemic intoxication. Alleviates the side effects of type I and type II diabetes by relieving kidney function.

Protects the kidneys and liver

Arjuna has the ability to prevent the damaging effect exerted daily by various chemicals on the kidneys and liver, which are the filters of our body. The herb helps to speed up the process of removing toxins from these organs and from the body. It counteracts oxidative stress, which can be caused by poor nutrition, excessive medication, heavy exercise, stagnant lifestyle and other factors.

It is believed that arjuna can be used as an antitumor aid. These properties of the herb are still subject to further research. 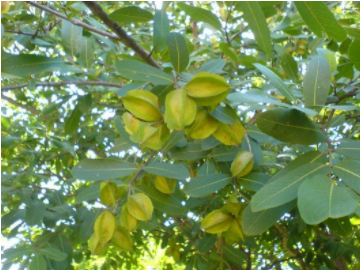 Acts against the harmful effects of smoking

Quitting smoking is the best way to stay healthy, but as smokers know, it's easy. Therefore, it is good to take care of the suppression of the harmful effects of smoking, which can be done with the help of arjuna. As a result of so-called oxidative stress, the cells on the inside of the blood vessels begin to malfunction. This can be an early sign of atherosclerosis, in which the arteries narrow and the blood circulation is disrupted, often causing heart problems. Arjuna has strong antioxidant properties that help overcome some of the blood vessel problems. A study was done in which a group of smokers took the herb for two weeks and it was found that the accumulation on the walls of blood vessels was significantly reduced.

Arjuna helps to heal wounds faster thanks to the ingredients tannins and saponinite. They support the accelerated healing of injured tissues, both on the surface of the skin and in the body.

Again, as a result of the alkaloids it contains, such as tannins and saponins, the herb is also used in Ayurveda as an antifungal for skin infections. The herb is also a helper in the fight against annoying acne.

Ithas a good effect on stomach problems and diarrhea

The herb has excellent antimicrobial and anti-inflammatory properties. They block the action of certain bacteria such as Escherichia coli and Helicobacter pylori, which cause serious problems in the digestive tract. Helicobacter pylori is an insidious bacterium that can cause ulcers and gastritis. Arjuda is an excellent helper in disturbed intestinal flora and treatment of diarrhea.

One of her lesser known abilities is, she was helping with irregular menstruation.

In what form is the Arjuna Terminal applied?

Arjuna is used as a dietary supplement most often in the form of capsules. Recommended for the following diseases: the whole pathology of the cardiovascular system; ischemia of the heart, high blood pressure and heart failure; angina pain, cardiac necrosis, thrombocytosis; antitoxic, antimutagenic and antimicrobial activity.

Middle-aged and older people who have just decided to lead a more active lifestyle or get in shape through sports benefit greatly from the use of the Arjuna Terminal. Another target group is those involved in athletics, rowing, swimming, and other aerobic sports, except weightlifting. 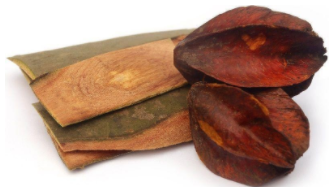 The healing properties of the food supplement are due to the fact that the bark extract contains a number of bioactive ingredients such as: flavonoids, saponins, triterpenoids, tannins, minerals, and something very important – the unique arjunolic acid (Arjunolic acid). Arjunolic acid is known in natural medicine for its many various applications. It is a triterpenoid saponin isolated first from the Arjuna Terminal and later from Combretum nelsonii, Leandra chaeton and other plants.

Arjuna is considered safe and can be taken for up to three months. As it is a dietary supplement it is delivered without the need for a prescription. It is recommended that the intake of the herbal product be monitored by a doctor, especially in the case of diseases of the cardiovascular system and type I and type II diabetes.

Arjuna Terminal is an antioxidant herb with centuries of use, which is still relevant today and more and more people who believe in the power of the ancient Indian system of natural and holistic medicine Ayurveda, are convinced of this.

← What are the supports for Iyengar yoga and what is the history of their creation? Diabetes mellitus - treatment with Diabetes Guard, Karela and Jamun juice →