AyurvedaSofia / Blog / What are the supports for Iyengar yoga and what is the history of their creation?

What are the supports for Iyengar yoga and what is the history of their creation?

Iyengar Yoga School was founded by guru BKS Iyengar.  These practices are extremely suitable for people who are  just developing their physical culture.

They are characterized by attention to every  detail in the implementation.  They say that's why they're so effective.

Master Iyengar was born in India in the early twentieth century.  He devoted his entire conscious life to yoga. He soon developed his own school, which even today enjoys  great popularity and many followers.

According to Iyengar, it is extremely important for practice  to perform the poses with attention  to every smallest detail. But to make this more accessible even to his newest students,  the guru offers a variety of options for convenience. supports of different shape and size.

In the 1960s, Iyengar  published the most detailed description of yoga asanas  – more than 200 in number. Before retiring in 1984, he had already become a  worshiper and yoga instructor worldwide.

His eldest daughter, Gita, followed in her father's footsteps and also began teaching yoga and writing books on the subject. She later became known as a  pioneer in adapting yoga specifically for women.  She ran the  RIMYI Memorial Institute of Yoga,  named after her father, until her death in 2018. The school is currently run by Gita's brother and the founder's son, Prashant Iyengar.

The advantage of this type of yoga is that  it offers a high degree of adaptability for beginners in practice.  If you have forgotten to develop as a sportsman in the past, do not worry. Iyengar yoga props are exactly what you need  to get started now, and confidently.

Today we also call these aids  the international term "props",  which is a direct borrowing from the English language.

They can be  all kinds of objects of different shapes,  which help us when some of our limbs are, for example, shorter than necessary, or we have not yet gained enough flexibility in the joints. We will understand and what can we do when we don't have specialized yoga equipment on hand.

What are the different types of supports and how to use them? 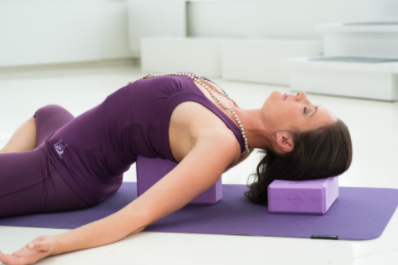 The brick is one of the most common sermons.  Very often for some of the asanas we need more length of the arms or legs, or support under a certain part of the body.  These supports are made of foam , which does not change its shape and at the same time is soft and comfortable. 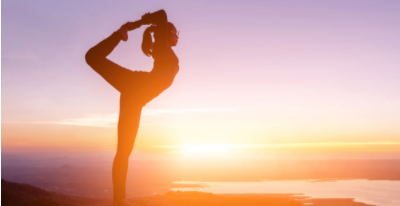 Belts should be  made of natural materials,  such as cotton, so as not to irritate the skin.

The so-called yoga "chumbal", also called the "donut" (donut) or even "bagel" sometimes in Western Europe,  is a device similar to a loaf of bread with a hole in the middle.

In Iyengar, the school  is considered to be effective in adding weights  when performing various asanas. For example, for shavasana  they are used for healing purposes  to relieve chronic pain. Weights can also be used  to increase the load  to lose weight and build muscle.

Sandbags, discs or even the most ordinary dumbbells can be used  depending on the posture and the purpose for which we need to use them.

The plow position  (halasana) is great, but  creates problems for patients with problematic spine or limited plasticity,  who are not yet ready to put their feet to the ground. To begin, we place the box behind our mat and lie down in front of it.

Then from a lying position  we inhale and with an exhalation we raise the legs above our head  and turn them in the opposite direction, at the same time the back straightens to a vertical position. We put our toes on the box.

Viparita dandasana  – for this position we generally use the head and armpits as support.  It is useful for the spine and to straighten the posture . To perform it properly, many people use a bench with a special shape as a support.

But what if we don't have access to better equipment and accessories?

Here are some common items we can use as Iyengar props at home:

Alternatives to a yoga belt

If you do not have a special yoga belt,  you can use a scarf or a smaller blanket.  Fold it to get the approximate size and shape of the belt.

Let us see how we can do the  twisting of the clairvoyant Bharavaja  with the help of an ordinary chair with a back.

First we sit on the chair to the side, and its back should fall from your left hand. We inhale, then exhale and turn our torso sideways and back in the direction of the left arm. At the same time, the pelvis and legs continue to face forward.

This twisting is very  useful for unlocking emotional blockages . Through it we accumulate  benefits for absolutely all joints  the area from the calf to the neck. We cover with our left hand the far side of the backrest, with our right we cover the one that is closer.

All the time, while performing the asana,  we are careful to stand  in order to observe not only the aesthetics, but also the mechanics of the activity. Also  we have to think about the direction of the pelvis  – it should never bend to the side. We take the position of the other side as well.

As a prop for the asana plow in the absence of a box  we can use the simplest folding chair,  as long as it is stable.

In fact, whenever we don't have a brick for Iyengar yoga on hand, we can replace it with one or more books.  Look for thick volumes.

Supta salamba virasana – the posture of the lying warrior. In general  it is quite difficult to perform  when we are still new to yoga. We may feel discomfort in the joints. Remember that in this way  the body tries to show us our own limits.  Comply with them.

To help you perform the asana,  you can use a yoga mat . Roll it into a roll and you can place it on the mat lengthwise and use it as a pillow, which  to use as a support in the asana , leaning with the seat and back back on it.

Thanks to the props, we can take our first steps in our  Iyengar practice.

What benefits does Iyengar practice bring us?

If we start practicing Iyengar yoga regularly, we can  straighten the posture of our spine.  Thanks to the correct performance of the asanas, we can also unblock blocked ducts. You will feel  refreshed, rejuvenated and certainly healthier.  Some people successfully apply asanas and  for weight loss.

How often should we do yoga?

In general,  you can start with one practice a week.  Especially if you are a beginner in yoga in general, so you can get to know the school and  gradually create the necessary routine  to start doing the exercises more often.

However, teachers advise that if you want to progress, do at least two practices a week.  This will make it much easier for you to learn the basic principles of Iyengar yoga.

It doesn't take much practice in yoga and Iyengar school to do  exercises at home.  Props make things a lot easier even for beginners. However, it is necessary  to be extra careful  when stretching with the help of scarves, bricks and other devices, so as not to cause any injury.

In case you have any chronic illness,  consult your doctor in advance and seek advice.

← Anemia - how to influence it with the help of Ayurveda? Arjuna - what does it help and in what form? →