Ayurveda and Parkinson – treatment or relief

It is named after James Parkinson, who formulated the disease in the second decade of the 19th century . In Ayurveda, however, this condition is known as early as 5,000 years ago, listing the main and secondary symptoms, herbs and treatments . Ancient Indians called this disease Kampava .

The condition is actually a neurodegenerative process that is progressing. It is characterized by a decrease in the production of dopamine in the body – an important signaling substance for the flow of nerve impulses and the connection between the brain and the body . Dopamine plays a role in both movement control and emotion .

Parkinson's disease is common worldwide by ethnic group, with the number ranging from 5 to 19 people per 100,000. According to some studies, the risk of disease in men and women is the same, while others predominate men – 1.8 times more threatened. It is an illness of the elderly and the prevalence increases with age. In over 65 years, the disease occurs in one percent, and over 80 years the percentage reaches 5. 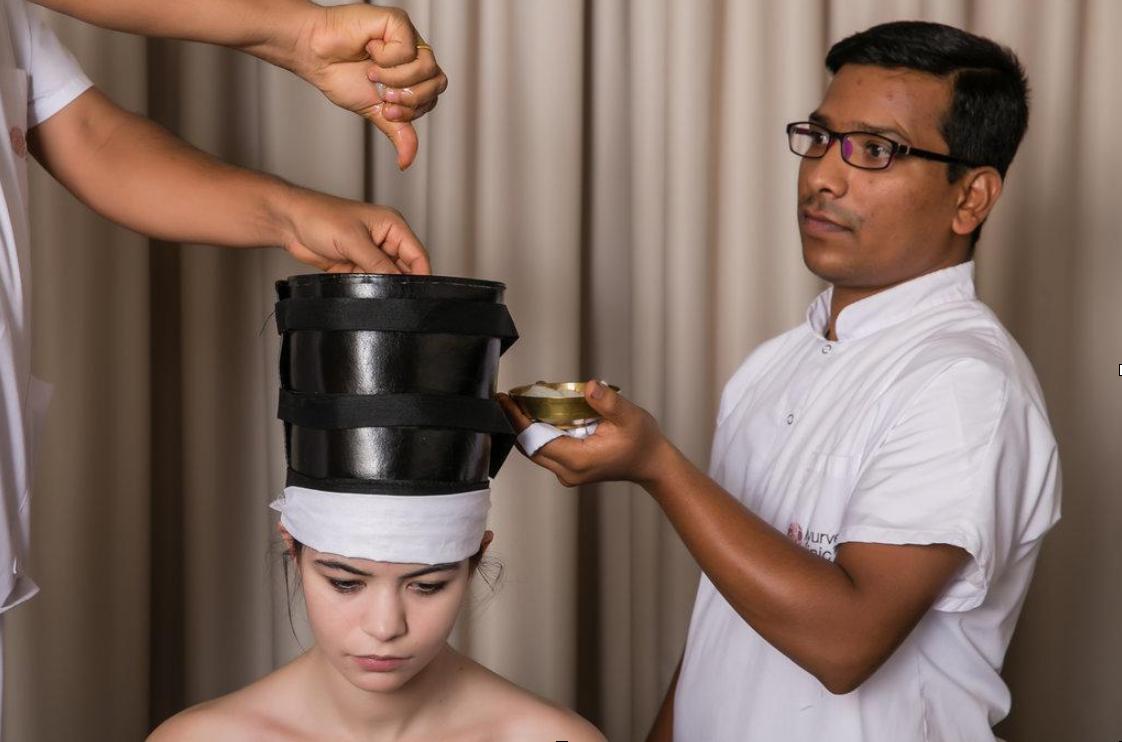 The disease starts unnoticed and develops without the patient suspecting that there is a problem. The first visible manifestations begin when 60% of the cells that produce dopamine are damaged . Apart from the main symptoms, apathy, anxiety, depression, visual hallucinations, and the onset of insomnia can also be observed . Depending on the patient's overall health, the condition may affect an organ or system and cause:

The problem in Western medicine is that the causes of Parkinson's disease are not fully understood, due to heredity and environmental factors , there is no comprehensive preventive program, early diagnosis is difficult, there is no comprehensive treatment, and drug therapy is aimed at compensation of motor problems. Then naturally the question arises of Ayurveda and Parkinson – treatment or relief? The answer is easy, but for him, Ayurveda's understanding of the disease must be outlined.

Ayurveda's approach to combating Campava ( Parkinson's disease ) is integrated. It aims at the complete restoration of the full functioning of all organs and the normal functioning of the systems in the body.

By helping the body to function optimally, Ayurveda eliminates the basis for the emergence and development of diseases. This is done by restoring the body's natural energy balance . This balance is between the three energies responsible for the various biological processes.

● One energy is for movements , such as nerve impulses, and is called Watt

● The other is about transformation (metabolism) and is called Pita

● The third is Kafa , which controls the fluids in the body

Getting out of the balance of one of them causes disorders in the functioning of certain organs and this leads to diseases . Usually, the unbalance of one of the energies expresses the equilibrium of the other, especially since Pita and Kafa are dependent on the energy of the Vata movement – without it they would not be able to flow.

The name Kampava refers to Ayurveda's perception of Parkinson's disease. Campa is tremor, and combined with Vata means that the cause is out of balance motion energy. A special diet, herbs, massages with oils, yoga poses and exercises and mediation are used to bring back Vata to the balance . However, as mentioned, the energy imbalance may have affected both Pita or Kafa, or both, from which numerous secondary symptoms were mentioned, which were mentioned.

Therefore, a precise diagnosis by an Ayurvedic physician is required to identify the correct energy deviations and to come up with a treatment plan for correcting them. In the end, in the treatment of Parkinson's , Ayurveda restores overall physiological and mental health. Here is the answer to the Ayurveda and Parkinson question – treatment or relief ? Ayurveda can cure the disease.

Of course, the later the Ayurveda doctor is sought, the more difficult the treatment is, and in the last stage, when there are many complications due to irreversible tissue damage, recourse is made to alleviating the condition .

Causes and stages of Parkinson's according to Ayurveda

All the causes that exacerbate Vata can contribute to the emergence and development of Parkinson's. These are:

● Negative emotions such as anger and fear

● consumption of dry and cold foods

One should not get used to holding back the natural reflexes of the body , nor to provoking them artificially, because this is how Vata emerges from the body's natural self-control.

In the initial stage, excess Vata accumulates in its usual habitats – colon, hips, pelvis, bones, ears, etc., in which the tremor is insignificant. Although the tremor intensifies over time, the patient may still not notice it, as the tremor is short and goes away by itself. 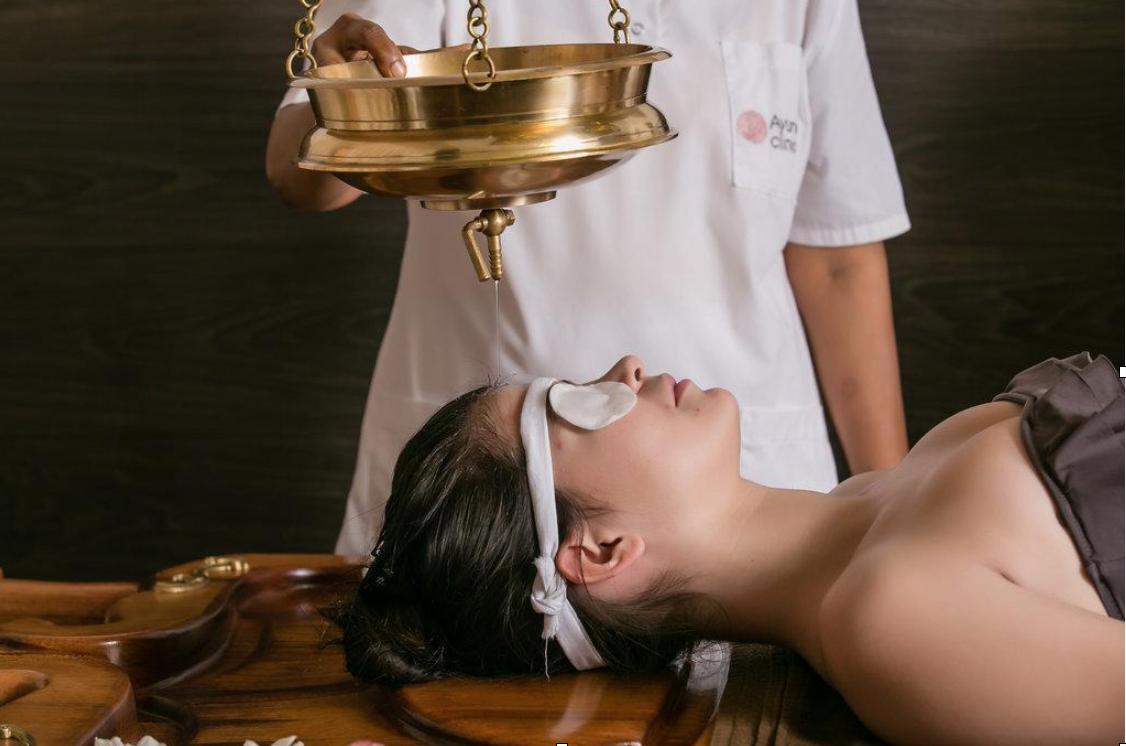 When the accumulation of Watt energy begins to "flow" to other areas of the body , the Excitement stage begins . New and new organs and tissues are already covered in Dissemination, in which shivering becomes visible, though moderate, and its appearance becomes more frequent. The disease is easier to treat if treatment is detected and started in these three initial stages.

As the buildup of Vata covers the soft tissues and muscles , the tremor increases and becomes more pronounced. Unless treatment begins before stage four – Delay , Vata begins to invade the tissues and permanently settle into them, damaging them.

At the clinical stage, the disease is already clearly expressed and recognizable, with full manifestation of the signs. If treatment in the Clinical Stage is poor, the stage of complications and irreversible tissue damage occurs. Then pain in the joints, gait, depression, delirium, dementia, etc. can occur.

Ayurveda Remedies and Methods for Parkinson

For each Ayurvedic patient, Parkinson 's treatment is individual and no prescription can be given "in principle". However, it can be summarized that in- hospital treatment of 3-4 weeks is combined according to stage and complication, and home therapy lasting up to 6 months. As appropriate, the treatment plan may include a second hospital stay of half or one year.

The means and methods used by Ayurveda to treat Kampava / Parkinson / have been tested for millennia and have been proven effective. Among the many Ayurvedic herbs used in the treatment of Parkinson's from ancient times, the most popular is the herb velvet bean ( Kavcha, Mukuna Puriens ), which is now available as an extract in capsules. Its effect is that it contains L-Dopa .

It is an amino acid that is converted into dopamine in the body – a substance whose brain is characteristic of Parkinson's disease and which is associated with movement and mood. The next most popular herb is brahmi, which reduces damage to the nervous system and specifically brain cells, helping to repair them.

In addition to various herbs and preparations, in the treatment of Parkinson Ayurveda he also uses healing oils for head, forehead, oil massages, as well as massages with warm bags filled with herbs or rice, hot oil baths, etc. An important point of the treatment is the internal purification of the body from the collected toxins by the Panchakarma method , which includes the intake of laxatives, enemas with special medicinal decoctions, etc.

Yoga is used to speed up healing through asanas and exercises . Through meditation , it works to harmonize a healthy body and common sense, since for Ayurveda, every single disease, apart from physical, has a psychological basis. 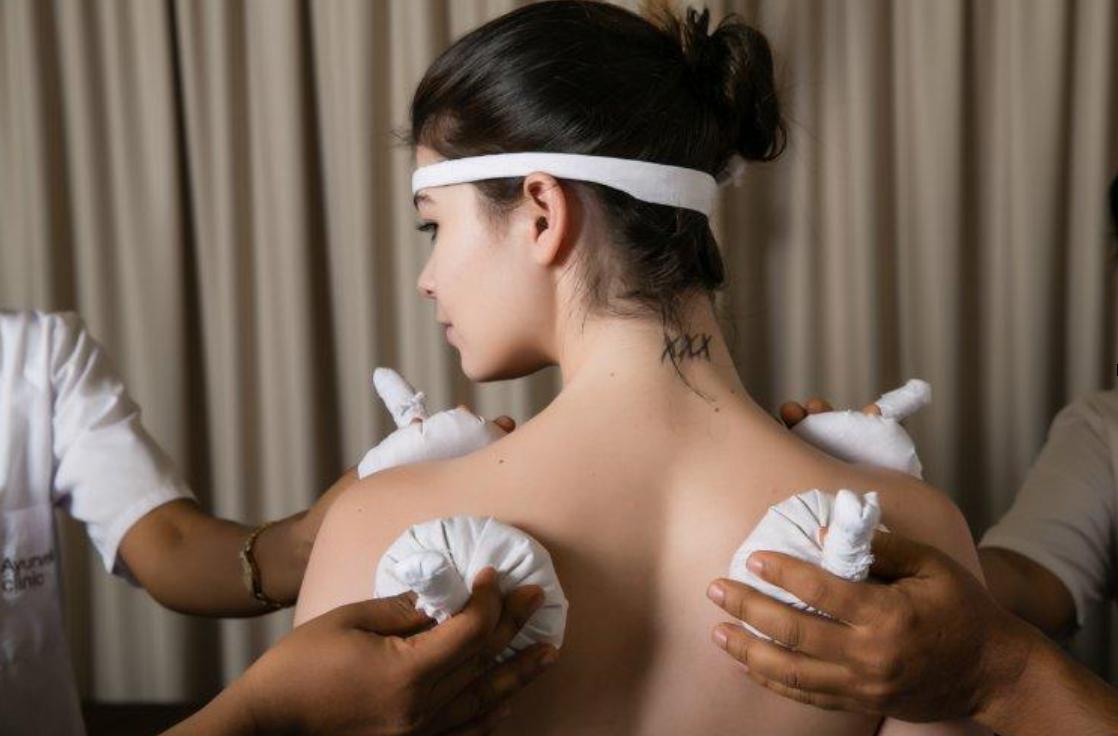 Nutrition takes a very significant place in Ayurveda treatment. If wrong, it can lead to the accumulation of toxins, which block energy . Conversely – if it is in line with Ayurveda tips , it maintains energy balance in the body. For balancing Vata Ayurveda recommends that foods are light , easy to digest, warmer and more liquid.

● You need to avoid refined sugar, yeast, too pungent pungent and bitter

● Home-made milk is recommended without industrial processing. Cow's milk can be substituted for rice or almond . Consumption of soy, milk powder, ice cream is not recommended

● Only red lentils are recommended from legumes

← Treatment of obsessive-compulsive disorder Can Ayurveda heal the seborrhea? →