Obsessive-compulsive syndrome is a common, chronic and long-lasting disorder characterized by uncontrollable, repetitive thoughts – manias and behaviors that one feels willing to repeat over and over again.

Signs and symptoms of obsessive-compulsive syndrome can include both maniac attacks and obsessive thoughts. These symptoms can disturbs all aspects of the patient’s life, including work, personal relationships and education.

Obsessions are recurring thoughts, impulses or mental images, usually ones that cause anxiety and worry. Such can be the fear of microbes or dirt, unwanted thoughts that the patient himself defines as taboo – sex, religion, etc., aggressive thoughts to others or to himself.

One of the symptoms of the disorder, which has become popular mainly due to Hollywood – this is the need of the patients to see the objects in a symmetrical or perfect order. A typical example of obsessed with similar manias is the character of Tony Shalub in the popular TV show “Monk”.

Compulsions are recurring behavior. They are the answer that people suffering from obsessive-compulsive disorder feel need to give to some compulsive thought. The compulsions can be varied, for example, excessive cleaning of the house and/or washing of the hands, arranging the surrounding objects in a certain, often repetitive, precise way.

People who suffer from this disorder often check to see if they’ve done right the things in their everyday lives, for example, whether they have locked the front door or whether they have turned off the oven.  A particular type of compulsion is the compulsive counting.

Of course, it can not be said that all our rituals or habits are compulsive. Sometimes everybody has their reasons to strive for perfection and to check several times if everything is alright. What distinguishes the compulsions in a person with obsessive-compulsive disorder may be the lack of control over them. The patient spends more than an hour a day obsessively caught in these thoughts or behaviors.

The truth is that we do not enjoy the performance of the patterns of behavior or rituals that our compulsions are pushing us to. What we may feel is a short relief from anxiety caused by the obsessive thoughts. In return for this brief relief, however, the patient suffering from obsessive-compulsive disorder experiences significant problems in their daily lives because of these symptoms.

Some people with the syndrome also get motor tics. These are usually sudden, short, repetitive movements such as blinking of the eyes and other eye movements, facial grimacing, bending the head or shoulder.

In various cases symptoms may become more intense or less intense, they may decrease or exacerbate over time. People suffering from obsessive-compulsive disorder often try to help themselves by avoiding the situations that trigger their manias. In the worst case, they start using alcohol or drugs in order relieve the symptoms. Sometimes people suffering from obsessive-compulsive disorder have other impairments and problems such as anxiety, depression, and so on. If not treated, the syndrome may affect all spheres of our life. 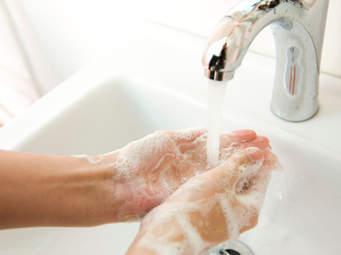 Obsessive-compulsive disorder often affects adults, adolescents and children around the world. Most people are diagnosed with the syndrome at around 19 years of age. In boys, the condition is detected earlier than in girls. However, there are also cases when the first episode of the disorder occurs after 35 years of age.

The causes of this syndrome are not clear, but the risk factors for its development include:

Conventional medicine treats the obsessive-compulsive disorder with the help of medications, psychotherapy or a combination of both. Although most people respond to treatment, some of them continue to experience symptoms despite the efforts of the doctors and family.

Psychotherapy can be effective in the treatment of the obsessive-compulsive disorder as it can relieve its symptoms. Studies have shown that certain types of therapy, for example, the cognitive behavioral therapy, can give just as good results as pharmaceuticals. 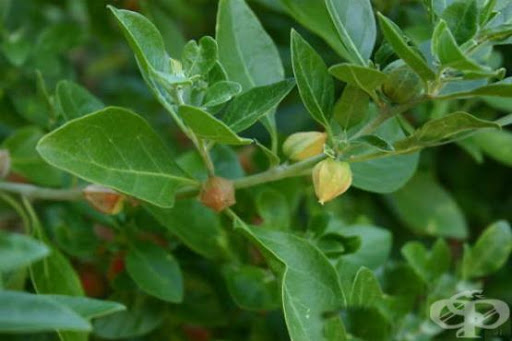 How does Ayurveda help patients to cope with this condition?

According to Ayurveda, there is an abundant choice of nutritional supplements that can help us with various neurological mechanisms, such as regulating the chemical balance of the brain. In many cases, these supplements may be an alternative to prescription drugs. Furthermore, practice shows that they cause fewer side effects and interactions than drugs.

Ashwagandha is one of the best natural remedies for the obsessive-compulsive disorder, because it interferes with several brain mechanisms. Herbal ashwagandha tea balances the brain chemistry, improves our resistance to stress and stimulates the neurotropic factor of the brain, better known for its abbreviation in Latin – BNDF. Ashwagandha can be beneficial in reducing the compulsive rituals that manifest and exacerbate when combined with anxiety and/or stress.

Ashwagandha is indispensable for its biochemical substances, as some of these are precursors of our hormones. It is theoretically believed that the Ayurvedic herb ashwagandha can help the neurotransmitter of the human brain – gamma-aminobutyric acid (GABA) to do its job – suppressing the hyperactive brain activities. GABA does much of its functions in the basal ganglia or the part of the brain that controls voluntary control and motivation.  It is believed that people suffering from obsessive-compulsive disorder have abnormal activity in the basal ganglia.

Ashwagandha is an „adaptogen“ herb, which means that we can use it as an aid in the fight against stress. It has been used as a soothing remedy for a long time, because it reduces the cortisol levels. According to some studies, ashwagandha helps to regenerate the axons and dendrites in the body that allow the flow of neuronal communication. The herbal ashwagandha tea can help us restore our synapses – the connecting points between parts of the brain. Ashwagandha can repair even damaged neural networks.