Treatment of chronic fever with Ayurveda

Fevers can occur periodically due to longer infectious diseases present. The diseases may be caused by:

There is also a disease called Q-fever, which is caused by a pathogenic intracellular bacteria. This bacteria is very dangerous because it is passed on to the human by domestic animals – sheep, goat and cattle. The infection can happen through milk or while cleaning the stalls, because the bacteria can survive for a long time in external conditions, for example, it is active for a long time in the manure. The infection can also happen due to a tick bite.

When we have chronic fever usually we have high temperature. The feverish condition affects all organs and systems in the organism. Thus, for example, metabolism increases, which burdens the liver, and the movement of the food in the digestive tract slows down, resulting in decaying processes and heartburn; the blood pressure rises, pulse increases, and so on.

When the temperature drops, the reverse processes slowly begin, but before the recovery comes a new attack and these changes upset and exhaust the organism.

Chronic fever is perceived by Ayurveda as a signal that human’s natural proportion of vital energies is imbalanced. These are the three energies that flow through fine channels in the body, which are called Doshas and they carry out the vital processes in the organism. Vata dosha manages all kinds of movements, Pitta is responsible for the transformations, Kapha regulates the fluids in the body.

These Doshas are set at our birth in a certain proportion that is unique for everyone. The predominant Dosha determines the type of Dosha of the specific person. When the balance is observed, the organs and systems function optimally and people do not get sick. The deviations in the balance of a given Dosha, however, causes abnormalities in the function of the respective organs that lead to ilnesses. Chronic fever, along with other symptoms, indicate that there are energy disturbances that need to be corrected. 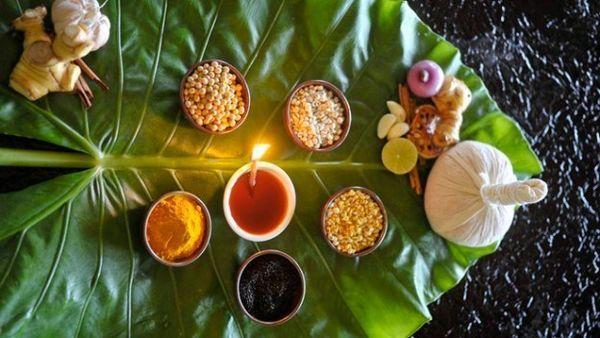 Treatment with the help of Ayurveda

By restoring the energy balance, Ayurveda sets the body into its natural state, in which it can control itself, self-cleanse and self-protect.

Energy deviations are usually complex – disturbances in one Dosha cause imbalances in the other two to some extent. First of all, the Ayurveda doctor determines the type of Dosha of the patient, then he specifies the energy deviations. In order to do so, he performs a detailed physical examination and gathers information about a number of life situations with regard to the work and domestic environment of the patient, his relationships with others, and so on, because according to Ayurveda, biological health is related to emotions and consciousness.

The manifestations of chronic fever, along with other symptoms, indicate in which Dosha there are imbalances. Each Dosha can be adjusted with the help of a certain Ayurveda diet and daily regime. Due to the complexity of the deviations, these regimes are always strictly individual, prescribed by the physician and can not be commented "generally".

However, a common part of the treatment is to cleanse the body from toxins because the cells can be damaged by them, the energy channels and fine channels become blocked as a result.  The cleansing process is done through Puvakarma – externally and preparing for Panchakarma – internally through a combination of laxatives and other cleansing agents. Puvakarma includes pouring with oils from plant extracts, massages, rubbing of herbs, herbal sauna, etc.

The herbal treatment includes mainly warming herbs and spices in order to induce sweating and temperature to drop. Traditionally, dry ginger and pippali with some added honey are used. Trikatu also has beneficial effect, as well as the cinnamon, red pepper and carnation.

In case of a prolonged fever are used bitter herbs, as the laxative herbs such as aloe and rhubarb are used for Pitta and Kapha type of fever, Triphala is used for Vata type of fever.  Amalaki, shatavari and katuka have toning effect. The immune system is strengthened with the help of ashwagandha, astragal, ginseng, and so on.