AyurvedaSofia / Blog / How to control our cholesterol with the help of Ayurveda?

How to control our cholesterol with the help of Ayurveda?

How cholesterol is formed and when it is dangerous

When it comes to the danger of cholesterol, it should be made clear that it is two types. It is accepted that the one of these two types is called "Good cholesterol", because it is actually useful. The "Bad cholesterol", however, damages the health and there are health risks related to it.

With the help of Ayurveda, bad cholesterol can be lowered and controlled to avoid the risk of cardiovascular diseases, which are the leading cause of death nowadays.

Cholesterol is one of the important substances on a fatty basis in the blood. It enters the body in two ways. One is by its production in the liver. The other is with food.

In order to move, cholesterol connects to proteins forming lipoproteins. When they are high density, the cholesterol is Good. It is involved in the composition of cells and construction of the membranes; it purifies the fat from the blood, reducing the bad cholesterol; contributes to the production of hormones, bile and Vitamin D; helps improve memory, fights various infections, even cancer. Moreover, Good cholesterol plays a role in the anti-inflammatory, antioxidant and anti-aggregative protection of the organism.

If the density of the lipoproteins is low, then we have the Bad cholesterol. In its movement, it makes deposits and plaques on the heart arteries, which contributes to the development of atherosclerotic plaques. They greatly narrow the blood vessels, as they can even block them. And clogging of the coronary arteries leads to cardiac attack.

Another danger is that plaques can produce separate particles that can reach the brain causing a stroke. In general, the reduced conductivity of the vessels damages their functions, resulting in less blood being delivered to the heart, forcing the heart muscle to work hardly. In this way, cardiovascular diseases occur and as it was mentioned above, they are the leading cause of death in the world.

47% of the deaths in Europe are due to cardiovascular diseases, and in the world in general they rank before wars, traumas and cancerous diseases. Two of every three people in Bulgaria die of heart attack, stroke and heart failure.

Cholesterol and the theory of Ayurveda

Thousands of years ago, cholesterol was thoroughly studied by the Ayurvedic science – causes, types, benefits, harms and treatment. The diseases caused by it are also well-known. For example, Ayurveda people have given a special definition for the state of increased cholesterol levels accumulated in the coronary artery. The literal translation is heart disease.

Ayurveda has divided the cholesterol into two types long before the western medicine did, distinguishing the good from the bad one. According to Ayurveda, Good cholesterol lubricates body channels, especially blood vessels. It provides them with elasticity and strength.

If the Good cholesterol is low, the walls of the vessels become dry, thin, and can easily rupture. This causes poor circulation and insufficient oxygen supply to the tissues. It is especially dangerous when the brain vessels become dry.  This leads to increased intracranial pressure, severe headache, weak memory and chronic fatigue.

Ayurveda explicitly points out that Bad cholesterol comes from unhealthy foods. Once they enter the body, the saturated fats transform into Ama – accumulated toxins that poison the organism. The toxic layers are two types. They can be simple or complex; they are closely related but affect health in different ways.

Simple Ama is a specific substance – sticky and with unpleasant smell, it deposits in the digestive system, as well as in various other internal organs. Ama is a result of insufficient absorption of food. It often occurs in patients with unhealthy diet and gastrointestinal disorders. If you eat unhealthy foods for a long time without performing toxin cleansing procedures, a large concentration of Ama accumulates in the tissues.

Eventually it turns into a complex ama – Amavis. This one is much more dangerous, because it mixes with the doshas and tissues, and also with the waste products. It causes not only atherosclerosis, but also a number of other serious diseases such as cancer.

According to Ayurveda, the high cholesterol accumulated in the blood is due to improper diet that activates the formation of mucus because it has increased Kapha dosha. Therefore, the treatment is mainly based on diet, herbs and procedures that soothe Kapha. 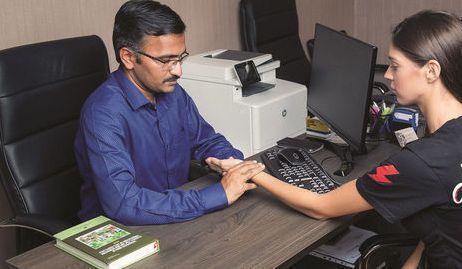 Bad cholesterol is only present in products of animal origin. In this sense, the vegetarian diet, which is the main food for Ayurveda people, is absolutely adequate for lowering and control of the cholesterol, as well as for prevention of cardiovascular diseases.

This interconnection has been established by Ayurveda in antiquity, and there is list with the most harmful products:

Fried foods, cakes, cold foods and cold drinks are not recommended. In general, according to Ayurveda, the foods that increase cholesterol have a salty, sour and sweet taste.

According to Ayurveda, meat, rice and bread belong to the group of foods with sweet taste. Later on the Western medicine confirmed that vegetarianism is the best option and protects the blood vessels and the heart.

For a number of reasons, however, which include geographic, cultural and other differences, a lot of people cannot give up meat completely. Perhaps because vegetables cost more in the winter season.  Then what to eat in order to lower bad cholesterol and to control its levels?

First of all we have to pay attention to the oil. Ayurveda recommends olive oil. Ghee butter, which is a purified cow’s butter, can also be used even for medicinal purposes. The doses should be controlled:

If you cook with plant oil, avoid frying, because plant oils lose their beneficial properties at too high temperatures. They should be used for salads or for baking and steaming on low heat, mostly of vegetables.

Ayurvedic methods and herbs for treatment of high cholesterol

Ayurvedic methods used to lower and control the cholesterol include various procedures and herbs, as remedies that are easy-to-use at home.

To reduce cholesterol, Ayurveda recommends hot water with a spoonful of lemon juice – fresh and with honey. It should be drunk on an empty stomach in the morning. This helps the body to cleanse by reducing excess fat and thereby helping to reduce cholesterol in blood. Another easy option is to eat garlic every day – between two and three cloves of garlic.

In order the cholesterol plaques to dissolve more easily and cholesterol to decrease, a mixture of ginger and garlic  with added Linden tea is recommended. This potion against high cholesterol should be consumed 20 minutes before eating. It is also useful to drink coriander with warm water every day – a spoonful per cup. Coriander is a good diuretic and helps to eliminate part of the excess cholesterol through the kidneys. The positive results appear within a month.

The powdered tree bark arjuna dissolves cholesterol in the coronary artery, lowering the risk of a cardiac attack. It is usually used in the onset of cardiovascular problems. Another traditional medicine against high cholesterol used in India is guggul, which is very beneficial because of the guggulsterones contained in it. Alfalfa is also used because it cleanses the artries burdedned by the cholesterol. It can be consumed as a tea or juice, or in fresh salad.

However, people should be aware that only the ayurvedic physician can prescribe a specific treatment after a detailed Dosha diagnostics, examination of the general condition of the patient, considering possible diseases, and so on. Both the recipes and the treatment are strictly individual and cannot be applied to all. 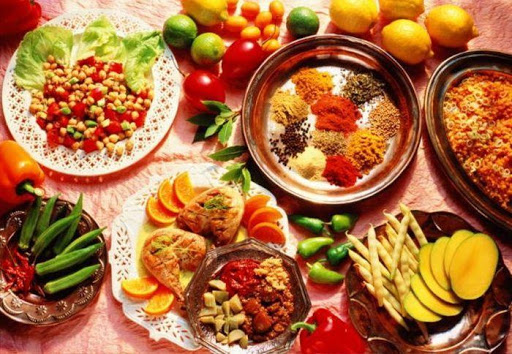 What are the symptoms of high cholesterol?

There are various symptoms that can indicate high cholesterol. If they occur, the cholesterol levels should be tested.

Symptoms include acute chest pain and shortness of breath. These are related to the narrowing of the coronnary arteries due to choleasterol plaques and induced ischemic attack. Chest tightness may be accompanied by heaviness and headaches.

Because of the hardened and blocked vessels, the pain may be concentrated in the neck or in the upper stomach area. Another symptom is the occurrence of a network of small hemorrhages and leg clots caused by cracking of skin capillaries.

The yellow spots on the skin and around eyes are also an indication. Their name is xanthomas and they are mainly caused by high cholesterol. It accumulates in the tendons and various body parts causing the blisters of yellowish color.

Pain in the legs can also be a symptom of high cholesterol – the tension in the narrowed arteries of legs causes discomfort during physical activity. Because of the limited blood circulation and reduced oxygen delivery, easy fatigue may occur.

Disturbed breathing also can occur in palpitations. The beats of the heart are uneven and unusual – it seems like that it misses a beat and the next one is stronger. The cause again are the narrowed arteries due to cholesterol. There are some factors that increase the risk of high levels. These include the sedentary lifestyle and overweight; age – people over 50 are more prone to this condition; smoking, etc.

← Treatment of weak immunity in children The oils in Ayurveda →