Treatment of weak immunity in children

Stages of immunity formation and causes of its deficiency

Children can easily get sick, but some of them most often. Why? The problem is immunity, the ability of the organism to fight against various viruses and bacteria that enter the body from the outside environment. When the immunity is weak, the children is more susceptible to diseases.

At an earlier age, children most often get acute infections of the upper respiratory tract because one of their major protective factors – immunoglobulin A, reaches the required levels at about 5 years of age. That is why the runny nose, colds, cough and fever are so common. Often these conditions leads to complications and inflammations of the lungs.

There are several critical periods that influence the formation of child’s immunity. In the first 28 days, the baby is protected by the immunity of the mother, as part of it is transferred to the baby during the pregnancy period. Breastfeeding is especially important because it has a protective function for the organism of the child. Between the third and sixth month of the child’s life, the antibodies from the mother transferred to his body start to destroy themselves and the baby begins to form an active immunity. During this period, viral respiratory infections are very active, and intestinal infections can also occur.

There is a likelihood that if the baby has not received the respective antibodies from the mother, he may become sick of rubeola, whooping cough, varicella, with high risk of relapse because the child does not have an immunological memory yet. Between the second and third year, children are very susceptible to bacterial infections.

At the age of 6-7, there is a high risk of allergic reactions. In adolescence /for girls is at 12-14 years of age, for boys is at 14 – 15 years of age/ begin hormonal changes and rapid growth, and chronic diseases can be felt with high intensity. Immunity is at an additional test if teenagers have bad and unhealthy habits.

Causes of reduced immunity can be divided into two groups – in babies and children in school age. Low immunity in babies can be caused by trauma that occurred while passing through the birth canal or difficult pregnancy; genetic predisposition to infections; early stop of the breastfeeding; improper nutrition and digestive problems; poor ecological conditions and overdosed medicines.

At school age, the main causes include frequent ear, nasal or throat diseases; poor nutrition; stress and tension; conflicts and rejection from the circle of friends; sedentary lifestyle, staying in front of TV, computer, and so on. To strengthen and maintain immunity, Western medicine applies mandatory and recommended prophylactic immunizations and revaccinations, immunostimulatory medicines and immune modulators. 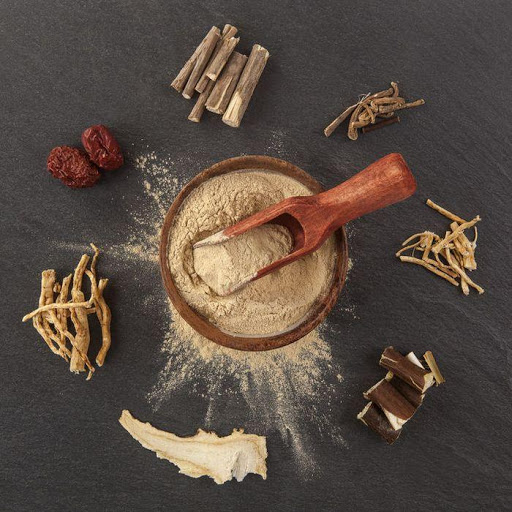 Ayurveda strengthens child’s immunity with natural remedies. These include herbs and herbal combinations according to special recipes. The ingredients in these recipes are often numerous – badam, for example, includes more than 30 components, as the ingredients of chawanprash in some variations are over 50, and so on.

The medicines are in different forms, taking into account the specifics of different age groups in the development of the child – there are syrups, marmalades, powders, pills and capsules.

These natural products have a broad-spectrum effect, nourishing different organs and whole systems in the body, activating their functions, so the body becomes more resistant to external influences, with increased immunity.

A traditional Ayurvedic remedy for strengthening weak child’s immunity is triphala, which is a combination of three fruits. For the first one – Amla, it’s enough to say that it contains vitamin C in three times more larger quantities compared to other fruits and vegetables.

The other two ingredients Bibitaki and Haritaki, are extremely rich in antioxidants. All three fruits are very powerful adaptogens, as their combination tonifies the body, eliminates fatigue, activates digestion and liver functions, promotes cleansing of the gastrointestinal tract, and they have an antiseptic and healing effect. Triphala is consumed with water in the morning or in the evening, before or after eating. Usually the dose for adults is 1-2 capsules per intake, but the dose for children should be specified by an Ayurveda specialist.

Another popular Ayurvedic remedy for strengthening the immunity is Trishun, which is also very effective for relieving ailments such as colds, runny nose and flu. It lowers high temperature, eliminates fever, supports the liver function, boosts metabolism and has an antiseptic effect. It is consumed with hot water and some honey. The dose should be prescribed by the physician, and the healing course should be performed under medical supervision.

Koflet is a traditional remedy used in poor child’s immunity. This remedy has powerful anti-oxidant properties and is very effective for the treatment of various types of cough. If consumed in the form of tablets, the dose should be one tablet 2-4 times a day, but the exact dose should be determined by a specialist. Brahmi, Chawanprash and other are also very popular remedies.

Children’s immunity and the Doshas

As is known, the peculiarities of a person, both physical and spiritual, Ayurveda associates with the leading dosha of all three vital energies. They are set in a unique proportion for each person, and the dosha that is predominant determines the constitution of the body.

Children with predominant Vata dosha are physically more fragile than others, they are predisposed to digestive problems, hiccups and constipation. Their sleep is often restless, which has a negative effect on immunity.

Observe the behavior of the child while sleeping. Children of the Vata type can have bright dreams, and you can judge their condition based on that. Tears, sadness, laughter, smile during sleep are indicative of the baby’s condition.

If the child is a bit older, it is recommended parents to ask him/her about the experiences during the day. These children are not resistant to cold weather and they eat chaotically – without exact regimen, which is also bad for immunity. In the winter, when Vata is naturally increased, they should consume warm foods and drinks, warming spices in moderate quantities. The room of the child must be warm and the air should be moist.

Children of the Pitta type have a normal sleep, relatively rarely have problem with appetite and digestion. Sometimes they may have increased acidity, resulting in nausea. They are susceptible to rashes because of the diapers, as well as to skin inflammations. They have increased sweating and frequent bowel emptying.

Children of the Pitta type need special attention during the summer when the "fiery" energy activates in nature. Parents should keep them from excessive heat and direct sunlight.  The head of the baby should be in a cool pace or at least in the shade. The room has to be cool, the air – not too moist, and in order to balance the Dosha is good to consume firming, sweet and bitter food, as the warm, spicy and greasy foods are not recommended.

Generally, children of the Kapha type have a stronger physique, their construction is bigger and denser and they have high endurance and enjoy good health – they get sick relatively rarely. Babies of the Kapha type sleep more, they do not tolerate the cold and humid. They are susceptible to acute respiratory infections due to viruses, transferred through air and often suffer from sinusitis and otitis.

Parents should often make trips with the child to enjoy the fresh air and to provide him/her with interesting active game activities. Babies should not be left to sleep and overeat. If Kapha is increased, the dairy products, as well as the fatty, cold and sweet foods should be limited.

← Does Ayurveda help in Down syndrome? How to control our cholesterol with the help of Ayurveda? →