Increased thirst as a health problem

The body of all living organisms needs water in order to function. Water hydrates the body, regulates body temperature, and helps eliminate waste products from the body.

Drinking large amounts of water is recommended by specialists and is healthy. But sometimes this increased thirst for water can be a symptom of a disease. The medical term for this condition is calledpolydipsia, literally meaning pathologically elevated thirst, which is accompanied by excessive fluid intake.

Polydipsia is not a disease, it is a nonspecific symptom of various medical conditions and is especially common in  diabetes. Quite often, increased thirst occurs as a result of heavy workouts or as a result of consuming more salty foods. Another common cause is zinc deficiency, as zinc reduces the symptoms of polydipsia, causing the body to absorb water better, helping to hold more sodium.

Diabetes mellitus may be the cause of polydipsia. It is a rare condition that causesinsufficient secretion of vasopressin (an anti-diuretic hormone secreted by the hypothalamus that drives renal function) leading to frequent urination and thirst.

Polydipsia is also a symptom of diabetes mellitus. This disease has high levels of blood sugar in the body. The kidneys are unable to process these high levels and sugar is absorbed by water when discharged with urine, which leads to increased thirst for water and increased fluid intake Thirst accompanied by frequent urination are two of the most common symptoms of diabetes, as and the feeling of hunger and weight change.

Dehydration is another cause of increased thirst for water. Dehydration can be caused by sepsis, high fever, intestinal infection, food poisoning, prolonged exposure to high fever. Other symptoms of dehydration besides thirst are dry skin and mucous membranes, fatigue, confusion and dizziness.

Sometimes increased thirst can be caused by taking certain medications such as anticholinergics, phenothiazines and diuretics.

There is also psychogenic polydipsia. The reason for its occurrence is not fully understood. This type of polydipsia is a psychiatric illness. Patients thirst for it, although in reality their body does not need to drink additional fluids.

Increased thirst can be caused by both harmless and natural causes and serious health problems. It is normal, for example, to thirst after eating salted or after heavier physical activity.

However, if thirst occurs for no apparent reason, and although we drink two to three liters or more of water a day, this leads to illness. If we often go to the toilet in this situation, it is probably diabetes – blood glucose is increased, more urine is formed, and  more urine is released, which leads to dehydration.

The reason may be the so-called. tasteless diabetes – when there is either a deficiency of antidiuretic hormone, or the kidney has lost its sensitivity to it, and urination increases, which also leads to dehydration.

Thirst can also be due to taking blood-lowering medications, anti-allergies, expectorants and more. The basis of increased thirst biologically may be a number of other changes in the body, because it is a set of interconnected systems that affect each other. For example, thirst can occur with head trauma.

For Ayurveda the increased thirst is a result of disturbances of the energy balance in the body, which lead to biological, emotional and mental changes in the natural, natural state of health. These are the three energy-doshas through which the body lives. Each of them carries out a certain type of life processes in the body.

Movements are driven by Vata – nerve impulses, blood circulation, inhalation / exhalation, even the flow of the other two energies into the body – without Vata, they cannot take place as flows through energy channels. All  transformations are led by Pita – from digestion to metabolism and energy. Kafa is a fluid control. The three doshas for each person are in a unique proportion and balance, with the leader determining the type of dosha. 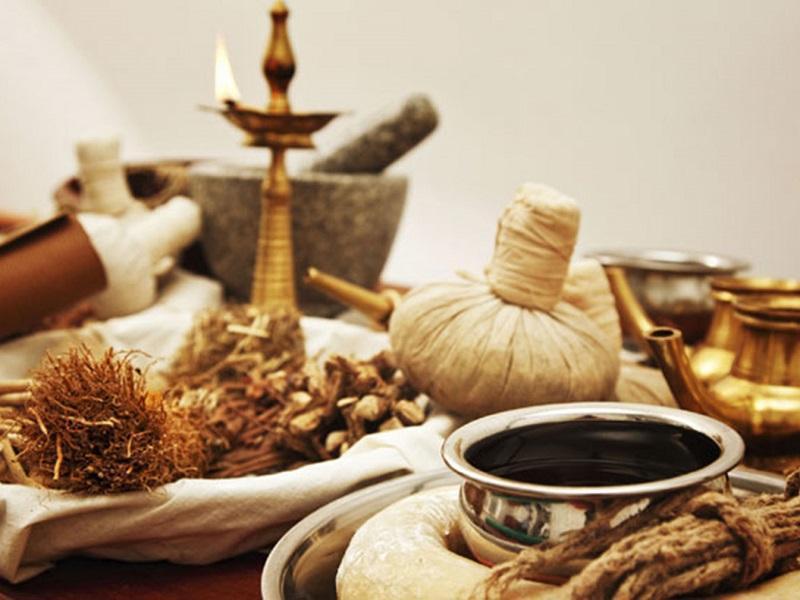 Ayurveda treatment aims to restore the balance of Doshi. When it returns, the processes in the body are normalized, organs and systems begin to function optimally and there is no room for disease in the body.

Increased thirst along with other symptoms – for example bone pain, nausea, rapid fatigue, yellowed skin, poor memory, etc., for Ayurveda doctor is a signal for energy imbalance. Usually, the disorders are combined because a Dosha's equilibrium causes changes in the other two.

That is why ayurvedic diagnostics is complicated – besides the biological examination – heart rate, eyes, tongue, posture, gait, speech, muscular reflection etc., the doctor also includes questions about personal life – where and what the patient works, in what climatic and living conditions he lives, what his relations with relatives are, at work and many others. The warm climate, for example, increases the hot Pita and balances the cold Vata; suppressed fear leads to kidney problems, anger – to the liver, etc.

After being diagnosed with the causes of thirst, the ayurvedic doctor draws up a treatment plan through the ayurvedic diet regimen and daytime activities, cleansing the body of the various toxins accumulated, healing and spiritual practices used by yoga. The release of toxins is necessary in order not to impair the development of cells and tissues, and to clear blocked energy channels. It is performed externally – by oiling, rubbing various herbs, steamed herbal baths, etc., and internally – intake of laxatives and cleansers.