Reason for loss of consciousness and first aid

Loss of consciousness may occur for different reasons; it may be accompanied by various symptoms and may have different duration. The duration of more than 2 minutesalerts to a serious health problem, and ofover 5 minutes, it might be life-threatening with breathlessness and incurring brain damages.

Some people may faint at the sight of blood – in excess of emotions for them, after which they recover without any damage to the vital activities.

But the loss of consciousness might be related to a serious health problem:

The accompanying symptoms can also be various:

In all cases – even if the faintingpasses and theaffected person thinks that he feels fine, after emergency help a doctor’s diagnosis of the cause and relevant treatment should be sought, as the loss of consciousness actually shows poor blood and oxygen supply to the brain, which can lead tosevere damages to the entire body.

That’s why, if we witness someone losing consciousness, first we have to call in an emergency help by explaining the symptoms, that we haveobserved. If there is severe bleedingfrom external trauma, we have to try to stop it. The mouth should be examined for possibleswallowing of the tongue or vomited; the tongue should be released, in order to provide free airway forbreathing, the clothingshould be loosened.

If there is breathing, the casualty should be placed in a lateral lying position. The face should be sprayed with cold water; wet towel should be laid on the forehead. If there are convulsions,an item of clothing should be put under the head in order to prevent injury; the objects around, which it can strike, are to be removed.

Diseases occur due to energy imbalance in the body.These energies are three; they are called Doshas and each one controls a certain kind of vital processes. When these energies are in the unique-for-every-person balance, set at birth, all body organs are working optimally and the body is healthy. Unbalancing a Dosha, disrupts the function of the respectiveorgans, which leads to diseases. 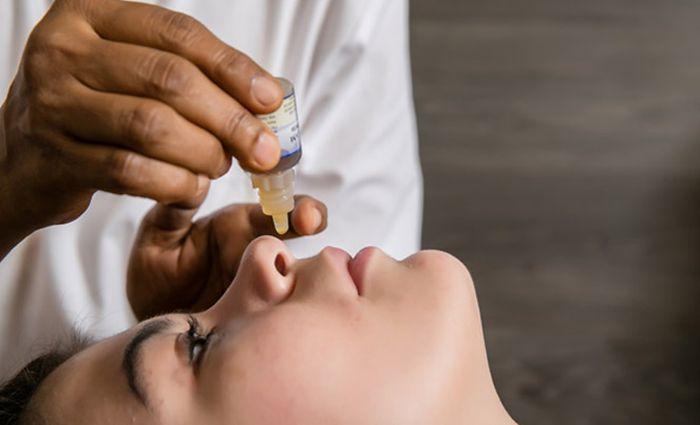 Diseases, causing loss of consciousness, are related mainly to VataDosha, on which, the activity of the brain and the nervous system depend. However, usually in these cases, PittaDosha is imbalanced as well, which is related to the digestionand the metabolism accordingly.

Ayurveda restores the energy balance through a specific type ofdiet, herbs, many of which could be used like spices; also, pouring of medicated oils, massages, biological toxincleansing, appropriate yoga exercises.The complex of treatment measures should bespecified very carefully, when the disorders are of amixednature, as for Vata, for example, warm and liquid food is suitable, while for Pitta – cold and dry one.

Herbs and oils should have the same propertiesrespectively – they should cool Pitta and warm out Vata Dosha. A good specialist, however, can use herbs enhancing the digestive fire without boosting Pitta energy – turmeric, cumin, saffron, coriander,and others. At the same time Pitta cooling ones are thespearmint, mint, dill, cardamom. From the Pitta oils,the most frequently used ones are the coconut, and also the sunflower, hemp, flax, as well as olive oil.

Beneficial for Vata are: garlic, clove, mustard, black pepper, ginger. Generally, all oils moisturize the drynessof Vata, and are good for nourishment of the nerve cells. Still, there are some traditional ones – for example, Ghee and sesame oil, which can be used both externally and internally. Thus, for example, in addition to pouring over specific areas of the head, to nourish the brain cells, there isаprocedure called Pratimarsa Nasyam – a herbal healing product, which is taken through the nose.