AyurvedaSofia / Blog / What is Kapha dosha

What is Kapha dosha

„Kapha“ is one of the three doshas – according to the Ayurvedic science, these are our vital energies, the constitutions of our body and spirit. The Doshas are the manifestations of the five elements – ether, air, fire, water and earth, and they are responsible for all vital and energy processes that take place in our bodies.

The human being is a unique combination of all three doshas that are set in different proportion in each one of us. There are rarely people that have only one dominant dosha – we often see a combinational types.

Representatives of the Kapha subtypes may be Kapha-Vata and Kapha-Pitta when Kapha dosha is predominant; respectively, Vata-Kapha and Pitta-Kapha if Vata or Pitta dosha are predominant, as well as the rarest option – Vata-Pitta-Kapha type. Proper determination of our constitution gives us the opportunity to better understand our nature and better control the balance of our vital energies.

The Dosha or doshas that are predominant in us also give us our dominant characteristics. At the same time, however, our mostly expressed dosha is that which is also at the highest risk of aggravation and going out of balance. Although if compared to the fiery Pitta and aerial Vata, Kapha is the most balanced of all three doshas, the Kapha energy can also become aggravated. 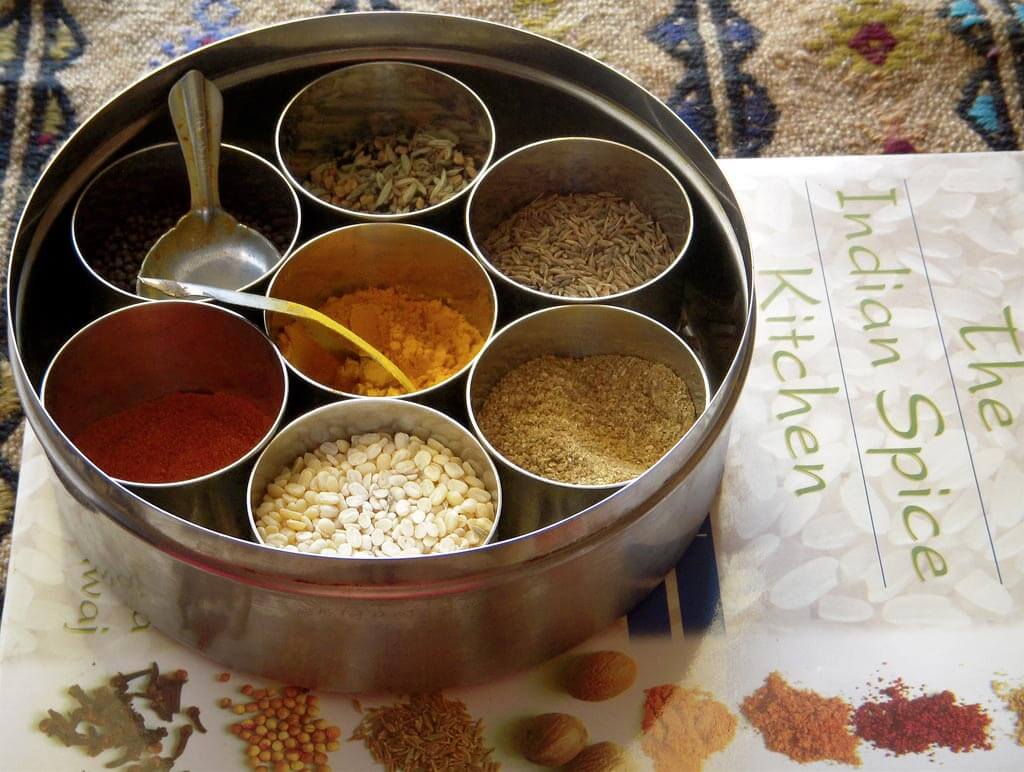 Water and earth are the main elements that form Kapha dosha. It is the most grounding dosha. It is cold, moist, fluid, round (without edges), heavy, slow, blunted, and smooth, dribbling, sticky, cloudy and static to touch. Kapha is the dosha that builds our flesh. Since it contains both water and earth, Kapha can be soft and hard  – depending on how much moisture it contains, for example.

The Kapha energy is responsible for the balance of body fat, as well as of the sleep, growth, cell regeneration, memory, and the ability to sense taste and smell of things. But it is extremely important for our overall well-being.

Kapha dosha has exceptional preserving properties – it helps the previous states to continue to exist, regardless of whether they are good for us or not, so we shoul be very careful in term of our „fine tuning“. Kapha is the energy that keeps the movement of Pitta dosha in a vertical direction and the movement of Vata in the horizontal, and gives us the stability we need.

People with predominant Kapha dosha have well-developed, large bodies. If they take proper care of their physique, they can be extremely athletic, but if they choose to indulge in a sedentary lifestyle without enough movement, they often become inclined to weight gain.

Men with a Kapha constitution have a very well-developed musculature. Since Kapha dosha is responsible for sleeping, people with predominant Kapha need more sleep – often they sleep between 8 and 12 hours in order to feel good.

The emotional manifestations of Kapha are feelings of satisfaction, compassion and forgiveness. People of the Kapha type are usually quiet, serious and modest, and the greatest pleasure for them is the time spent with the friends and family.

Each one has its own manifestations.

Avalambaka Kapha is the support, it is the one that gives the endurance characteristic of people who have a Kapha constitution. It is mainly concentrated in the heart and chest area. If avalambaka goes out of balance, this affects the humidity in the body.

The sub-dosha, tasked with moisturizing, e kledaka. It is located in the gastric juices and manages the liquefaction of food we eat. Kledaka Kapha is adversely affected by the used of medications that contain paracetamol and aspirin, and its imbalance may lead to gastric problems, including ulcers.

Tarpaka Kapha is the dosha of pleasure. It can be positively influenced by daily yoga practice, because it stimulates the centers of joy in us.

Sleshaka Kapha is the energy that maintains our joints well lubricated and mobile, therefore if it goes out of balance it causes joint problems.

Bodhaka Kapha is located in the mouth and saliva. It gives us the ability to feel the taste of food, and in general it shapes our gustatory preferences in life.

When our Kapha dosha is in harmony, we feel stable and powerful – both in physical and emotional aspect. Under the influence of the well-tuned Kapha we feel complete, protected and filled with love and forgiveness.

People with a predominant Kapha energy are characterized by their high endurance and strong memory compared to other types of people. They usually have big eyes and a soft look, and tend to think long before making any decision. It is believed that people with predominant Kapha like to indulge in eating, even due to boredom. That‘s what makes them physically bigger compared to people with Vata and Pitta constitution. Excessive consumption of sweet, salty and sour foods can also contribute to the increase of Kapha dosha and can disturb its levels beyond the normal.

If we accumulate an excess of Kapha dosha, this is usually expressed in a feeling of fatigue, heaviness in the head, lethargy and even laziness, sinus problems, drastic weight gain, water retention, excessive greasiness of the hair and skin.  In a spiritual and emotional aspect, the excessive accumulation of Kapha dosha is similar to clinical depression – usually we sleep more but we cannot feel energized.

In the morning, the increased Kapha makes us feel heavy and stiff. We may feel unable to separate from something or someone, and this may be accompanied by obsessive feelings of ownership and jealousy, as well as greed. Normally, in case of aggravated Kapha, it is difficult for us to tolerate cold and wet weather, because Kapha itself has these qualities and they are in excess.

Excessive levels of Kapha dosha may lead to mild ailments, for example, wet cough, sleepiness and slow metabolism, as well as to serious diseases such as asthma, allergies, diabetes, cardiovascular diseases and obesity.

How Ayurveda helps us overcome the imbalance in Kapha dosha 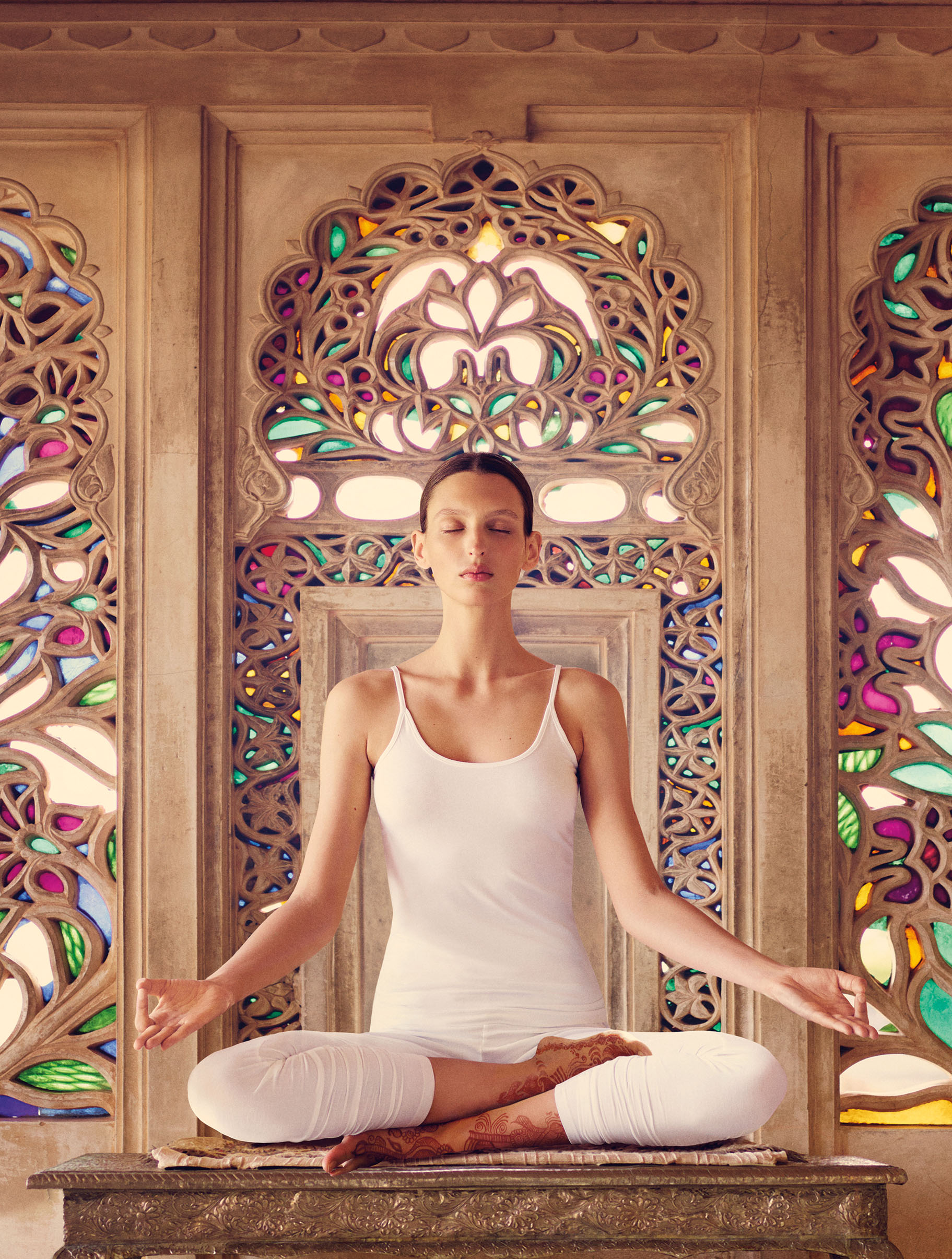 Ayurvedic knowledge and its principles can help us deal with the problems related to dosha imbalances. By introducing seasonal products and recipes, and a proper and balanced lifestyle, we can regain our balance.

Vegetables that have harmonizing effect include spinach, peppers, broccoli, celery, garlic, as well as the black beans.

At the same time, the consumption of oranges, avocado, tomatoes, zucchini, watermelons and melons, pineapple, papaya, plums, as well as grapes, however should be limited, because otherwise the situation may become worse. Instead, replace these with beets, asparagus, lentils, ginger, carrots and Brussels sprouts.

We should limit the consumption of wheat, pasta and to a great extent – rice, and with regard to oils it is recommended to avoid olive oil, sesame oil and cow‘s butter. The milk must be low-fat and boiled to facilitate its digestion.

In no case should milk or other food be consumed cold, because cold products additionally aggravate Kapha. It is best to replace cow’s milk with goat’s milk.

Due to their high fat content, nuts are also not a good idea if you have elevated levels of Kapha dosha. It is certainly advisable to avoid the Brazilian nut, cedar nuts, macadamia and coconut.

However, you can consume almonds, but only if they are raw and soaked in advance in water and then peeled. Pumpkin seed and sunflower seed also have beneficial properties if consumed in small amounts, as well as chia seeds and popcorn. However, they should be consumed raw and without added sugar if possible.

It is good to avoid the use of white sugar in any form, as well as of salt – all other spices are allowed, as they will even help you to bring Kapha dosha back to balance, and these include black pepper, basil, cardamom, cinnamon and coriander, pippali (long pepper).

It is a good idea to replace the sugar with honey, because it is ideal to harmonize Kapha. The meats that you can consume include chicken, rabbit, turkey, seafood and fish, but you should avoid salmon, tuna, sardines, but if you consume these they should be in small amounts. Veal, pork, lamb and duck meats are not recommended. In order to cleanse the organism from the accumulated toxins, Ayurveda recommends also the regular Panchakarma sessions (cleansing procedures).

Physical exercises for aggravated Kapha should be dynamic and stimulating in order to counteract the inner feeling of lethargy. Since in the Kapha constitution the focus is on inhalation and swallowing of air, often at the expense of exhalation – the release, it is a good idea to add to our daily exercises a little yoga of breathing, the so-called pranayama.

Ayurveda uses the properties of different herbs as an aid in diets to improve the balance of the doshas. Dandelion tea, for example, has a wonderful effect, it purifies the blood and liver. Other herbs that help to reduce our Kapha energy are the sweet flag, guggul, Chinese coptis, ginger and rhubarb.

For the balancing of Kapha you can consume Aloe Vera, aconitum, brahmi, and so on. You should be careful with some healing herbs such as amla (amalaki), ricin, because they increase Kapha odsha.

Black tea and coffee in moderate doses also help to regain the normal levels of Kapha dosha. Massages with oils also have very positive effect on balancing the energies.

An important part of maintaining the balance of Kapha dosha is also the regular spiritual practice, for example, meditation, as well as the involvement in various forms of charity.

← What is Pitta dosha? Does Ayurveda treat psoriasis? →