Treatment of depression with Ayurveda

Depression is a psychic condition, which in various degrees of depth, affects the lives of hundreds of billions of people around the world every year. It can arise, provoked by a traumatic experience, imbalance in our body and brain, or simply by itself – in people who are predisposed to it.

Although it is often underestimated, the depression can play a serious part in our lives and affect all of its spheres. The traditional Western medicine treats that condition most often with the help of medicament treatment; also, the method of psychological therapy is often applied, especially in groups.

Which symptoms indicate, that you are developing depression?

Depression is always accompanied by the so-called anxiety and panic attacks. Most often the panic attacks and the anxiety attacks are extreme reactions, triggered by specific repercussive situations. They are described by:

If the depression is not cured in the initial stages, it may go deeper and develop into a more serious disease, by reaching to suggestions, hallucinations, suicidal thoughts, etc. 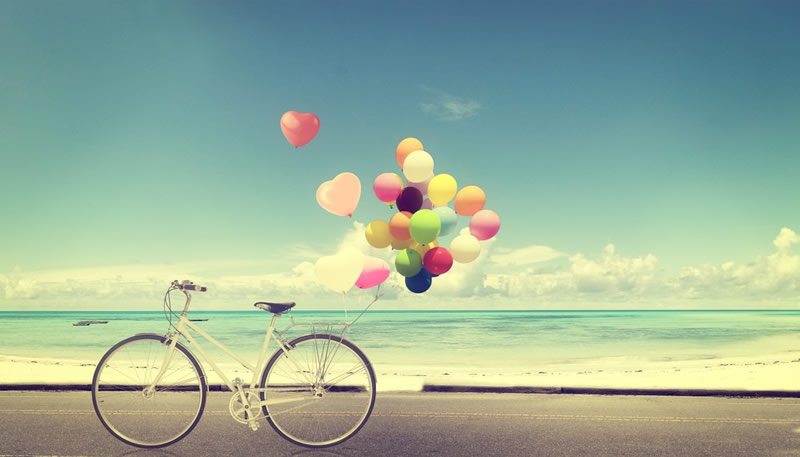 Depression from psychiatric point of view and how it is treated

Conventional medicine and psychiatry treat depression as a mental disorder, which can arise at any point in our lives, but most often in the late puberty and about 25 years of age. Its occurrence may be provoked by trauma that has happened in our life like for example the death of a close person or a separation from a partner. But unlike the normal state of sorrow, in which sadness comes at impulses, usually accompanied and unlocked by positive memories of the lost person; in depressive states, we observe a receding tide of the pleasant emotions for long periods of time, sometimes for 2-3 weeks at a time. When we mourn for the death of a close, usually our self-esteem remains unimpaired, while in depression this is not the case.

Most often in diagnosing of depression a combination of medication and psychological therapy is administered. The medicines used in the conventional medicine are called anti-depressants and usually their key property is to infuse large quantities of serotonin in the body or to interfere with the way our body releases it, with the aim of enhancing this process.

This is a particularly continuous treatment, which, in its turn, can cause a number of side effects like:

Poisoning with serotonin in patients prone to maniac conditions, may lead to hyperphasis. The treatment with antidepressants usually continues between six months and 3 years.

From the point of view of Ayurveda, depression is viewed as an imbalance, which occurs in 3 varieties according to the person’s type, that we are – Vata, Pitta or Kapha. The occurrence of depression or the imbalance of the respective Dosha, leads to various disruptions in our mental and spiritual world, as well as in their biological carrier – the body.

The treatment of depression with ayurvedic medicines could be done in combination with traditional pharmaceutical products and the methods of the modern medicine. At the same time, Ayurveda can help significantly to reduce, or even overcome a dependence on strong medicines, that has been developed as a result from previous treatment. With the help of that science, we can restore the balance in our Doshas and body. In addition to the herbal treatment and massages, in Ayurveda the treatment of depression is accompanied by diet, physical exercises (yoga) and other procedures.

Apart from that the Ayurveda methods can cure and even completely prevent the occurrence of comparatively mild cases of depression, and to free completely the people from their burden who are prone to fall into chronic depression. 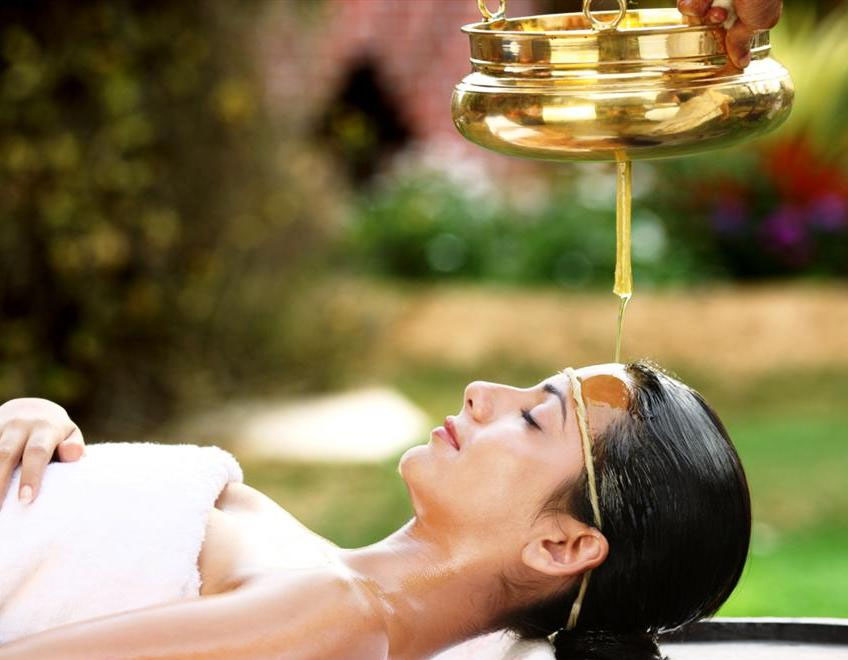 Vata-dosha depression is often characterized by various unpleasant feelings like anxiety, fear, problems with the sleep and nervousness. Ayurveda treats depression of this type with home remedies like garden tea or fresh-basil decoction. These kinds of tea can be taken twice daily.

Especially appropriate for the treatment of Vata depression is the sesame oil. The soles are rubbed by it as well as the head of the person suffering from depression. We can also prepare ayurvedic nasal drops from warm sesame oil. Three to five drops of it are put into each nostril in the evening in empty stomach.

Especially important for the treatment of Vata depression is to try not to be alone and to try to fight over the feeling of loneliness.

Pitta-Dosha depression can go deeper and become very dangerous. It may even cause suicidal thoughts. The feelings related to the Pitta-Dosha imbalance are the fear from unsuccess, the wrath, the sense for loss of control. A light form of this depression some people experience chronically in the winter.

In Pitta depression, according to Ayurveda, it is good to have ginkgo biloba tea twice to three times a day. The sculp and the soles are massaged with coconut oil in the evening at bedtime, and for the nose, warm drops from Brahmi herb are prepared and applied – 3-5 drops in each nostril.

This kind of depression is related to a peculiar feeling of heaviness. When we are suffering from it, we tend to sleep more, but we become increasingly drowsy; we will gain weight and can be seized by an overall inertness.

Ayurveda offers natural treatment methods to alleviate the Kapha Dosha depression. As Kapha Dosha relates mostly to our stomach, when we suffer from Kapha depression, it is recommended that we should do fasting for several days, in order to release the toxins.

After the purification, it is necessary that we should continue to have sattvic and rajasic food. In some cases, it is good to stop having meat completely. Especially healthy is the ginger tea, which is to be taken about twice daily. In the nose, we put nasal drops of the punarnava herb – twice daily, 5 drops in each nostril.

Yoga can be beneficial too, as well as the exercises for stamina. It is good to do the ‘Sun Salutation’ at least 12 times a day. We shouldn’t forget the stretches. Try reverse yoga poses and the air yoga for improvement of the blood circulation and to promote the elimination of toxins. 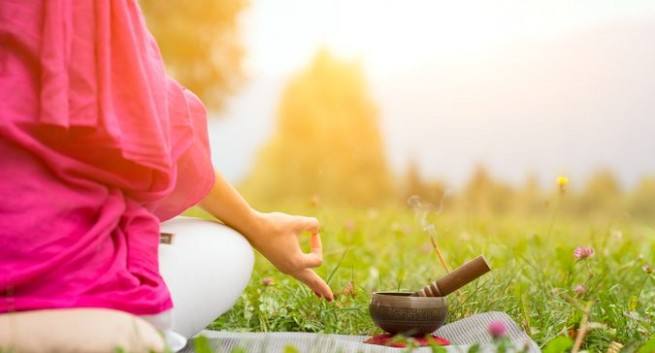 During an Ayurvedic depression therapy, the best is to follow a sleep regime as well, which can be difficult depending on the individual symptoms, which manifest. It is important to go to bed early, which will be a problem, if we have problems with the sleep, and to get up early, which can be very difficult, if we suffer from Kapha Dosha depression, which is characterized with а well-manifested drowsiness.

In Ayurveda, a number of healthy plants are known as beneficial in the fight with depression; for example, Brahmi, Aswaghanda, Amla, Ardjuna, Vacha, Satawari, cardamom and clove. Also, valued are the ordinary cooking spices like ginger, cumin, black pepper and coriander, in any combinations, depending on your imagination.

Meditation is beneficial for treatment of any kind of depression, but it is especially effective in Pitta Dosha depression. To have the desired effect, it is good to practise at least 20 – 30 minutes daily. It is especially important to get prana from the nature.

We have to look for it all the time and we should not spend too long closed in urban environment, because this exhausts our energy. Make sure, you move and walk enough every day; of course, it is preferable that you should do it outside than in a yoga studio, or fitness.