Each of the three Doshas could bring to a breathing problem

Each of the three Doshas – the human’s vital energies – can directly or indirectly lead to a disturbed breathing. These three kinds of energies cover all the health aspects, as the activities and functions of the body systems and organs are distributed among them.

The movements are carried out by Vata Dosha, the transformations – by Pitta, and Kapha is responsible for the state of the fluid and the consolidation of the matter. Thus, the three vital energies define the biological nature of the man like his physics, psyche and mind.

Controlling all the existence and development processes of the body, the Doshas are interdependent in a certain balance set by nature. When one of them goes out of balance, not only it causes disorders in the processes that it governs, but also, it causes deviations from the balance of the other Doshas and their functions as well.

Among the places where Kapha Dosha is prevailing, are the lungs and the stomach. When Kapha in the stomach is increased and it is in excess, it is passed to the lungs as well and mucus accumulates there; the mucus blocks the bronchi and the free passage of air. Thus, Kapha causes acute asthma conditions, pneumonia, and other conditions.

The function of the lungs is influenced by Vata Dosha, which governs the breathing in and breathing out as a part of the movements in the body. The dry cough accompanied by permanent tiredness for example directs to problems with Vata energy.

The reduced Pitta leads to a weak digestive fire and formation of extra mucus, which increases the Kapha Dosha. Apart from that, toxins are formed from the rotting food remainders. The blood carries these toxins around the whole body and they cause different diseases including lung infections.

Because of these toxins, an essential part of the treatment of the abnormal breathing condition, as well as of all other diseases, is to normalize the digestive fire. Thus, the normal natural rhythm of absorption of the healthy substances and elimination of the unnecessary ones is restored. 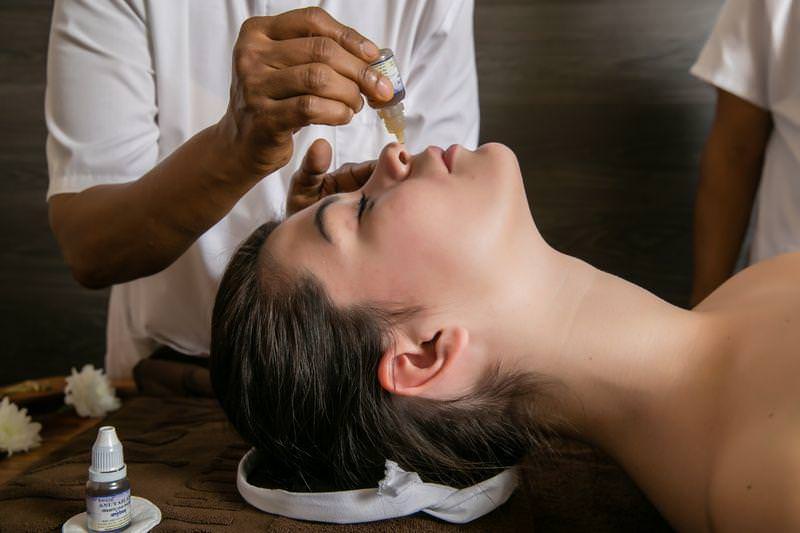 How is the treatment done?

Out of the urgent conditions, the main target of the treatment is to restore the original energy balance, set by nature. That way the organs will resume their normal function and the causes for the disease will be eliminated.

One of the ways to balance the Doshas, as it was mentioned, is the diet. The healing food regime should be administered by an Ayurveda doctor after diagnostics of the energy imbalances. As every food affects each Dosha differently, the optimal combination for the specific case should be defined, in order to achieve the respective increase or decrease in each of the energies.

In general outline, for balancing of Vata, the food consumed should be warm, the consumption of beans should be limited, and raw food should be avoided.

For Pitta, cooler food is more appropriate to have, and the heavy and fatty food is unhealthy. For Kapha, dry and light food is recommended; the dairy products and the milk itself should be avoided.

The diet regime includes both the time and the way we have meals. After the cure, the diet should be fully complied with the requirements of the individual type of body, in order to prevent the recurrence of any imbalance. The Ayurveda treatment also includes detoxifying procedures, herbal oil therapies, breathing exercises and different other yoga practices.

The breathing exercises are very beneficial for the control of the breathing, but should be done in proper postures under the guidance of a specialist. The same is valid for cleansing of the stomach and the lungs.

For example, from the herbs, a wide application has the white oman. It relaxes the trachea muscles, contains substances, which relax the bronchi and have an expectorant effect.

There are herbal combinations as well – equal parts of white and black oman, licorice, cinnamon, a piece of ginger and for the different Doshas, other herbs can be added.

← Treatment of asthma with Ayurveda Jaundice →