Jaundice – a signal for the liver

Jaundiceis a sign of a disease that causes the accumulation of bile pigments in the blood. As it is only a sign of a disease, jaundice can often be a signal for the development of a more serious disease. Initially, it is characterized by yellowing of the eyes (sclera), then nails and mouth, and in the last stage, yellowing of the skin is observed. These changes occur due to the accumulation of bilirubin (bile pigment) in blood. The color of the urine also changes depending on the type of jaundice.

Jaundice is divided into several types according to the reasons for its occurrence. Cholestatic occurs in disorders of the normal flow of bile to the duodenum, and when the normal number of erythrocytes is destroyed, the liver processes the normally released bilirubin. Hepatic jaundice is observed with liver damage.

Then, when normal erythrocytes are destroyed, the diseased liver fails to metabolize normal levels of released bilirubin. With hemolytic jaundice, the liver functions normally but cannot process high levels of released bilirubin due to the rapid destruction of a large number of erythrocytes, with bilirubin being spread throughout the body. These three types of jaundice have one thing in common, which is an increase in the level of bile pigments in body fluids and blood, which causes discoloration of almost all organs in the body.

Jaundice can occur due to:

The name "jaundice" comes from the characteristic coloration that occurs in this condition: yellow eyes, tongue, skin, nails, stools lighten. Jaundice itself is not a separate disease, but a symptom of impaired function of the liver and bile roads. These disorders can be different and for different reasons – infection of bacteria or viruses introduced into the body, caused inflammation, blocked ducts.

A major role here is played by malnutrition – excessive consumption of foods that boost  Pita's energy. Through the fire Agni, which is 13 species, this Dosha manages metabolism, transformation of substances to separate the useful from the unnecessary and the harmful; need to be absorbed and the rest to be thrown out of the body.

When this transformation mechanism is disrupted, toxins begin to accumulate in the body. The yellow coloring itself, for example, comes from the accumulation of pigment that, when processed by the liver and bile secretions, should be released to the colon for release. Thus, its accumulation is a signal that the liver and biliary tract are not working well. This may be accompanied by with vomiting or nausea, loss of appetite, fever, weakness, weight or pain around the abdomen and below the ribs.

It goes without saying that over-loading the body with fatty foods, sugars, and alcohol impedes liver transformation and is detrimental to it. It should also be noted that for the Ayurveda the liver'swell-balanced emotions and thoughtssuch as resentment, anger, disappointment, frequent self-blame, even on petty occasions, have a detrimental effect on the liver.

Feeling depressedalso has a negative effect. This is because, for Ayurveda, a person's physical beginning is inextricably linked to emotions and consciousness, and they interact with one another. 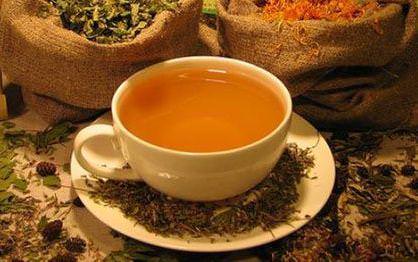 For the treatment of jaundice it is first necessary to determine what caused it. It may be a direct disease of cells and effluent pathways of bile secretions in the liver itself; may be damage to non-hepatic pathways; it could be toxins, drugs, or liver cirrhosis. All these physiological changes direct the Ayurvedic physician to certain energy imbalances.

Accurate diagnosis will determine what types of foods, spices and herbs to use, as well as oils at a later stage, when the liver is sufficiently improved. The main focus is to balance Pita, but also possible deviations in other Doshi. By restoring energy balance, the basis of disease is eliminated as the body's systems begin to function properly.

An essential part of treatment is the purification of toxins. Nutrition is also very helpful, but there are specially targeted therapies for potent internal detox using the Panchakarma method. In the liver and bile problems that cause jaundice, laxative herbs are used, which purify Asks for liver toxins and gallbladder.

In certain cases, a special blood purification procedure may be used. This is because one of the functions of the liver is precisely to "filter" and purify the blood, and if this function is severely impaired, medical intervention is required. It can be used as part of the Panchakarma complex procedures, but is rarely used and only on the prescription of an Ayurvedic doctor.