They are three; they are called Doshas and each one carries out a certain part of the processes in the body for its existence and development. The Kapha-Dosha role in these processes is related to the fluids; movements are carried out through Vata; the transformation processes – through Pitta. These three vital energies are set by nature in a certain ratio, in every person. Each deviation from that ratio leads to disturbance in the biological processes, psyche and mind; the body cannot cope with the various viral, bacterial or other attacks.

As the Doshas are interrelated in the equilibrium, the imbalance occurred in one of them, provokes changes in the others as well. Thus, at the root of the cough can be an imbalance of any of the three Doshas, and the reasons usually are complex Dosha disorders. 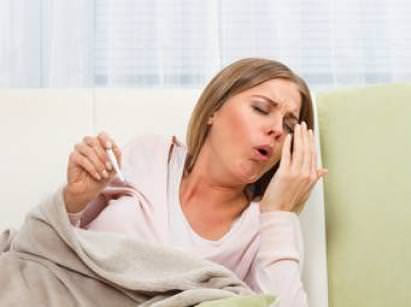 Types of cough according to the Dosha’s deviations

The cough is determined as acute, when it has arisen due to a disease and when its duration is up to 3 weeks. If it is due to complications and has continued more than this period, it is considered that it has turned into a chronic one.

Practically however, Ayurveda does not allow continuality of the diseases. It gives successful treatment to all kinds of diseases and cures them completely by restoring the energy balance and the normal functions in the body.

Most often the cough is related to an increased Kapha Dosha, which has caused an imbalance. Its increase leads to an accumulation of mucus and expectorations in the bronchi; the release of secretions is impeded; there is breath insufficiency. Kapha is concentrated mainly in the stomach and the respiratory system, and in indigestion, it increases and passes into the lungs, where it causes accumulation of mucus. In this case, this relates it directly to Pitta – it is responsible for the digestion as a part of the transformations.

With poor digestion and absorption of the substances, toxin accumulation starts in the lungs and the bronchi, as well as all over the body. They are detrimental to the cells and organs; they block the energy channels. These channels in places can ‘be burnt’ by the increased fiery Pitta, which also leads to formation of blockages.

Here, it should be noted that both Kapha and Pitta are dependent on Vata, because the energy flows are carried out through it, and Vata is the most susceptible to changes and most often it is at the root of the imbalance and diseases.

Cough, according to the Dosha deviations, has specific characteristics. If it is Vata type, for example, it is dry, the attacks are frequent, usually there is a chest pain which feels as if there is a problem in the area of the heart. Very often, there is headache as well.

With the Pitta cough, the expectorations are yellow; they may have blood admixtures, there might be burning sensation in the throat or chest. The Kapha cough causes abundant expectorations, which are transparent or white, the attacks are not frequent, there is intense salivation in the mouth; sweet taste remains. 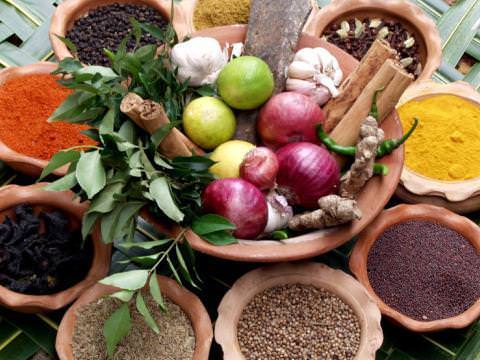 Diet and Herbs for Treatment of Cough

In the treatment of cough, it is important to have Dosha-balancing diet. To reduce the imbalanced Vata, recommendable is moist food, for balancing of its dryness.

While its coldness is balanced with warm, cooked food, and the lightness – with heavy and fatty food. The fiery Pitta is balanced with cold, non-pungent food. To reduce the damp, heavy and cold Kapha Dosha, warm, dry and light food is necessary, as well as pungent one, as these are warming.

Herbs also take a main part of the treatment, many of them being used also like spices. They are numerous: some of them have expectorant effect, others improve the digestion, so that toxins are not accumulated in the body; and third ones have anti-inflammatory effect; there are also herbs with multi-functional effect. They are usually used in combinations.

From the Pitta-balancing herbs, the most popular ones are Triphala, neem, and aloe vera; for Vata – ajwain, asafetida and ginger are used, while Kapha-balancing ones are cinnamon, black pepper, and mustard seeds.

← Jaundice Who is acclaimed as a God of the Medicine by those practicing Ayurveda? →