AyurvedaSofia / Blog / Who is acclaimed as a God of the Medicine by those practicing Ayurveda?

Who is acclaimed as a God of the Medicine by those practicing Ayurveda?

Ayurveda is the most ancient medicine in the world, the beginning of which was laid more than 5000 years ago on the territory of India.

The origin of this unique medicine (and life philosophy) according to the legends, starts with the ancient sages, who received the gift of Ayurveda from their Hindu Gods about 5000 years ago.

As the creator of Ayurveda is considered the Hindu God Brahma (the Creator), who passed on his knowledge to his son Daksha Prajapati (Guardian of the Life). He, on his side, passed the knowledge on to two Gods – the twins Ashwin, who subsequently became doctors.

The twins passed on their knowledge of Ayurveda to God Indra, who had three disciples. To the smartest and the wisest one of his disciples, Indra delivered his knowledge and that disciple was blessed by the Gods to possess the power to remove the people’s sufferings. That disciple was God Danwanthari, who, the ones practising Ayurveda today, honour as the God of the Ayurveda medicine.

Danwantari was the first mortal one, who applied in practice the received-from-the-Gods knowledge about Ayurveda and treated the people, who needed his help. Ascribed to him are the herbal treatments, surgical operations, the use of salt as a preservative, and lots of other curative methods, which have been applied by the Ayurveda doctors until today as well.

The legend about how Danwantari started applying his knowledge in practice is very interesting and it started with…the stirring of the Milk Ocean.

Long before mankind appears on the Earth, it was populated by Gods (virgins) and demons (asuri). The supreme God endowed the Gods with immortality and they reigned carelessly above the world because they had the power to subordinate the demons.

Time passed, people appeared and together with Gods and demons continued their peaceful co-existence. Unfortunately, God Indra made a mistake, by treating arrogantly and disparagingly a monk – eremite, who cursed all Gods, taking away their immortality. Hard times came for the people, as well as for the Gods, who did not have the power anymore to cope with the demons and to protect the people when it was necessary.

To regain their immortality, the Gods decided to stir the Great Milk Ocean and to take out the only thing, which could return them their immortality. – Almita Kalasha (the pot with the divine nectar).

Since they could not cope themselves, the virgins came to an agreement with the demons to form an alliance together and share the gifts of the Milk Ocean.

In order to stir the Milk Ocean, in it, the partners threw all kind of herbs, the mountain Mandara they used like a flogging rod, and the snake Vasuki, they used as a rope.

They worked long and hard and, in the end, one after another started to come out the gifts. First on the surface appeared deadly poison, but God Shiva swallowed it up. After the poison started to appear the Kamadenu (the cow which fulfills wishes), Uchaishiravas (the white horse), Airavata (the white elephant), Kalpavriksham (the tree which fulfils wishes), Kaustabamani (the largest and perfect diamond in the world), Lakimi (the goddess of happiness) and finally from the waters of the ocean Danwantari appeared. He was a young, handsome, and in each of his four hands, he was carrying gifts – herbs, leeches, shells and the most valuable one – the pot with the God's nectar. And, since he was the first, who took the priceless knowledge out of the Ocean, from that day onwards, he was revered as the God of medicine Аюрведа.

Danwantari not only brought to the Earth his knowledge about Ayurveda, but he started to treat and train his disciples. His disciples after some time found their own students, and thus, the Ayurvedic knowledge was transferred orally from teacher to disciple until an Indian society, called Rishi devoted themselves to that, to understand the truth about the Universe, and to collect the knowledge of Ayurveda in sacred books, called Vedas.

What are the Vedas?

This is the oldest form of literature in the world. The sacred books were written in Sanskrit and contained knowledge, for which it is alleged to have been transferred by the Gods to the sages.

There are four Vedic books – Rig Veda, Yadzhur Veda, Sama Veda, and Atharva Veda, which contains lots of texts about medicine, including descriptions of the human anatomy, explanations about diseases and their treatment. 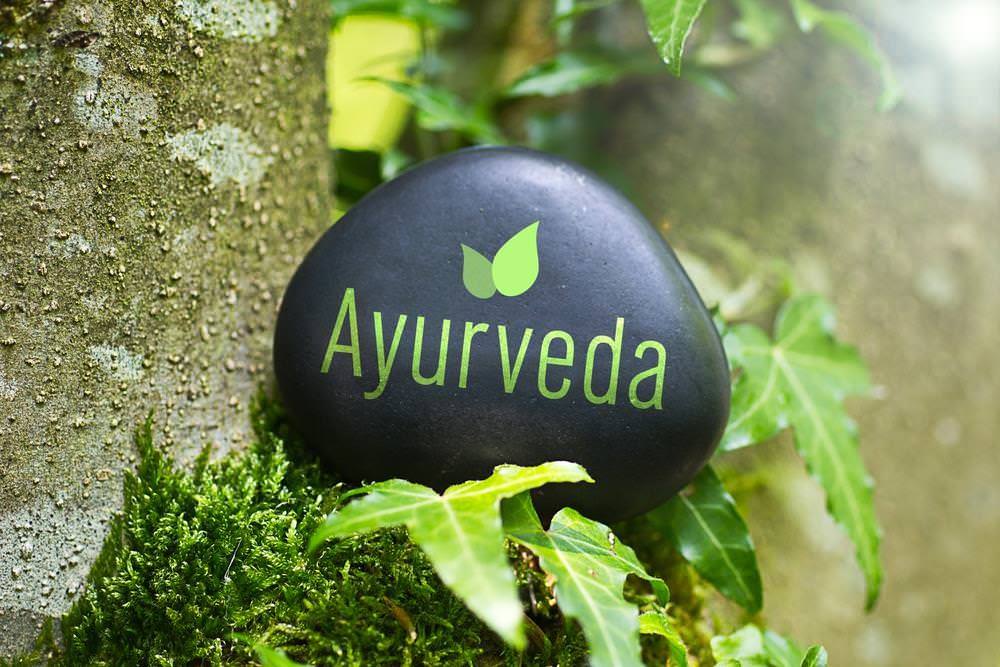 As a separate science, Ayurveda became independent after the Vedic period, when the classic Ayurvedic texts Chakara Samita, Sushruta Samhita and Ashtanga Hridayam Sangraha were developed.

It is believed that the Chakara Samita is the first of the three sacred texts. In Chakara Samita, theoretical issues about the internal fire, digestion, and treatment of internal diseases were covered.

In the texts, it is talked about the behaviour of the sick, about the diagnosis and prevention of the diseases about the therapeutic and non-surgical methods of treatment.

Sushruta Samhita is one of the two texts, in which, the concept and practice of the medical tradition Ayurveda were explained and the foundations of the surgery were laid. Modern researchers consider that the Sushruta Samhita was created approximately in the middle of the first millennium B.C. from Acharya Sushrita, who was a disciple of Danwantari – the God of the Ayurveda medicine. Because of his contribution to the surgery Sushtrita, he was recognized as the Father of the surgery.

In Sushrita Samhita, above 1120 diseases were described, a large number of medicines for their treatment, different methods of treatment, including surgical ones. In detail were described the anatomy, the Ayurvedic diets, and nutrition, toxicology, pediatrics, surgery, gynecology, the phytotherapy, and others.

Ashtanga Hridayam Sangraha is a treatise, written by Vagbatha, in which the ancient author explained the basic concepts of Ayurveda. In the treatise the focus is on the Kayachikitsa – a branch in Ayurveda, specialized in the internal medicine and especially in the treatment of the Doshas.

The word "Ayurveda" consists of two Sanskrit terms "Ayur", which means "life" and "Veda", which in translation means "science" or "knowledge".

Ayurveda has investigated the natural methods for improvement of the well-being of the body and mind for thousands of years and continues to do it today as well, by developing and improving itself actively.

The basic principle of Ayurveda states that the mind and the body are closely related and the mind has the power to combat the diseases and to heal and transform the whole human being.

The practising Ayurveda doctors believe that the manifestation of the disease is not the same in everybody, and the disease varies depending on how the body reacts to the symptoms.

Therefore, in Ayurvedic medicine, very special attention is paid to the Doshas. 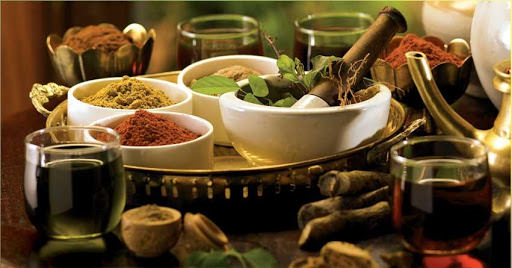 According to the philosophy of Ayurveda, "doshas" are three energies which circulate in the body of every man from his conception to his death. These energies (potentials) are called Vata, Pitta, and Kapha, and they control the human’s physiological functions.

Ayurveda considers that Vata dosha controls the nervous system, Pitta controls the digestive system and other biochemical processes, and Kapha controls the balance of the tissue fluids in the body, the cell growth and the muscle tone of the body.

The Doshas may affect the body not only at a physical level but also, the person’s temperament and personality. This concept is called prakruti and according to it, man has of all the three types of energies (Vata, Pitta, and Kapha), which change depending on the thoughts, actions, food, even on the seasonal changes.

There are three conditions in which the Dosha can manifest. The ideal state is when all the three doshas are balanced. The other, not so good condition is the one, in which one of the Dosha dominates over the others, and the third condition occurs when a Dosha is reduced and almost disappeared.

When a similar thing happens, the balance of the Doshas in the human body is disturbed, and this condition is called vikruti.

Vikruti can manifest in many forms – such as a physical, mental or emotional disease.

To prevent the vikruti condition, the Ayurvedic medicine aims at maintaining the balance of the Doshas.

Researchers do not give an accurate information on whether the branches of the holistic medicine are a deed of the God of the medicine Ayurveda Danwantari, but one is sure and it is, that they are eight different branches, which cover all the areas of health:

The diagnosis in Ayurveda is carried out in two steps. The first step identifies the condition and the type of the pathology. This may include examinations, talk with the patient, pulse diagnosis, additional investigations, and others. The second step determines the treatment, which must be assigned and carried out.

Last but not least Draviya (the food/medicine) must be accessible and appropriate for the relevant disease. In addition, the herbs from which the medicine is prepared must be prepared in a way which retains all healing and therapeutic characteristics.

There are five main types of treatment in Аюрведа and all they are based on the five major senses –vision, touch, smell, sound, and taste. All five methods aim to bring balance in the patient’s Doshas.

The Ayurveda practising ones believe that the colours that а person perceives may affect the mood and the balance of his Dosha. The balancing of the Dosha is carried out by the means of colour or chrome-therapy.

It is also believed that the vibrations which are created through music can create harmony, which balances the doshas. The treatment through sound is most often carried out by mantras, chants, compilations of different sounds.

Taking advantage of the taste sensations, the Ayurveda doctors may prescribe a diet or a combination of healing plants in order to balance the doshas. In Ayurveda there are six primary tastes: sweet, sour, salty, bitter, pungent and astringent, and every taste has a specific function like calming, increasing of the absorption, stimulation of the digestion and others.

Treatment by smell is practised by inhalation of different flavours and different essential oils and plants. Aromatherapy applies to calm the nerves and for balancing of the doshas.

In addition to these main types of treatment methods, Panchakarma is also added to the list, which is an extremely useful cleansing Ayurveda therapy.

It is appropriate to finish with a few more words about the God of the medicine Ayurveda, Danwantari, as thanks to the knowledge that He brought to the Earth and passed on to his disciples, today we can take advantage of the unique methods of treatment and prevention of diseases of the Ayurvedic medicine.

Danwantari is respected in the whole of India where there are several temples, dedicated to the God of the medicine. In addition to the temples which day and night are full of people looking for a cure, Danwantari has a special holiday, which is held two days before the holiday of the light Deepavali.

On this day, in India, people celebrate the birth of Danwantari and in order to honor the God of the medicine, on the squares and in the houses, people light candles – which they put on the ground.

When next time you visit your Ayurvedic doctor, look around his cabinet, there, for sure, you will see at least one statue of Danwantari. Usually, the God of the Ayurveda medicine is presented as a young, dark-and-curly-haired man who is dressed in a gorgeous golden attire.

As it is believed, Danwantari is one of the reincarnations of God Vishnu; it has four hands, in which he holds herbs, leeches, shells, or the sacred texts of Ayurveda, and the pot of the immortality.

← Cough – Acute and Chronic Can we heal diabetes with the help of Ayurveda? →