Treatment of asthma with Ayurveda

Internal and external causes of asthma

Over the thousands of years of its development as a theory and practice, Ayurveda has studied in details the asthma as a disease – causes, symptoms, development. It has found a variety of environmentally friendly ways and means both for the complete healing of this disease and for its prophylaxis.

Herbs, diet, cleansing of the body from toxins, yoga practices should be applied for this condition.

Asthma is an inflammation of the lungs where fluid enters the bronchi and this prevents breathing, which is usually accompanied by wheezing and coughing.

If the attacks are strong this may lead to suffocation. The duration of the attacks is different – from minutes to hours. The frequency of the attacks may be several times a day. Some of the early symptoms that are not directly characteristic for the Asthma are headache, stomach swelling, weight in the chest, anorexia.

Asthma may be associated with imblances of all three Doshas – the vital energies of the body. Vata, which is responsible for inhalation and exhalation, is the most susceptible to getting out of balance.

As a Dosha of the movements, the other two Doshas –  Pitta and Kapha depend on Vata, because their flows are free to move thanks to this dosha. If Vata causes increase in Kapha, this leads to entrance of mucus in the lungs and impaired breathing.

Along with this, however, the energy balance most often gets disturbed due to the layer of toxins Ama, formed in the body. It clogs like glue the channels through which the three energies flow. This causes changes in them, including in Vata which provokes the other two. And the toxins are caused by poor digestion, respectively by weak digestive fire, which is related to Pitta – the Dosha of transformations. So the causes of Asthma are most often combined – imbalances in all three energies.

Asthma may also be caused by some external factors. They are related to various allergies – to s specific type of food, dust, staminal pollen, animal fur or emotional stress and physical burden. 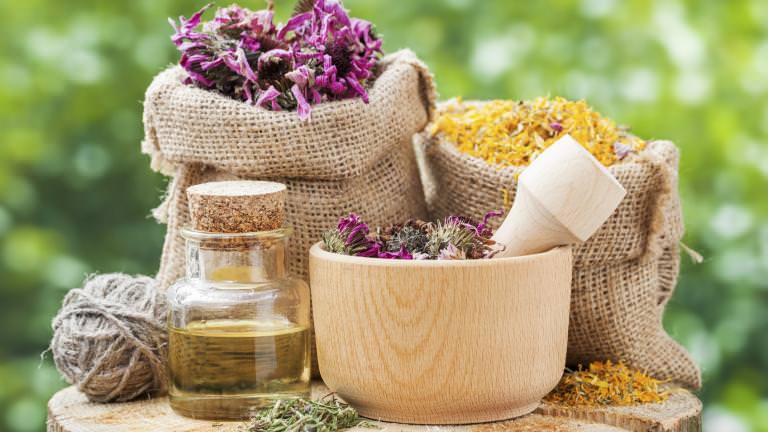 Asthma is a diseases that impacts our life to the extent that the quality of life gets worse, and its attacks are life-threatening. Therefore, the treatment – healing remedies for crisis and the permanent therapy, diet, yoga, have to be consulted with a specialist.

Moreover, the measures may be countless depending on the specific energy deviations in the three Doshas – oils, herbs, teas, potions. This is because the complex energy deviations cause different diseases and the Ayurveda specialist have to consider the combinations of medicines – whether the beneficial for asthma won’t be contraindicated for another existing disease.

As asthma may be triggered by various allergies, allergens should be avoided – the premises and items have to be clean, without dust, animal fur, chemicals and so on.

If the allergy is a food allergy – the person is hypersensitive to specific substances in the products, and the attacks may occur immediately after the consumption or maybe a few hours later. So this can easily confuse someone who is not a specialist with regard to the causes.

After the Ayurveda diagnostics, the doctor will prescribe a diet, which will be consistent both with the imbalances and with the foods that are good for the specific Dosha of the patient. The aim of the treatment is to restore the natural balance of the Doshas, to return the body to its normal functions where there is no room for diseases. Of course, Ayurveda has its ways also for emergency overcoming of the attacks.

In general, the properties of the mustard are widely used because it has beneficial effect on the respiratory system. It has warming effect and, for example it is good for chest massages with brown mustard oil. A teaspoon of this oil can also be mixed with unrefined sugar, as this should be consumed two-three times during the day on an empty stomach.

Another option is to use mustard seed in a warm drink. The grinded mustard and black pepper should be boiled for ten minutes, as the mixture for a glass of water amounts to half a teaspoon. Add one-two teaspoons of honey, then consume this broth several times a day.

← Treatment of edema with the help of Ayurveda Abnormal breathing →