From physics classes we have learned that each of the colors of the rainbow has a specific wavelength. Why is this so? Sometimes we go into so much detail that we forget to get to the bottom of things. Namely, that the colors, these are refracted at a certain angle rays of light.

Light, with its dual particle-wave nature, is a transmitter of information, and especially naturally emitted light has miraculous properties.

In the East, in India, for example, this understanding has been known for millennia and is deeply embedded in the knowledge of human health. In the science of Ayurveda, therapies have been developed based on the theory of colors – they are called varna. It has been defined in ancient beliefs that when color therapy is properly applied by directing a certain range of the light spectrum, it can give quite good results.

Is there a risk of side effects?

Although these methods give almost no side effects, it is still good to consult a specialist when we are just starting to deal with color therapy. This theory in Ayurveda is applied in connection with the concept of the energy constitution, determined by the dominance of one or more doshas in us in a unique individual combination.

These three doshas are pita, coffee and vata. Each of these energies incorporates a different combination and proportion of the natural elements that make up all of nature around us, as well as ourselves. That is why we are so different, and at the same time common ground can be found. Before starting therapy, your doctor will examine you and ask you some questions to establish your constitution.

The main colors according to Ayurveda and their properties

The colors of the doshas 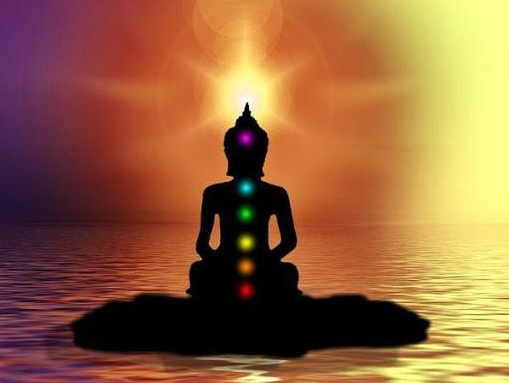 This color is associated with kafa dosha, which is made up of earth (soil) and water. Kafa dosha is heavy and solid, slow and moist.

This is the color of vata dosha, especially light blue. Vata energy is ether and air, it is the lightest of all doshas. 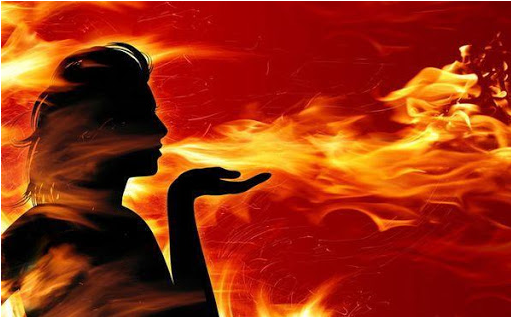 The colors and the chakras

According to Ayurveda, our chakras are seven and correspond to certain centers of our body. Each of them is associated with a certain color that corresponds to its properties and functions.

Red is the first chakra, the so-called Root. It is located at the bottom of the body (honey perineum). Spiritually, this is the color of trust.

Orange is the color of the second chakra, the so-called sacred of our physical and energetic body. This is the center of creativity and sexuality in our country.

Corresponds to the third chakra, which is located at the solar plexus. Here, according to Ayurveda, is the source of our wisdom and strength.

Corresponds to the fourth chakra – the heart. In Ayurveda, it is responsible for love and healing.

The pale blue color is associated with the throat chakra of communication.

The so-called chakra of the third eye, the chakra of knowledge and consciousness, is represented in blue.

The color corresponds to the seventh chakra. This is our crown, which is located exactly in the area of ​​the scalp or literally on the edge of the head. This is the color of spirituality. It is also our connection to the universe.

How the colors of the different doshas work

Pita dosha is basically fiery energy. She needs cool colors to keep her in balance, these can be, for example, blue, light blue. Avoid aggressive colors such as red.

For the therapy of irritated vata doshacolors such as brown, black, gray should be avoided. Apply soft, pastel, pale shades of the respective colors, such as red, orange. Too bright or cold colors can bring it even more out of balance. White has a good effect on people with a predominant vata dosha constitution. The accumulated surplus of vata dosha is well influenced by the yellow color.

For coffee dosha, we should also avoid depressing colorssuch as gray and black, as well as pale colors such as blue and white. At the same time, we need to choose stimulating colors for the coffee dosha that will inspire it with freshness and energy. Purple-red, gold, yellow – the brighter, the better.

Each person represents a unique balance of energies and elements in itself. In the same way, the colors responsible for us are different, and their degree of saturation always varies.

Influence of colors on various symptoms

Green is the color of balance. Its effect is especially beneficial in people with heart problems. It is also recommended as an interior solution for weight loss centers or clinics.

Yellow, for example, is used to improve digestion, as well as in cleansing therapies. Diseases such as arthritis and rheumatism work well with yellow therapy. This color also has a motivating effect. It is great for gyms.

Orangeis another bright color that vitalizes. It is associated with the small intestine,kidneys, reproductive organs.

In case of anemia, paralysis, etc., it is recommended that patients be stimulated with red color. It raises the temperature and stimulates blood circulation.

The opposite effect has the blue color. Due to its soothing properties and cooling effect, it is extremely suitable for both fever and psoriasis, various inflammations, as well as anti-stress. Blue also improves immune status. Pale shades of this color can be used for bedrooms as they help for healthy sleep and soothing. 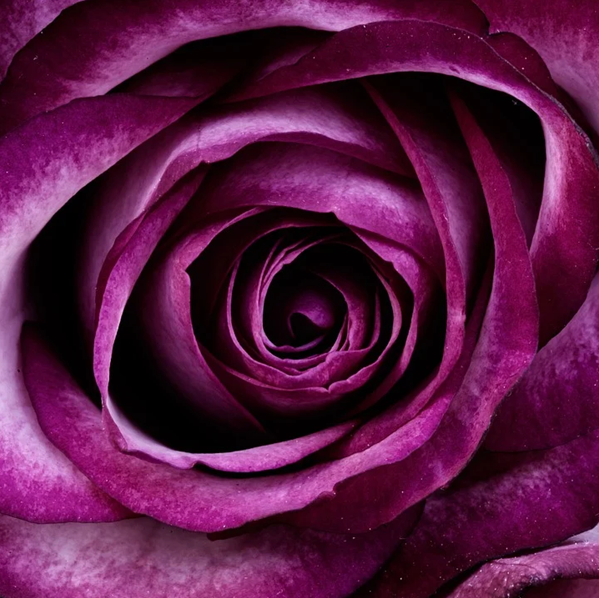 Violet is the color representing the organs in the facial area– nose, eyes, ears, mouth. Like blue and purple, it calms the nervous system. As a result, it can have a relaxing effect on our consciousness as well as on our joints and nerve connections. The perfect color for a gym, especially in combination with some energizing bright color, for example yellow.

Ayurveda and colors for the nursery

Children's rooms should be in fresh, pale colors such as blue, green, pink.

Color therapycan be used as an adjunct treatment for attention deficit in children.

How does color therapy work?

Where is the key to the powerful properties of colors? Is their effectiveness due to mystical power, or is there a scientific explanation for this?

Today, modern Western medicine is beginning to recognize the many benefits of so-called chromotherapy (color therapy). A number of studies have been conducted, as a result of which a large number of hospitals in developed countries choose to start painting their walls less and less often in white and more and more often in colors such as pastel green, blue and even yellow. They do this. , after noticing positive results in many patients who were treated with flowers.

Modern science has proven that through this type of treatment, for example, we stimulate the hypothalamus. This is the main center of the endocrine system, which is responsible for the regulation of the pituitary gland. And it is extremely important because in its front part the hormones thyrotropin, gonadotropins, corticotropin, prolactin and somatotropin are produced. They in turn control the other glands in the endocrine system.

Can we practice chromotherapy at home?

Generally speaking, yes, but chromotherapy is a complex science that deals with many variables. It is difficult to conduct at home, at least in the beginning, at least because it would mean that we would have to make a very sharp complete change in the home interior.

Our advice is to first try to make a therapeutic corner at home, after determining what are the therapeutic colors for you in accordance with your energy structure and the possible presence of concomitant diseases.

Color therapy is often applied as part of a complex healing approach in combination with other sensory techniques such as aromatherapy, music therapy and more.

← Gluten and Ayurveda 5 drinks that are allowed according to Ayurveda →