Ayurveda and treatment of diseases of the stomach and gastrointestinal tract

The central way (Madhyama Marga) lies between the internal and external way and affects the muscles, tissues, bone marrow, nerves and reproductive tissues. Diseases of the central way are headaches, heart problems, urinary tract, joints and others. These diseases are the most severe and difficult to treat.

The external way (Bahya Marga) passes through the surface tissues, plasma and blood. Diseases that occur in the external way are diseases of the blood, skin and others. The treatment of these diseases is also difficult because the disease penetrates directly into the tissues.

The internal way of disease spreading (Antar Marga) passes through the digestive system. The characteristic diseases that are spreading this way are problems with the stomach and the gastrointestinal tract.

The treatment of diseases spreading in this way is not complicated, and generally involves a few steps – taking care of the digestive system, improving nutrition, taking herbs and herbal products, and cleansing the body from the accumulated toxins.

The treatment of these diseases may not be the most difficult and complicated treatment, but the biggest percentage of people in the world suffer from problems of the digestive system.

Ayurveda and the digestive system

Ayurveda teaches us that proper functioning of the digestive system is the most important factor for our health and well-being. Good digestion ensures that all the nutrients we eat through the diet are assimilated properly by our body.

In other words, we are what we eat!

The reason for the emergence of diseases of the digestive system lies within ourselves and our actions. When we eat foods that are not suited for us, we get poor quality nutrients and this damages the stomach and the gastrointestinal tract.

Symptoms of indigestion include gas formation, constipation, diarrhea, vomiting, abdominal swelling, and others to which Western medicine has given names such as irritable bowel syndrome, ulcers, colitis, gastritis, pancreatitis, and so on.

How does Ayurveda treat stomach diseases? 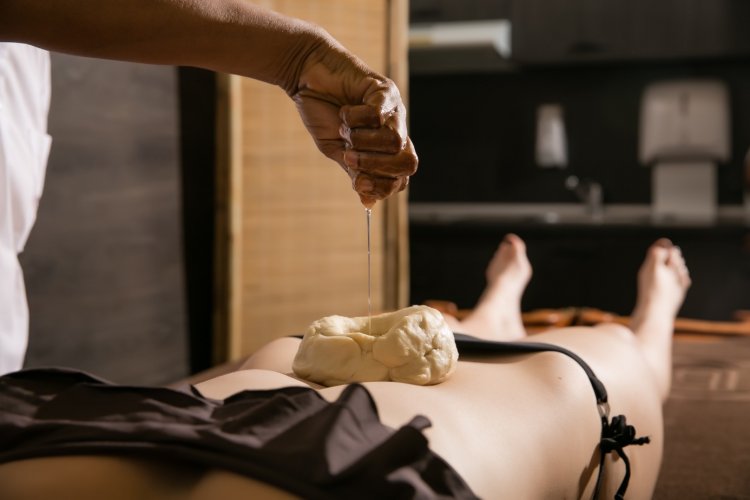 Constitutional treatment involves building habits that improve nutrition such as:

*Eating in a quiet, relaxed and balanced environment.

*Eating quietly and without distraction factors such as reading, watching TV or in-depth conversations.

*Chewing slowly and well the food.

*Not drinking large amounts of water during meals.

Appropriate treatment of stomach diseases involves the use of herbs that have constitutive effects based on their taste (Rasa), Energy (Virya) and Post Digestive Effect (Vipaka) as well as specific effects based on the medical aspect of the herb itself (Prabhava).

By understanding the nature of the herb, the clinical Ayurvedic specialist is able to combine herbal therapy with the patient's constitution and the vikritis (imbalance).

In addition to the use of herbs, in some of the gastrointestinal diseases, Vedic doctors recommend purifying the body through therapies such as Purvakarma and Panchakarma.

Ulcers are commonly referred to as all kinds of inflammation of the mucous membrane of the stomach or small intestine, which causes burning, a rather unpleasant pain that can be of varying strength and persistence.

The formation of ulcers in the gastrointestinal tract is mostly due to a disorder of Pitta dosha's balance, so the treatment and prevention of the ulcer disease is aimed at restoring this balance.

In case of ulcer, Ayurveda recommends to keep a strict diet, avoid hot and spicy or sour foods, limit the alcohol, coffee and cigarettes.

The treatment involves the use of herbs that soothe the mucous membrane of the stomach such as:

The Sanskrit name of this herb means "the one who has a hundred husbands". Shatavari is probably the most female herb, as it supports the reproductive system of the woman. But besides these properties, the herb is also very beneficial for the digestive system and for improving memory.

Taken internally, aloe improves nutrition and digestive processes, aids the excreting of toxins accumulated in the gastrointestinal tract, improves liver and kidney function and has an antiparasitic effect.

It soothes and reduces the burning and acids in the stomach, increases the resistance of the stomach mucous membrane, has anti-inflammatory and antibacterial action.

Root of b common comfrey

This herb is very effective in difficultly healing wounds in stomach ulcers and gastritis. It also stimulates cellular growth and acts anti-inflammatory.

In Ayurveda, chronic gastritis is known as Urdvarga Amplapitta. This disease is again due to a deterioration of Pitta Dosha which occurs due to poor eating habits and excessive consumption of alcohol or tobacco.

Deteriorated Pitta damages the digestive fire of the body, causing poor food digestion and production of Ama (toxins). Due to the worsening of Pitta, Ama accumulates in the body causing the condition of gastritis.

Ayurvedic treatment of chronic gastritis involves reducing the bad energies in the body and restoring digestive fire by cooling with herbal preparations and balancing the Pitta diet.

Ginger is one of the most used herbs in Ayurveda which is believed to be an elixir not only for the treatment of stomach and gastrointestinal tract diseases, but to also improve memory.

Nature has blessed ginger with powerful anti-inflammatory agents (gingol and cynarons) that effectively relieve the burden of stomach inflammation. The plant is also used to reduce acidity and improve digestion.

Regular consumption of dill calms the stomach, facilitates digestion and reduces acidity in the stomach.

Often referred to as spastic colitis, the irritable bowel syndrome is a disorder of the small and large intestine which causes chronic constipation or diarrhea, often associated with various degrees of abdominal pain. This condition occurs most commonly in people with Vata prakruti or vikruti. The severity of the condition is somewhat proportional to the condition of ojas. When the ojas is low, the condition is more severe.

The herbs that alleviate the disease are:

The active ingredients of anise reduce swelling and stimulate intestinal peristalsis, which helps for the faster release of accumulated toxins.

This herb protects the mucous membrane of the digestive system, so it is also highly recommended for the treatment of stomach and gastrointestinal diseases. Also called "yellow gold" turmeric is one of the herbs with highest amount healing properties in Ayurveda which is also very effective in improving memory and fighting dementia.

In this disease, Ayurveda also recommends the use of detoxicating therapies such as Purvakarma and Panchakarma.