Having fever is an indicator that a disease process has been activated in our body and the organism is fighting it. Decreasing the temperature can happen mechanically, regardless of the treatment of the disease – for example, with the help of cold compresses on the forehead and stomach that take away the temperature.

Principle of Ayurveda, however, is the overall approach, so usually the herbs and their combination that are used for quick lowering of temperature, also affect the causes of the disease.

Diseases and inflammations may be caused by microorganisms – candida, bacteria, viruses. But they also may be caused by Ama. It is a mucous, heavy, cold substance, formed by accumulated toxins in the body. They occur due to poor digestion, because the digestive fire is weak or unregulated.

When food is not optimally degraded, this causes a process of rotting of the accumulated food residue in the digestive tract. Thus toxins are released that pass into the blood together with the useful substances, and blood transfers them to different parts of the body. Their accumulation over the years forms the Ama, which just like glue clogs and blocks various fine channels through which the three biological energies move.

The organism goes into a crisis where the temperature rises and the body is trying to get rid of the blocking toxins. Inflammations occur where the blockages are located, and the blocked flows of the Doshas disturb the functions of the organism for which the Doshas are responsible.

Main reason for the formation of Ama is the digestive fire, so to balance it, respectively, to balance the Pitta energy that is responsible for it, is an essential part of the treatment.

The fire Agni itself, however, can be suppressed also due to deviations in the other two doshas. Kapha, for example, can accumulate mucus in the stomach, which can pass into the small intestine and block the digestive abilities. Vata may affect the digestive processes in the small intestine. So the diagnostics should provide an accurate picture in order treatment to be prescribed. 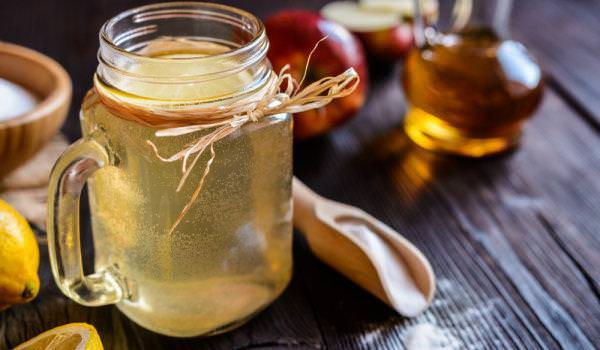 Ayurveda has a variety of treatment methods for diseases accompanied with high fever. First of all, it has to be determined whether the condition is caused by Ama or by other causative agents.

There are numerous herbs and spices that have anti-inflammatory and antibiotic effect against bacteria and viruses. Antimicrobial effect, for example, has the ginger, the sacred basil, turmeric and many others. Apart from the effect of vidanga on bacterial infections, it is also used even against parasites – worms and tapeworms.

Whether the disease is caused by Ama can be judged on the tongue – then it has a thick plaque. Of course, there are other symptoms – weakened body strength, lack of appetite, loss of feeling of taste, bad breath, bad smell of the body and urine, easy tiredness and so on.

When the cause of the disease is Ama, then herbs are required for improvement of digestion. Especially effective is the combination of ginger, black pepper and long black pepper, called Trikatu. Beside the effect on digestion, it brings other benefits, one of which is the heating effect, and the sweating lowers the temperature. This should be combined with light vegetarian food, the oily foods have to be avoided.

Also very important are the tastes, the characteristics of which are associated with the combination of the properties of the five elements in the Universe. The sour and salty tastes are not recommended, because they include in their characteristics moisture and heat that can increase the temperature and fever. Sweet taste has the same effect.

Reducing Ama and the temperature is possible with the help of herbs with hot or bitter taste. Apart from the other effects, they boost the metabolism. The effect of the astringency is mixed. Its binding element may help to keep Ama in the tissues. However, it can be used for healing of membranes that are damaged due to infections caused by Ama. So the astringent, in the right combination and consistency with the bitter and hot, may be good for the treatment of diseases with fever and high temperature.