AyurvedaSofia / Blog / How can Ayurveda affect the symptoms of chickenpox?

How can Ayurveda affect the symptoms of chickenpox?

Chickenpox, also called  hazelnut, is an acute infectious disease . It mainly affects young children in preschool age. The causative agent of the disease is the zoster virus, which is highly contagious because it infects  nearly 90 percent of contact persons  if they do not have developed immunity.

It was found that  the disease is more common during the cold months,  ie. in winter and early spring.

It is traditionally  characterized by skin rash, which appears a day or two after infection, and the incubation period itself lasts up to three weeks.  Chickenpox is transmitted by airborne droplets  It is transmitted by direct contact through infected secretions from the patient.

The disease  most often affects young children up to the age of 10.  Due to its strong contagion, it circulates mainly in children's groups such as kindergartens and primary school classes. When detected in time, chickenpox in the youngest patients lasts up to a month and  does not leave permanent damage .

Once  immunity is built for life . However, it is possible that the disease will recur, as cases have been described in medical practice.

Although less common, the disease  can affect adults, in whom it is more severe.  The disease should not be underestimated in these situations, as serious consequences and even fatal outcome are possible. Adult patients are  given additional medication  with antibiotics that will not kill the virus in their body.

The purpose of the drugs is primarily to  protect the patient from additional consequences.  Old people can become infected with chickenpox if they have not been ill as children and do not have developed immunity. It is possible, though rare,  re-infection  – once in childhood and then later in life.

The course of the disease and its characteristics are almost  identical in all patients,  with very few exceptions. The most specific for chickenpox is the rash, which  appears all over the body and mucous membranes.

Initially covers the abdomen,  gradually shave the limbs, face.  The appearance of pimples is accompanied by severe itching. The bubbles are highly  contagious when burst.

It is recommended not to scratch, as they can become inflamed and secondary infection can occur.  Good hygiene and proper treatment of pimples  is extremely important in the process of recovery. In parallel with skin problems, patients with chickenpox maintain a high temperature for several days –  up to 38-39 degrees. 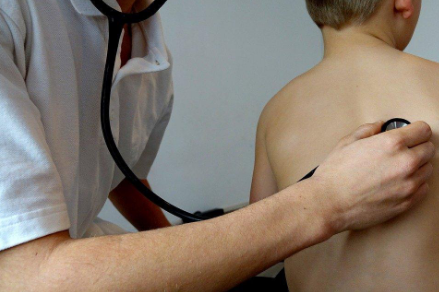 Chickenpox is a  disease that is not difficult to diagnose.  Especially in young children, the clinical picture is clear, and the presence of other patients in a pediatric group is a necessary indication.

However, self-medication is excluded.  The condition should be consulted with a personal physician or infectious disease specialist. The rash, high fever, initial fatigue and discomfort are the most characteristic and directly  open signs of the presence of the specific disease.

Treatment follows medical recommendations and prescribed therapies. In most cases  patients remain quarantined at home.  In addition to medications to lower the temperature, powders and special ointments for pimples are prescribed during treatment.

Adult patients  may need to take antibiotics  or even be hospitalized. To some extent, this depends on the chronology of the course of the infection, as well as on the individual secondary diseases. The good outcome of treatment depends on  early diagnosis of the disease and adherence to therapy , which is prescribed by a specialist.

Complications of chickenpox are a serious risk , although they occur less frequently. Additional respiratory problems can develop, such as  bronchitis and pneumonia.  The situation is even more complicated when inflammation of the brain occurs.

Sometimes  chickenpox can be fatal,  if the infected person has other serious illnesses. These are mainly people who have  HIV  or a compromised immune system.

Ayurveda and relief of chickenpox symptoms

Chickenpox is primarily a  childhood disease,  despite the rare cases in which it affects older people. It occurs en masse with a rash and several days higher temperature passing on average  up to 21 days.

Along with the classic drug treatment, there are  alternative ways to relieve the general symptoms  of chickenpox. For example, in Indian medicine, therapies are used to completely strengthen the child's immunity and to  tolerate the characteristic increase in body temperature.

Ayurveda uses natural remedies  such as herbs, spices and fruits that have a beneficial effect on the human body. 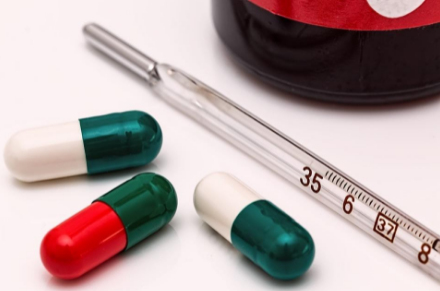 Temperature is a signal that  the human body is struggling with a disease.  Pediatricians often recommend at lower values ​​ above 37 degrees  not to touch immediately to the drugs so that the immune system can activate the body's defenses.

In addition, along with known medications,  drug-free therapies can work well.  The most common are cold compresses on the forehead and limbs, in which the towels can be soaked in a solution of vinegar water. Ayurveda also offers natural ways to relieve headaches, fever and discomfort when fever.

Basil, lemon, ginger, turmeric, black pepper are among the  most affordable remedies with a proven anti-inflammatory, antiviral effect  and help increase tone. The temperature can be lowered with a combination of ginger, black and white pepper, which is called  Trikatu .

The ingredients  work well on the digestive system,  cause sweating and help both expel toxins and lower the temperature. Bitter and spicy tastes have  antiviral effects.

The explanation is that  they help speed up the metabolism  and cleanse the body of harmful substances, which are generally a stop for the immune system. Lemon water is  tonic and useful for fever. 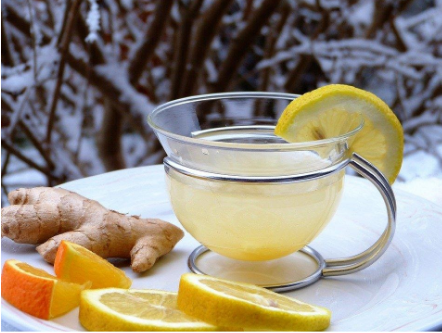 Herbal decoctions are  easily digested by children and are very suitable for viral diseases.  Tea is preferred for healing therapy in Indian medicine. It can be just one or more herbs plus spices.

Trifala  is a remedy in Ayurveda for good childhood immunity. It is a combination of three fruits –  amla, haritaki and bibitaki.  They contain many vitamins and antioxidants that help in the healing process of the body. It can be  taken in capsule form  as an Ayurvedic doctor must determine the dosage.

Diet is also  essential in a disease state . It is not good to eat heavy and fatty foods. During this period it is best to eat more fresh fruits, dairy products, vegetable broths.

The body must be  well hydrated to remove accumulated toxins faster.

After the rash  the skin needs more care . It is good to nourish regularly with coconut oil, to use ointments with calendula, aloe or lavender oil.

← Ayurveda for advanced Natural treatment of some gynecological problems in women →