AyurvedaSofia / Blog / Natural treatment of some gynecological problems in women

Natural treatment of some gynecological problems in women

There is no woman who has not had  gynecological problems.  Regardless of their nature and intensity, they should never be underestimated, because in certain situations untimely diagnosis and treatment can  lead to much more serious care.

For this reason  doctors call for regular preventive examinations and responsible attitude to health status.  The causes of gynecological diseases are different – from viruses, bacteria, fungi, some of which are sexually transmitted, to hereditary diseases, some of which and oncological.

Classical medicine  treats similar problems with different methods and therapies . Gynecological diseases are mainly treated with medication, but in some situations  surgery or subsequent chemotherapy and radiation  are required. As with other diseases, the earlier and more accurately a diagnosis is made, the higher the rate of maximum treatment outcome.

5 gynecological problems that Ayurveda can affect

It is normal for the menstrual cycle to be every  28 days,  as long as the lunar month. Although it is perfectly acceptable for this period to be a few days different. The cycle itself  lasts an average of one week , during which the woman bleeds, as the lining of the uterus is shed these days.

The cycle is disrupted  when the period between menstruations is more than 35 days or less than 25 days . The reasons can be various, but often this sign is a signal of a hormonal or other health problem, which can be harmless or more serious. Stress, fatigue, the use of certain medications, or other illness  can also cause this imbalance.

According to Ayurveda, a disturbed menstrual cycle is indicative of a change in the three main energies in the body –  Vata, Pita and Kapha.  Therefore, some of the means and therapies of Indian medicine can be applied to  harmonize the Doshas.

It is possible that the change in time will be followed by the strength of the bleeding, which can lead to prolonged fatigue, low blood pressure or anemia in women.

Ancient philosophy recommended in such situations  dietary regulation  to restore energy balance. The easiest way to achieve this is to include herbs and spices in your daily menu.

These are all those substances and ingredients  that have a positive effect on metabolism.  Ayurveda relies on turmeric, pepper, cinnamon, garlic, dill, ginger, thyme and more. They all support digestion, blood circulation and  elimination of toxins.

Menstrual problems are characteristic of  disorders of Dosha Vata,  which is responsible for movement and circulation in the body. It can be balanced with herbs, spices and foods, but also with soothing practices that  drive away tension and stress.

In the woman's menu are recommended: 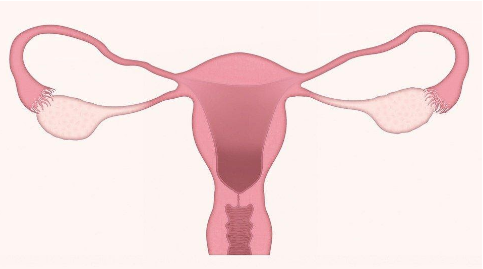 Vaginal discharge outside the cycle

Such a condition should be  consulted with a gynecologist  to assess whether further tests are needed. Fibroids, hormonal imbalances, vaginal inflammation, ectopic pregnancy, cystic ovaries, tumors are among the  possible causes of extramenstrual bleeding .

Also important is  the severity of the bleeding and its duration.  The specialist assesses what medications or medical interventions are needed.

Whatever the exact diagnosis,  a woman's body needs detoxification and strengthening of immunity.

Ayurveda can  help with herbal decoctions and oils,  to remove as quickly as possible the accumulated harmful substances, which are most often the result of an unhealthy lifestyle or polluted urban environment.  Regular meditation also restores the vitality of the body.

Every woman has  faced this gynecological condition  and it is not always a symptom of a disease. It can be a normal process in which dead cells and bacteria are released, which  the body restores the normal environment of the vagina.

However, it is good  to examine the course , so as not to miss the possible presence of infection. An important signal is whether the current changes its density, odor and color.

Bacterial infections  that are sexually transmitted  are not uncommon. Such are gonorrhea, genital herpes, gonorrhea and other diseases that  necessarily require medical intervention .

Ayurveda healers in such situations recommend quick cleansing, introduction of an appropriate menu, massages, herbal therapy and yoga practice. A comprehensive approach is  necessary for the successful outcome of the condition.  According to Indian medicine, the color of the current can be a guide to which of the doshas is unbalanced.

But in disorders of any of the three, fatty, fried foods, red meats and eggs should be avoided. The body is important to be hydrated as  the daily minimum is 8 glasses of water .

It is good to  consume red fruits  – blueberries, blackcurrants, pomegranates, raspberries and strawberries, which have a cleansing effect on the urinary tract.

It is good for a woman to do  regular herbal washes,  but not with very hot water. Decoctions with sumac, licorice and black thistle have antibacterial action.

Infertility is a serious gynecological problem that concerns not only a woman's physical health, but also her mental and emotional resilience. Impossibility to conceive is considered when a physiological problem or disease has been identified which is an obstacle to it.

If there is no established disease, but a woman in her prime cannot conceive for more than a year with a regular sex life without contraceptives or is unable to bear a fetus,  it is also infertility.

To determine the exact cause  doctors recommend that both partners be examined,  because it happens that there is a discrepancy between them or the man is sterile.

However, when  no medical problems are found,  infertility can be a temporary problem due to stress, tension, medication use, alcohol or drug addiction. Then  Ayurveda is suitable for restoring harmony in a woman's body .

It is best to do  complete therapy  with all appropriate therapeutic massages, steam baths, detoxification, therapeutic gymnastics and food intake that will  stimulate and balance hormones . In case of infertility, Indian medicine advises to keep the body in good general shape and to achieve  harmony with the emotions and desires of the woman. 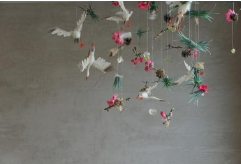 Menopause is  an inevitable period in a woman's life,  no matter how young and vibrant she feels. This is not a disease, but it is a period characterized by a lot of changes, which  respond very well with alternative methods.

Entering the  phase of menopause every female organism prepares and gives signals. Hot flashes, mood swings, irritability, depression, rapid heart rate, weight gain are among the  most common complaints before the final cessation of the menstrual cycle.

Ayurveda approaches this stage of a woman's life with various therapeutic methods that aim to  rejuvenate the reproductive organs of women.

It is achieved with herbs such as saffron, aloe vera, lemon balm, calendula or a combination of several plants with  beneficial effects on the mind and body.  The skin needs nourishment, for example with almond or coconut oil.

During menopause, as with most gynecological diseases,  women should be physically active and careful with food,  so as not to take too spicy and difficult to digest products. A good metabolism and a properly functioning digestive system are in direct dependence on the hormonal balance .

← How can Ayurveda affect the symptoms of chickenpox? Cancer and Ayurveda →